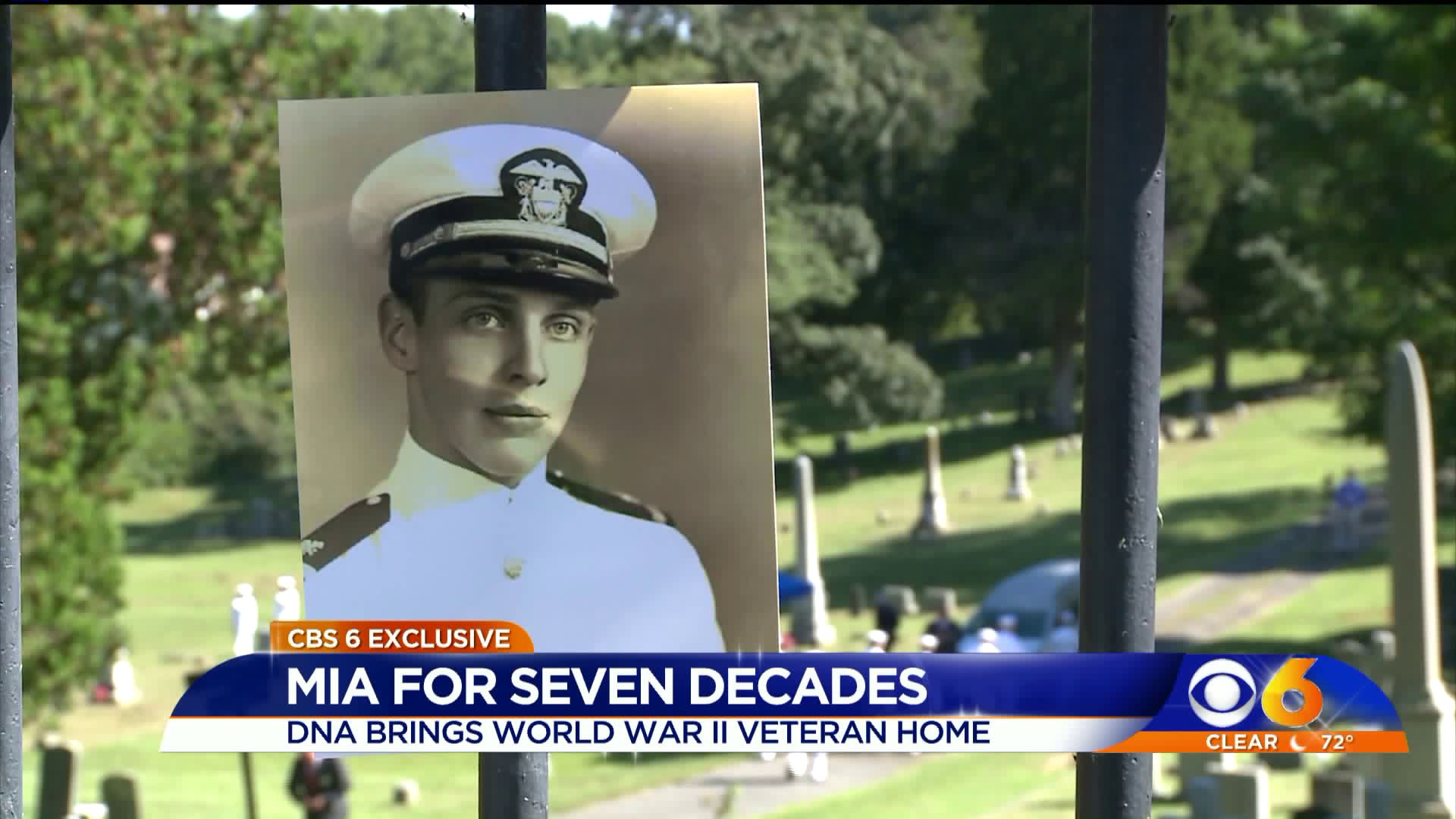 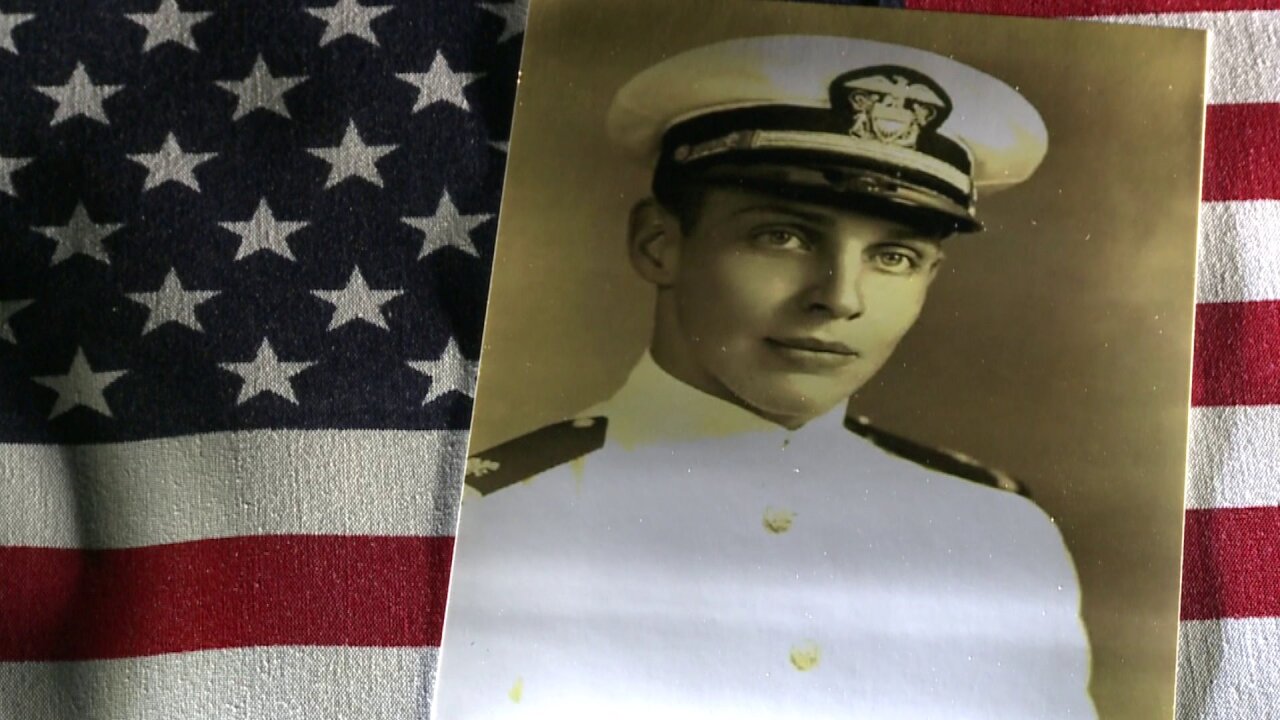 PETERSBURG, Va. -- It's impossible to measure a family's grief.

Even when decades go by and the remains of their loved one remained unidentified in a mass grave.

One family, generations later, still held out hope for a final resolve.

A New Jersey man, killed during the first wave on the attack on Pearl Harbor is now home, buried in the family plot at Blandford Cemetery in Petersburg next to his parents and grandparents.

It was a warm September day, seven sailors in crisp, white uniforms fired a 21 gun salute, as taps echoed in the distance.

"There's no greater honor than to be a small part of bringing him home," said Admiral Katherine McCabe, U.S. Navy.

With grace, respect and honor, sailors remove the flag from the casket, fold it and give it to the family, but this funeral is more than a burial.

"This is more of a happy occasion" said Chris Thompson, nephew of Ensign William 'Bill' Manley Thompson. "This is a homecoming and this is the completion of this story in our family."

It's a homecoming story that dates back 75 years, 9 months and 2 days, the day the Japanese attack Pearl Harbor.

The next day President Franklin D. Roosevelt addressed Congress. "Yesterday, December 7th, 1941, a date which will live in infamy."

The Japanese attack would sink or damage more than a dozen US Navy Ship and kill 2,403 Americans.

The USS Oklahoma capsized and on board was 21-year-old Bill Thompson.

Days later his parents received a telegram saying their son "was lost in action in the performance of his duty and in the service of his country."

Both his grandparents and parents, who have ties to the Petersburg area, never got over what happened and making it worse, Thompson's body was never identified.

Thompson graduated high school in 1937 and the University of North Carolina in June of 1941.

By September he was an Ensign on the USS Oklahoma.

"He was a very good son and he consistently wrote home," said Marjorie Thompson, his niece.

His last letter home, dated November 23, 1941, included how much he enjoyed Thanksgiving dinner, that he was considering buying a guitar and possibly a car, and that he needed to start Christmas Shopping, as the Oklahoma could be out to sea when the Holiday arrived.

He didn't live to see Christmas.

"My grandmother in fact, after Pearl Harbor, she had a plot reserved here for him, in the hopes he would one day be able to come home, they would identify him and bring him home," said Chris Thompson.

For decades a foot stone in Blandford Cemetery marked that spot.

Then a few years ago, the Navy asked for DNA samples from the family.

"I think it goes back to you're never forgotten" said Admiral Katherine McCabe.

"We've been very impressed that the Navy went to this trouble, this time, this expense and I think that does send a message that the country cares about it's veterans and MIA's" said Chris Thompson.

In April of 2017 there was a DNA Match and on September 8 the remains of Ensign William Manley Thompson were laid to rest in Virginia Soil and a new grave marker was added.

"You feel a sense of completion and justice" said Marjorie Thompson. "Yes he's finally home, he's with his family now."