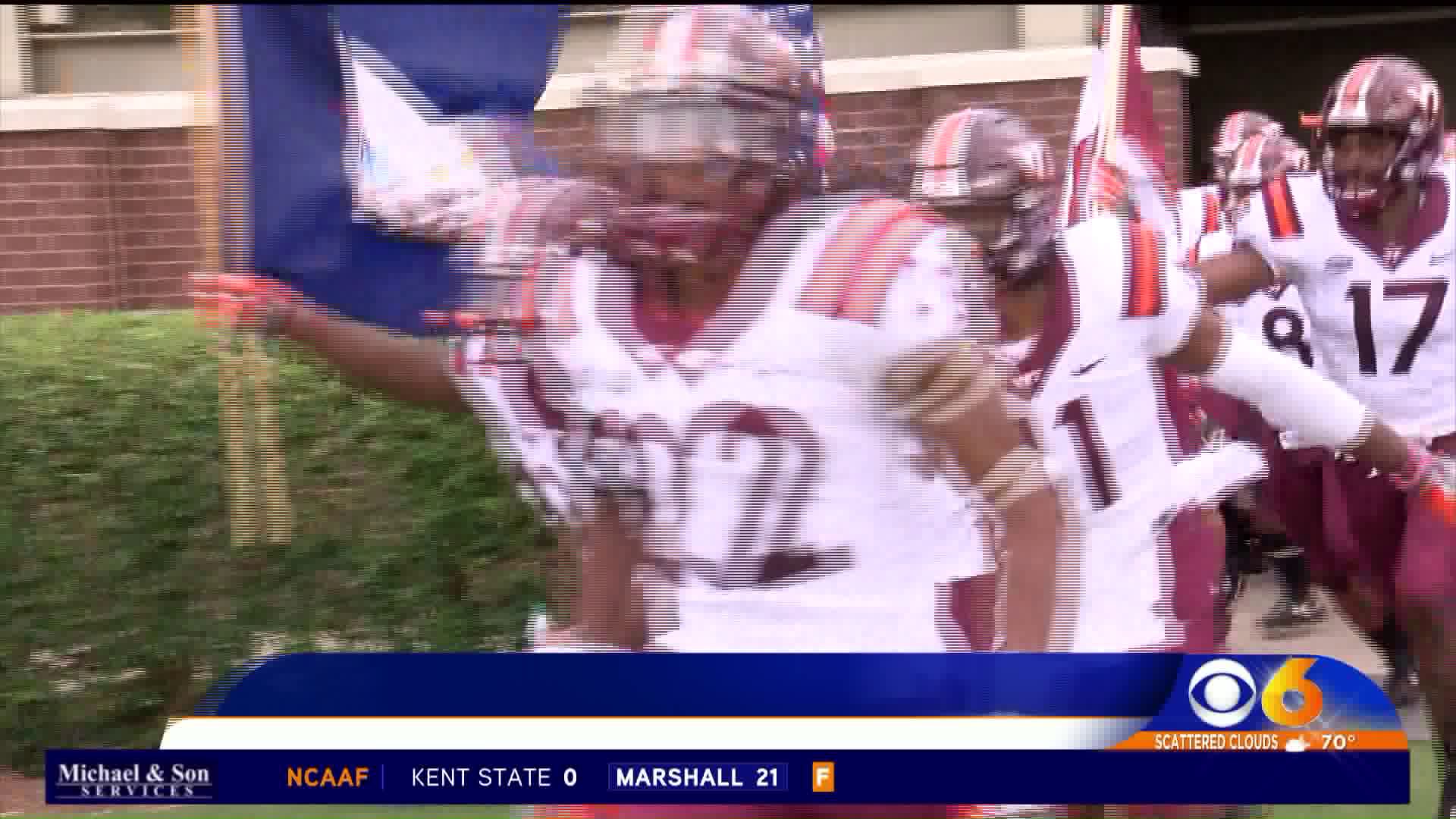 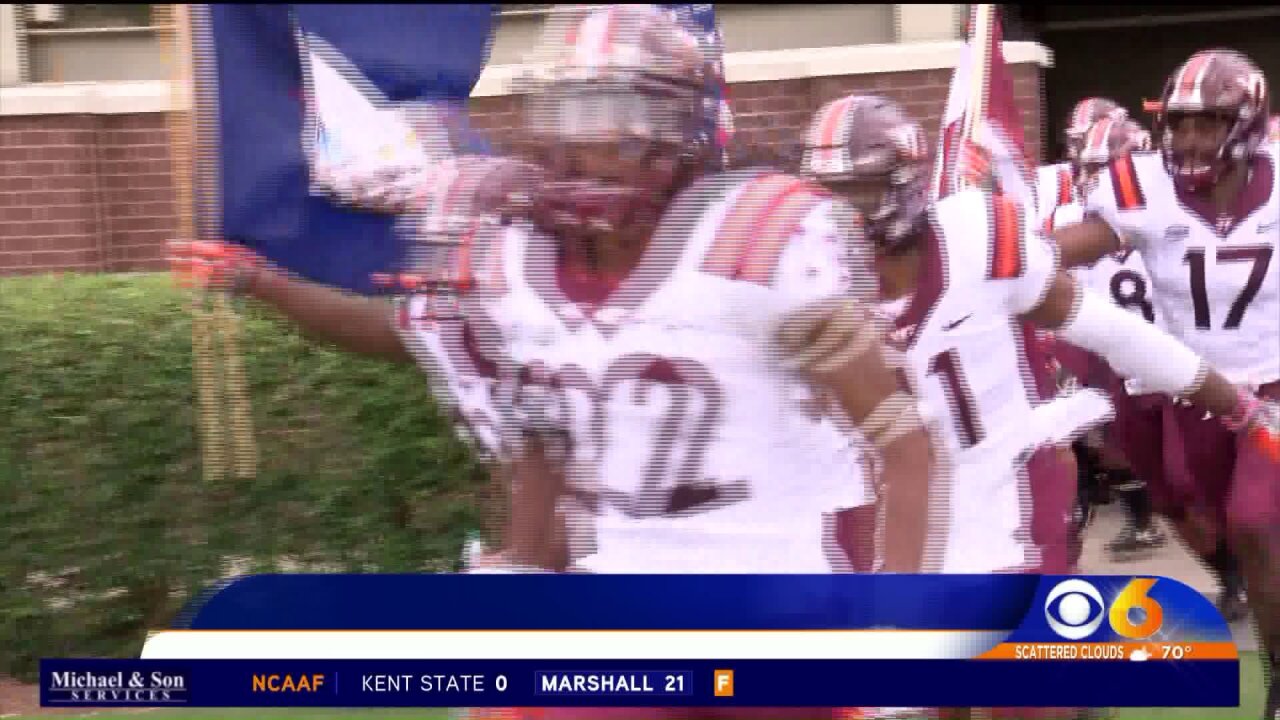 It was a busy Football Saturday around the state.  Virginia Tech improved to 3-0 after a 64-17 win at East Carolina.  Cam Phillips set a single game school record with 14 catches; Josh Jackson threw for 372 yards and five touchdowns.

In Charlottesville, UVA matched their win from all of last season after they beat UConn 38-18.  Quarterback Kurt Benkert threw for 455 yards and three touchdowns in the win.

Down in Norfolk, ODU couldn't pull off the upset as they fell to North Carolina 53-23.  The Tar Heels had 511 yards of offense.

At Robins Stadium, Mike London's return to Richmond was overshadowed by Spiders quarterback Kyle Lauletta, who set a single game school record six touchdown passes in a 68-21 win.  London coached in his first game at Richmond since leaving for UVA after the 2009 season.

JMU racked up 728 yards of offense including 472 on the ground as they beat Norfolk St. 75-14.  The defending FCS National Champs won their 10th straight at home.

William & Mary won their 2nd in a row after they beat Bucknell 30-9.  Former Lee-Davis standout Nate Evans rushed for 89 yards and a touchdown in the win.

Winston Salem State made the trip to Hovey Field and edged Virginia Union 21-20. Rams running back Kerrion Moore rushed for a game high 129 yards along with a touchdown in the win.