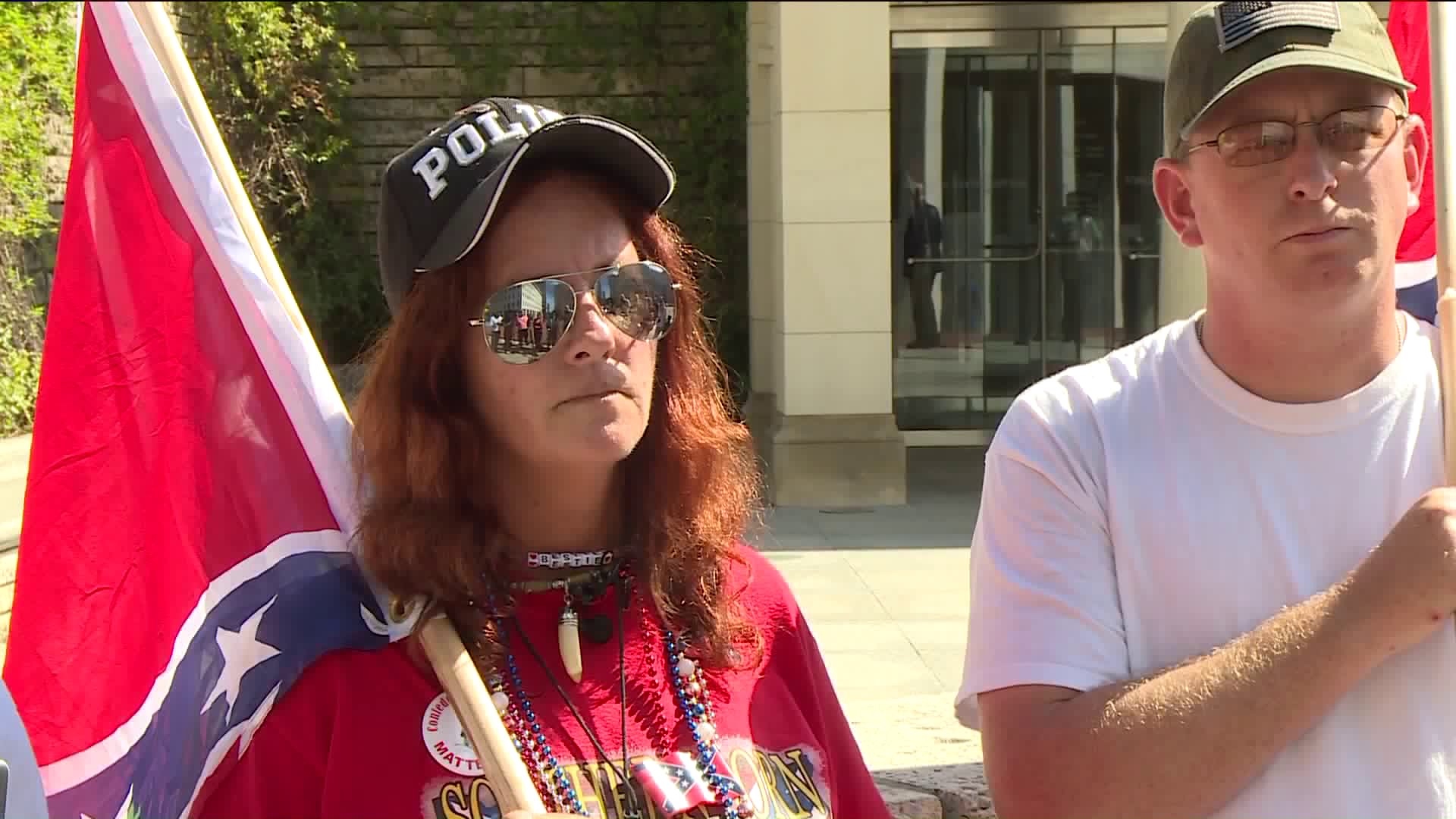 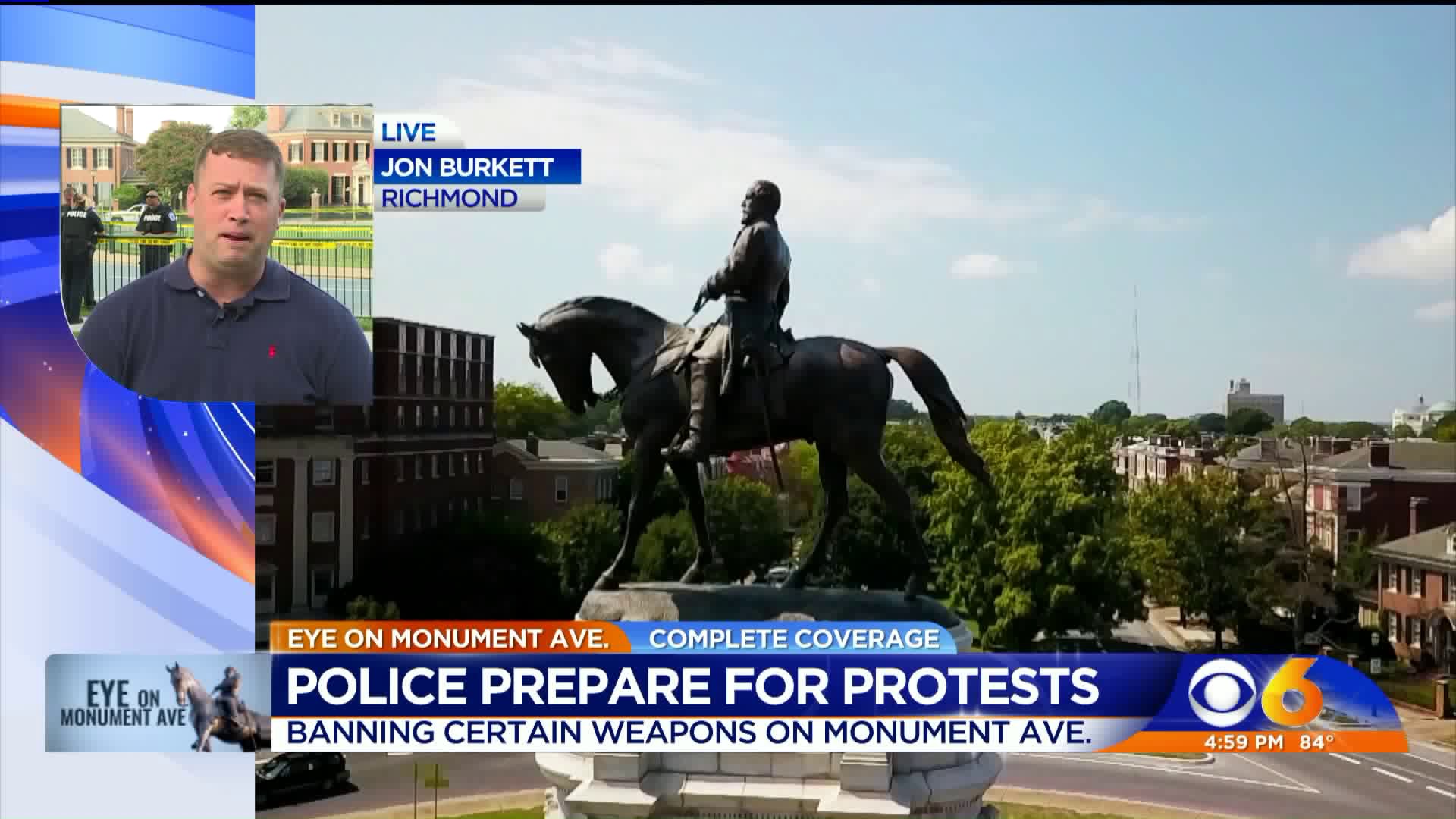 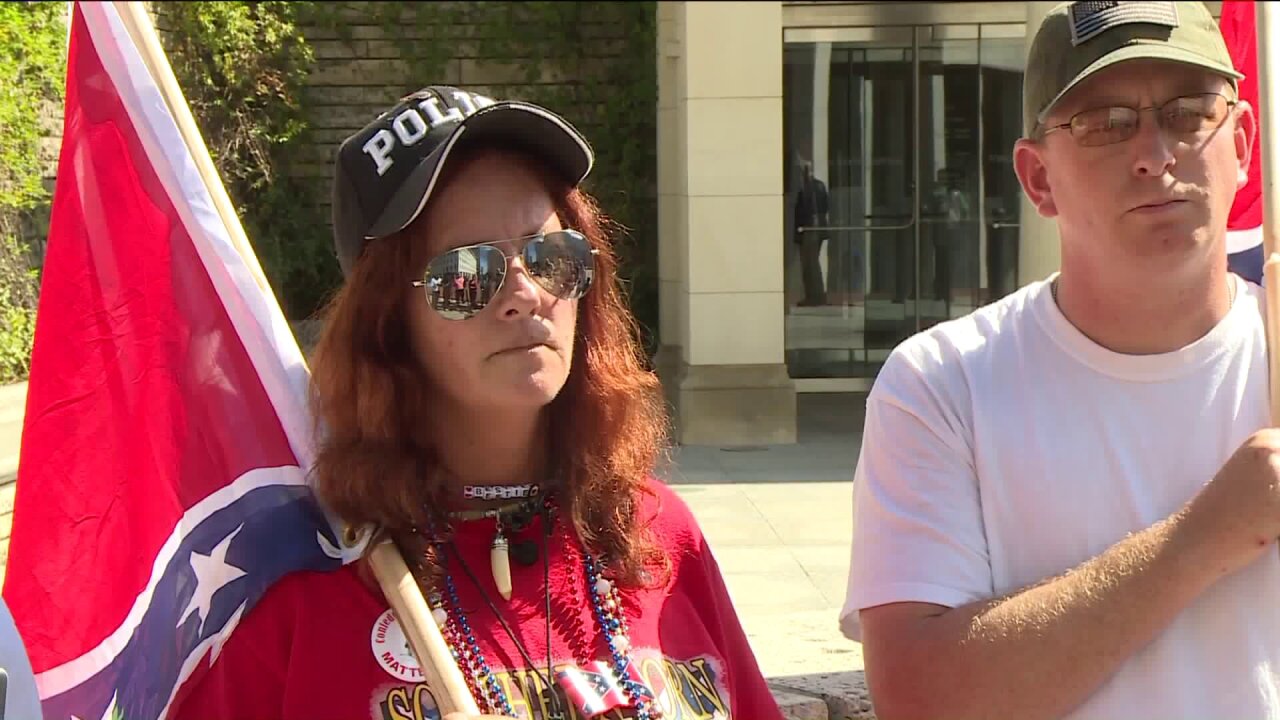 RICHMOND, Va. -- Organizers of Saturday's Confederate monument rally in Richmond explained why they traveled here from out-of-state for the weekend demonstration.

"We're here to stand up with Virginia residents who requested our assistance here," Tara Brandau, a CSA II: The New Confederate States of America leader from Florida, said. "We're here out-of-state... but everyone else that we're going to be standing up with tomorrow are Virginia residents."

The group's unpermitted "Heritage not Hate" rally was scheduled to begin Saturday morning at the Robert E. Lee Monument on Monument Avenue in Richmond. Their goal is to speak up in support of the Confederate monuments after some cities voted to remove their statues.

There is no such vote on the table in Richmond, which served as the Capital of the Confederacy.

In anticipation of a large turnout of rally protesters, Richmond Police began to blocking off portions of Monument Avenue Friday morning.

"I would like everyone to know we are cooperating with police... they are here for everyone's safety," Brandau said.

Richmond Police said they hoped Saturday's rally and protest remained peaceful, but noted the event came one month after a similar rally in Charlottesville turned violent.

"I hope nobody loses their lives tomorrow, on either side, I really do. That's not why we are here," Brandau said. "We came here to help the people that want to stand up for the monuments."

Jessica Lawrence, a Richmond activist who planned to march Saturday from the new Maggie Walker statue on Broad Street to Monument Avenue, interrupted the group's 11 a.m. press conference outside the Virginia State Capitol. She told the out-of-state neo-confederates to leave Richmond.

"You're causing trouble in our city," Lawrence yelled at the group. "It's only been one month since Heather Heyer was killed in Charlottesville. Have you no sensibility?"

While Richmond Police said they would enforce a strong no weapons policy inside the protective gates around the Lee monument, those who attend the rally would be allowed to carry guns because Virginia is an open carry state.

Anyone who showed up to the rally wearing masks or carrying other weapons would be arrested, police said.

"How do you recommend that counter protesters protect themselves from being shot on Saturday?" one woman asked Richmond Police Chief Alfred Durham during a Thursday night community meeting.

"My recommendation, and don't take this the wrong way, don't show up,” Durham replied. “Don't show up."

While there would be no police pat-downs at the rally, police said bricks, poles, and other types of weapons will not be allowed. Protesters who tried to conceal their identities with masks would be arrested, no questions asked.

"We don't exactly know who is coming,” Durham said. “That's the struggle here."

Durham reminded Richmonders that parts of Monument Avenue and some surrounding streets would have different traffic and parking patterns.

Chesterfield Police, Henrico Police , Virginia State Police, and Capitol Police would be on hand in an effort to keep the peace.