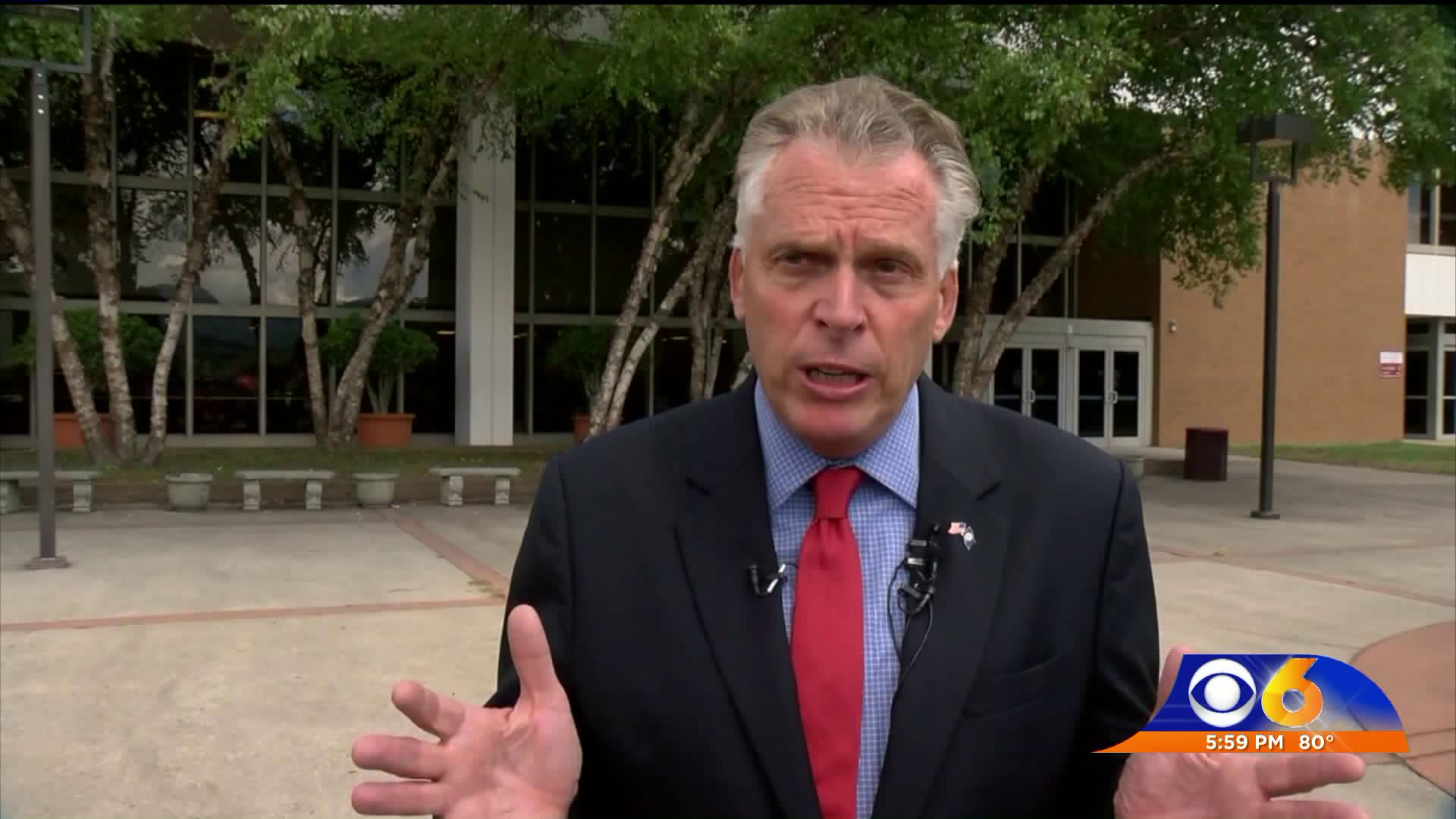 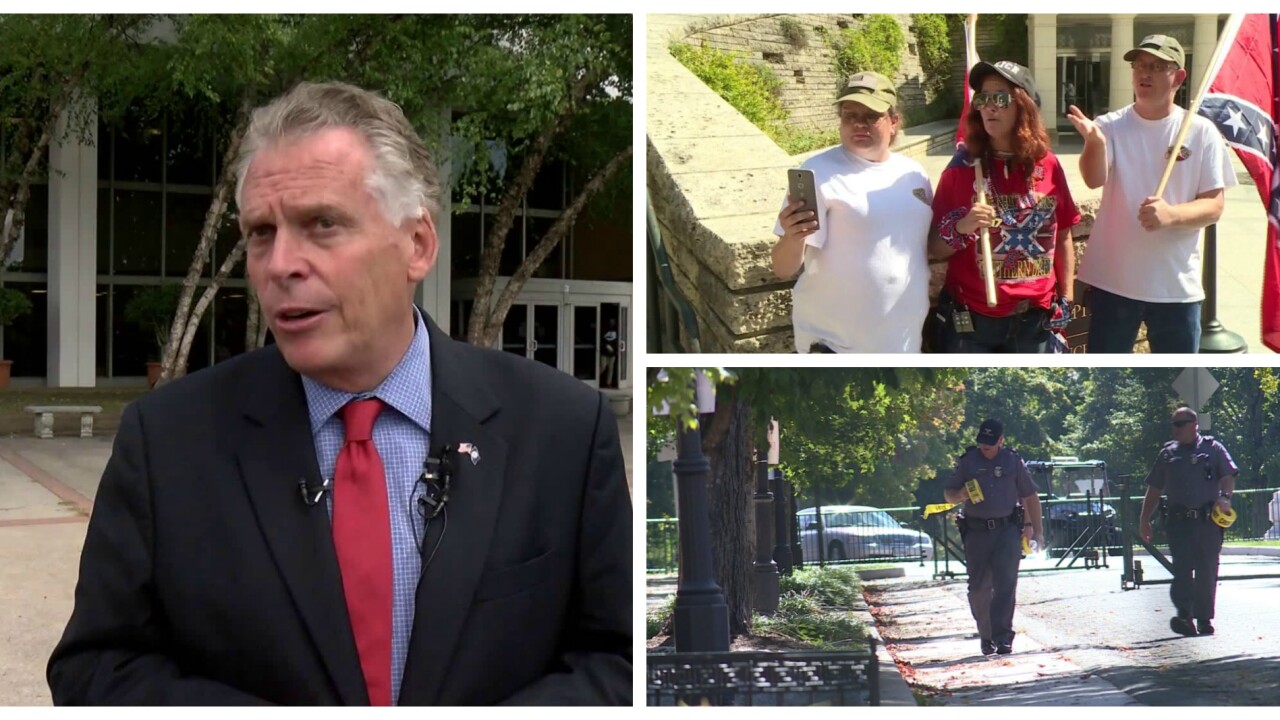 "Come in, enjoy it, say whatever you want. I may not like what you’re saying, but you know what you have the right to do it,” said McAuliffe. “But you do not have the right to do violence and if you do something to hurt our citizens or our property we're going to arrest you."

A Confederate group called CSA II: The New Confederate States of America plan to host an unpermitted “Heritage not Hate” rally at the Robert E. Lee Monument Saturday morning. Other groups with opposing views, including Black Lives Matter of Greater New York and Antifa are expected to attend the rally as well.

McAuliffe said he doesn't want a repeat of the violence during a white supremacist rally in support of Confederate monuments in Charlottesville last month.

He said he has been in contact with law enforcement officials all week and he believes they are prepared to handle this weekend's events.

“Several Virginia agencies, including the Virginia State Police and the Virginia Department of Emergency Management will be providing resources to the City of Richmond and coordinating with their counterparts in city government throughout the day as we all monitor this event,” he said.

McAuliffe also had a message for residents who may be in the area on the protests Saturday.

“I urge Virginians who have no reason to be in the vicinity of these protests to steer clear of the parts of Monument Avenue where it will be held so that law enforcement can perform the task of keeping people safe,” he added.

He went on the say that he strongly opposes the ideology of Saturday’s demonstration, and Virginians who feel the same way should ignore it.

“The best way to express that opposition is to avoid giving these hateful groups more attention than they deserve,” said McAuliffe.