Richmond’s long and vexing history as a murder city 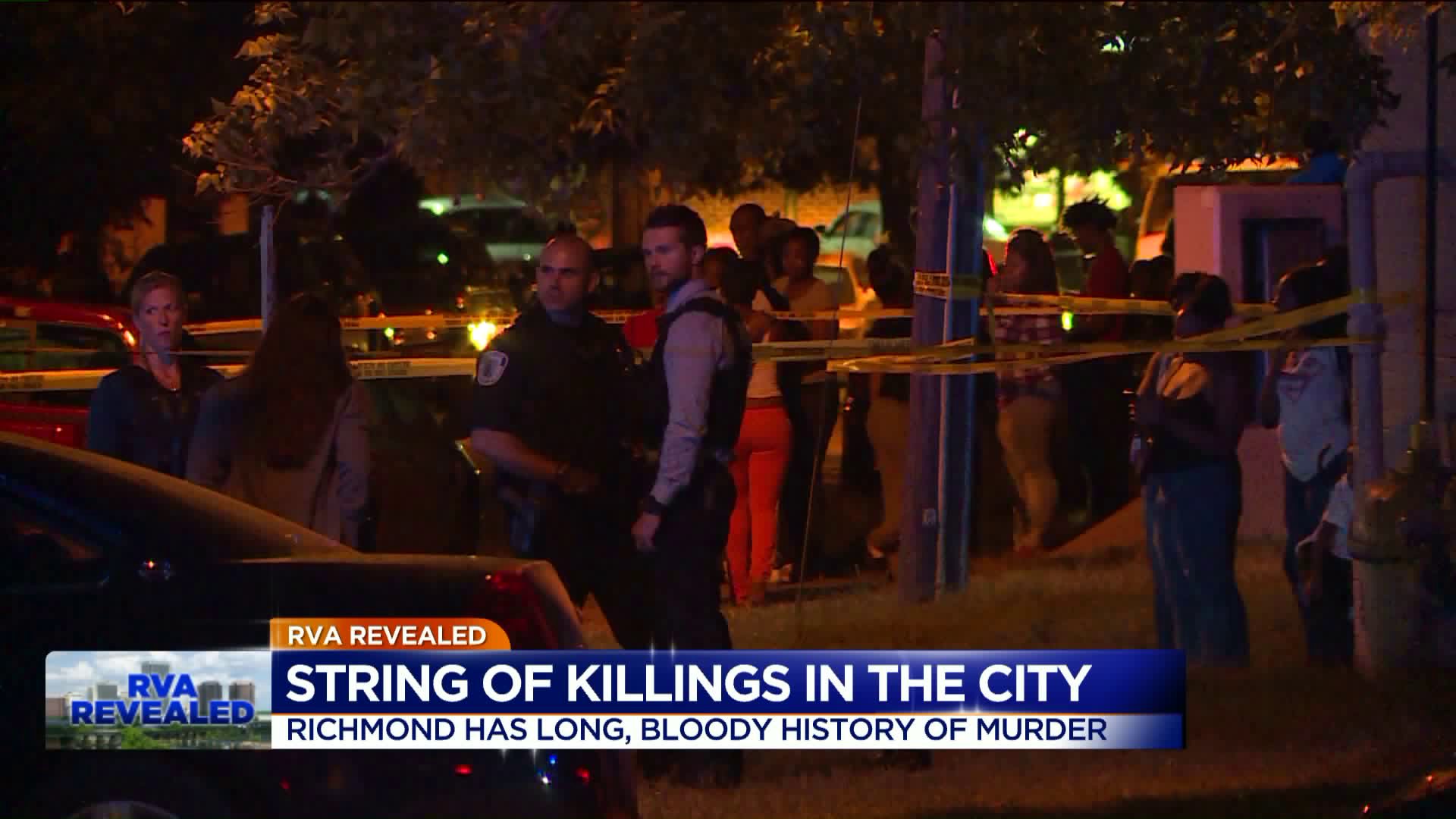 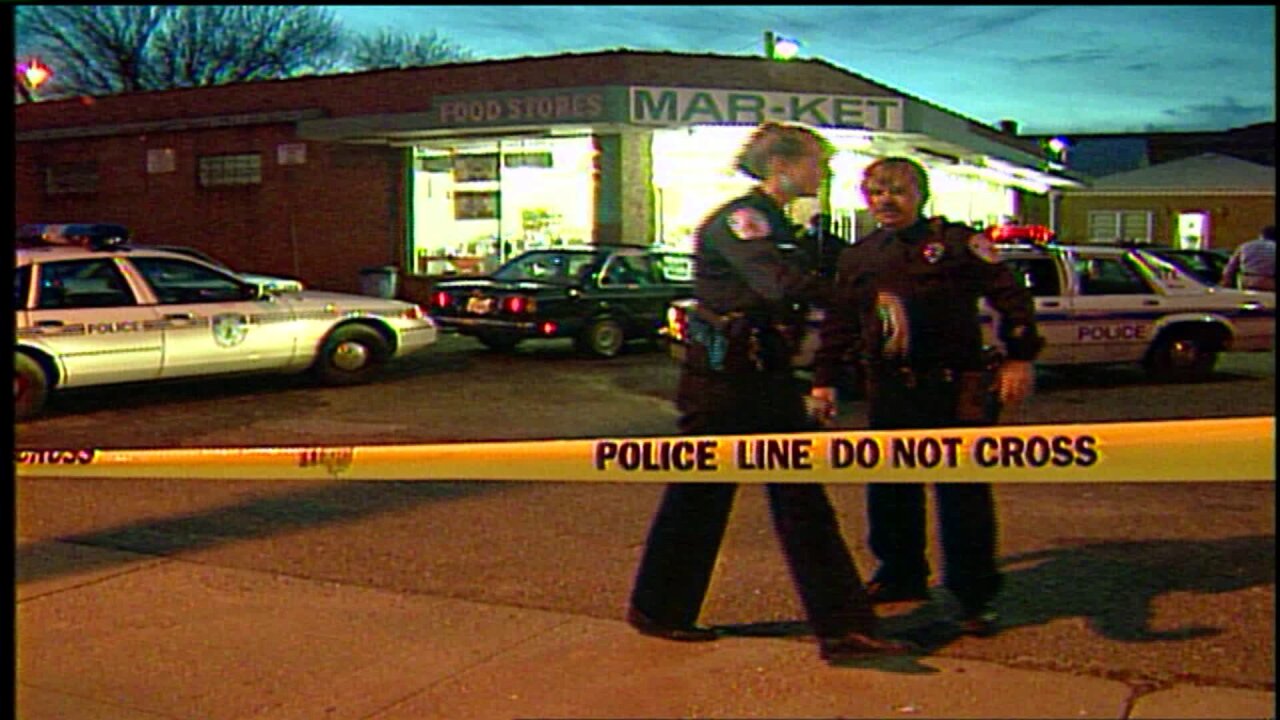 RICHMOND, Va. -- The startling run of murders in Richmond during the past two weekends has the mayor and police chief making "a plea for peace."

"We're tired of being beaten up," Chief Alfred Durham said. "We need your help."

There's no question Richmond is seeing a vicious spike in homicides during the past year and a half.

But these spikes - along with a steady drain of human life - have long been a part of living in a killing city, historic homicide reports and records show.

By 1942, there were 43. (Some old news accounts reported 44 that year.) The headlines were similar to the ones we're reading today:

"Big increase in murders in Richmond"

Headline back then in the Richmond Times- Dispatch: "Manslaughter and murder soar in city. Increase in firearms blamed by police."

There's no question firearms were a big problem In the early 1900s, including revolvers, rifles and sawed-off shotguns.

But homicide reports in the '30s, '40s and '50s were also thick with ice picks and knives and fatal beatings attributed to a variety of instruments, including fists.

Back in the '30s and '40s, there were lots of domestic murders - women killing their wayward husbands and vice-versa, a good number of them getting away with it.

"I loved him and he drove me to it," Patricia Boyer said after she blasted her cabdriver boyfriend with a .22 rifle.

In 1936, a Mrs. Smoot allegedly said "I'll kill him before I'll let anybody else have him," before killing her long-cheating husband.

But many of the homicides were a result of arguments, fights and robberies. They occurred in homes, alleys, outside of pubs and pool halls.

White homicides often got more in-depth treatment in the news than the usual few paragraphs for black victims.

But the black-on-black violent crime problem was stark and bluntly reported on 75 years ago:

"Why were there 11 times as many homicides committed by Negroes in Richmond last year than by white persons?" asked the first line of a newspaper report in February of 1941.

There was lots of blame going around, including light jail sentences, environment, segregation and the legacy of enslavement.

By the early '50s, the public discussion of the subject - and the sensitivities surrounding it - had it sounding very much like the discussions of today.

Even the locator map of murders back then looked remarkably similar to the ones of today - the same festering pockets of concentrated poverty that continue today. This past weekend we saw four killed in the Gilpin Court housing project, built in old Jackson Ward in 1943.

Old murder files show some surprises, like the 1946 murder trial of white Richmond officer Edward Dooley for fatally shooting suspected gambler Walter Willis "as the Negro fled after striking the officer with a blackjack," according to the Richmond Times-Dispatch report at the time. The reported twists and turns and passions surrounding the case made it read like it happened today.

The city was all-but killed by the skyrocketing murder rates during the crack cocaine years in the late 1980s through the mid-90s. It peaked in 1994 with 161 slayings, making Richmond the second deadliest city - per capita - in the nation.

The decline since then has been steady and amazing, dropping down to 32 in 2008, and then spiking up more recently to 61 last year, with perhaps even a larger number this year.

This spike has city leaders asking the same questions that generations of mayors, council members and police brass have in this deadly southern city.

What's causing it and how to stop it?

Put in historical perspective, Richmond is having another spike in homicides similar to the smaller ones in the early 1940s and the 1970s, but nothing like the 1990s.

And the roots of the tragedies - and where they are concentrated - remain stubbornly similar based on news reports then, and now.

Sixty and seventy years ago, city leaders were talking about hiring blacks in the police department and about "economic conditions" and "educational opportunities" to slow the steady tide of death.