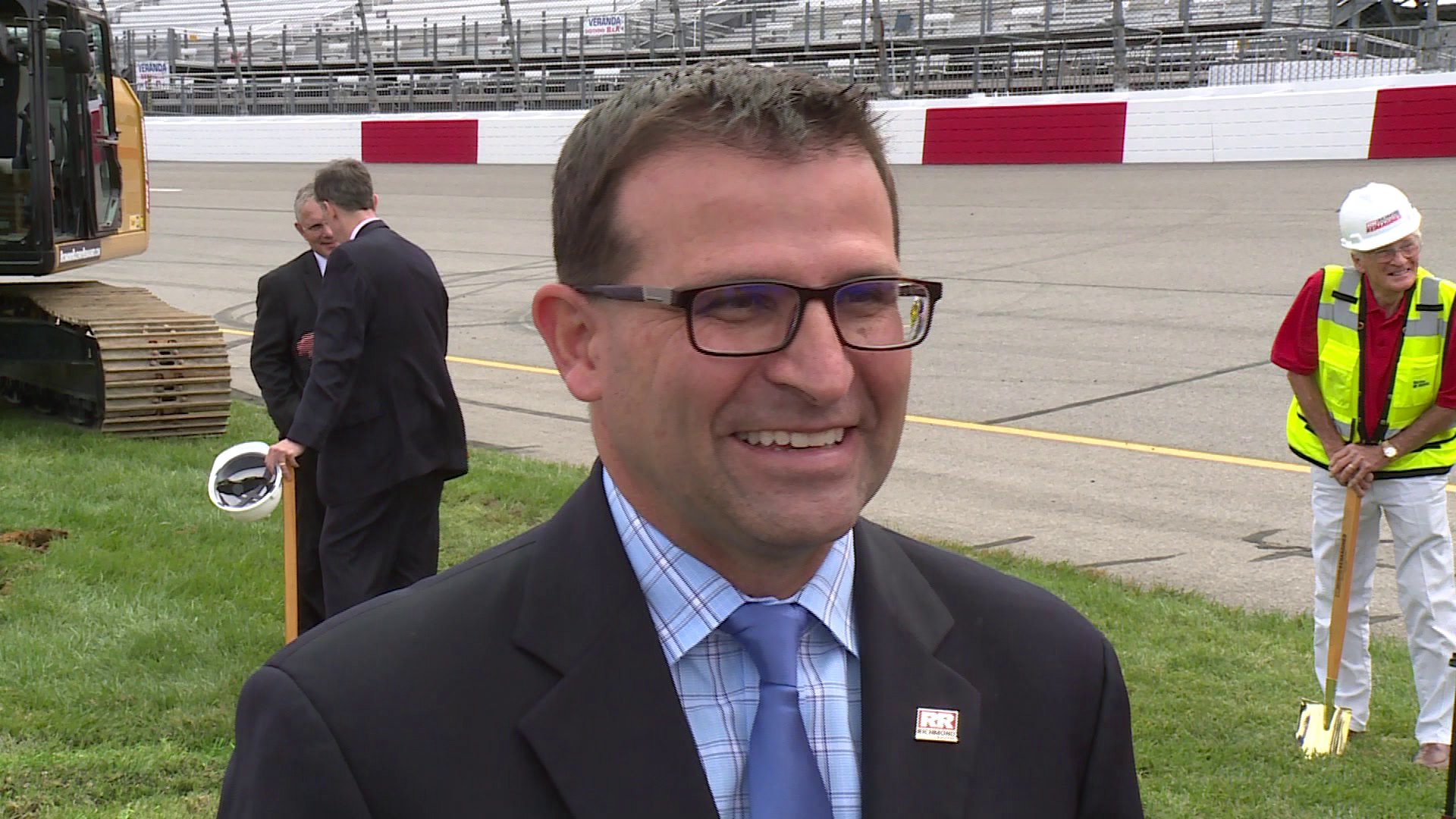 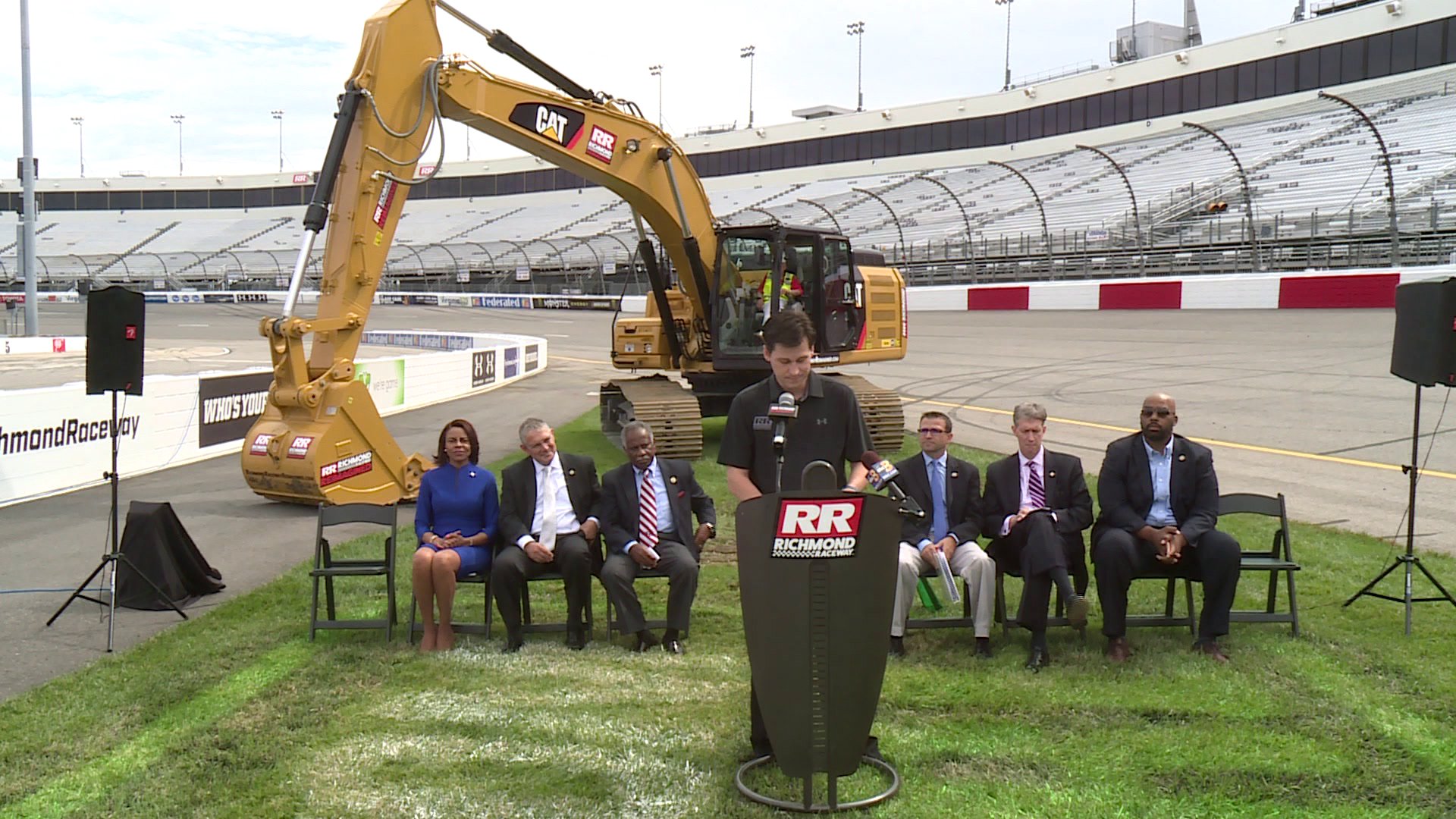 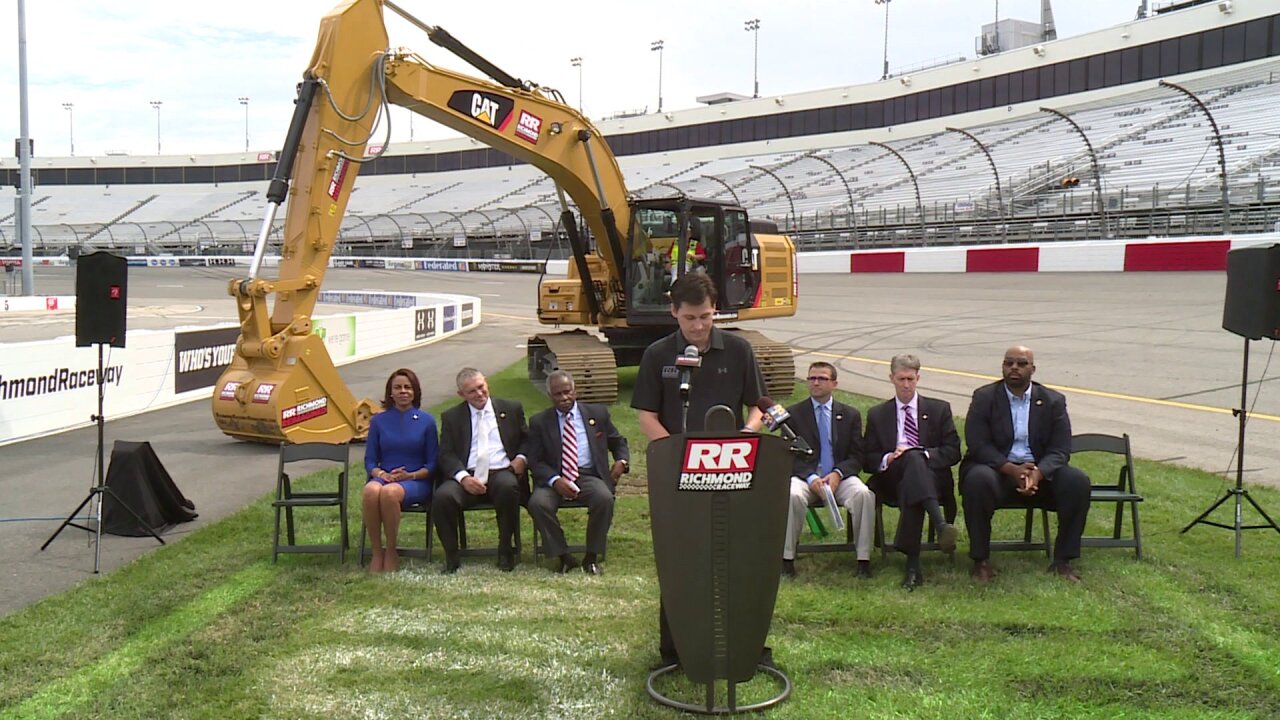 Henrico, Va. – Tommy Enroughty was not a backhoe operator by trade, but he found himself in the seat of an earth mover at Richmond Raceway Thursday morning.

What Enroughty had done was attend every race at The Action Track since 1959, and for his loyalty, track officials wanted him to be a part of the groundbreaking for the track’s $30 million renovation project.

Officially announced back in July, the project will completely overhaul the entire infield at the 3/4 mile oval to include new garages, a new media center, and new ways for fans to get closer to their favorite teams and drivers.

"It's an exciting day to get it started" said track president Dennis Bickmeier. "But then I quickly turn to the aggressive timeline that we are working under."

The Raceway plans to have the project completed in one calendar year, in time for next September's racing weekend. That will mean the track will be somewhat under construction when NASCAR returns for the first time next April.

"There's a lot of moving parts" Bickmeier explained also noting there will be a new pedestrian tunnel connecting the outside of the track to the infield. "The racetrack will have a big chunk taken out of it in a couple of weeks so we can pull the old pedestrian tunnel out and put in the new one which will be twice as wide and allow for a lot more flow for fans into the infield."

The asphalt currently covering much of the infield will also be dug up at the same time to allow for major upgrades to the infrastructure. Parts of the Raceway have not been this disturbed since the track was reconfigured from 1/2 mile to 3/4 of a mile back in 1988.

"There's a lot of old stuff under there that's going to be coming up" Bickmeier said. "Every once in a while, we'll see a leak somewhere and we'll be like 'We didn't even know there was a pipe there!'. All that is done now. We're going to know what's under ground and if something breaks, how to go fix it."

Bickmeier was joined by Todd Haymore, Secretary of Commerce & Trade for the Commonwealth of Virginia, Delegate Lamont Bagby of the Virginia House of Delegates, John Vithoulkas, Henrico County Manager, Frank Thornton, Vice Chairman of the Henrico County Board of Supervisors, and Rita McClenny, President & CEO of the Virginia Tourism Corporation.

The new modernized infield will also include fan viewing of the inspection stations, new interactive fan engagement areas, an 80-person club experience with rooftop access that will overlook Gatorade Victory Lane, and two new garage suites with a view into the Monster Energy Series garages.