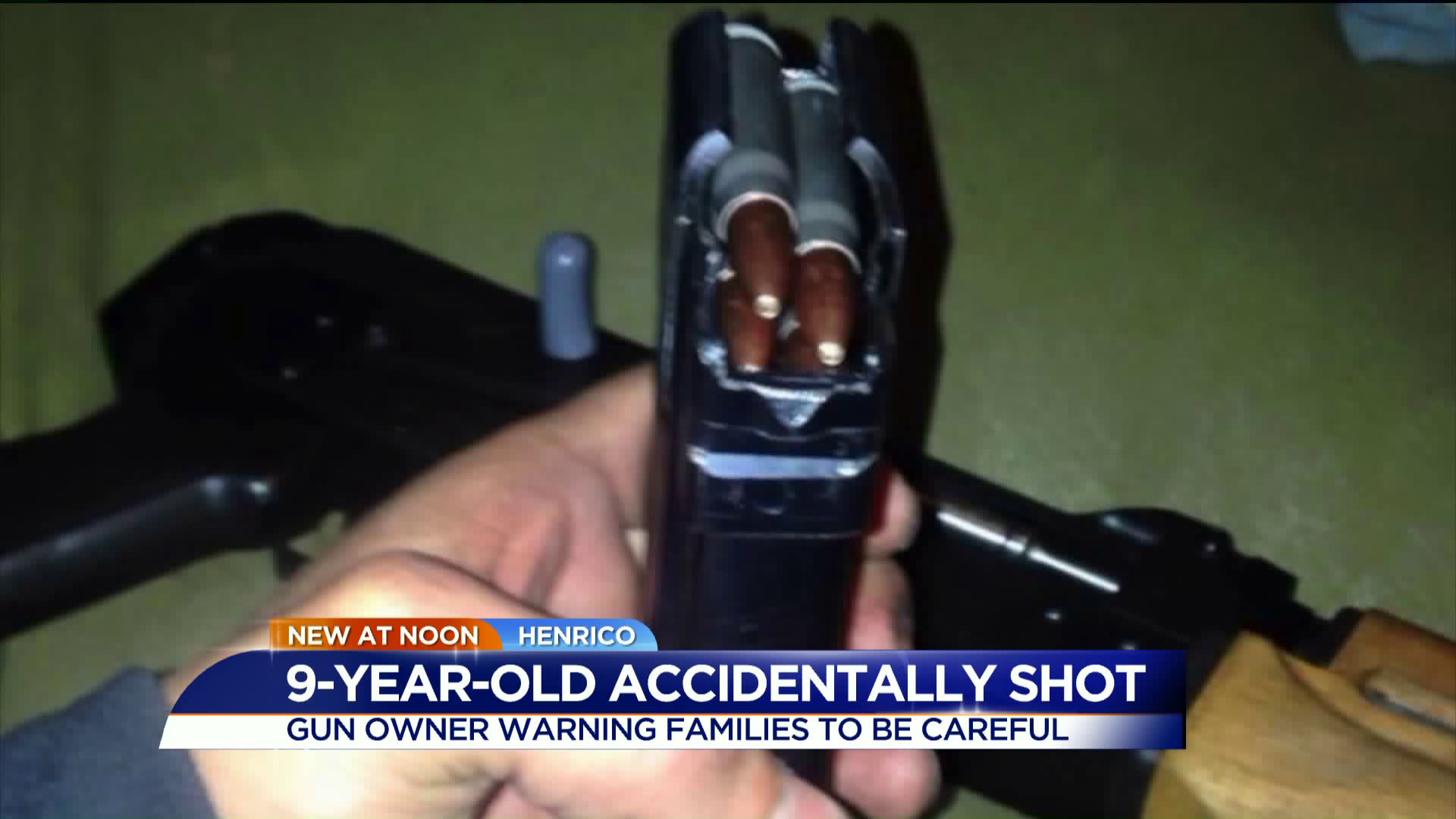 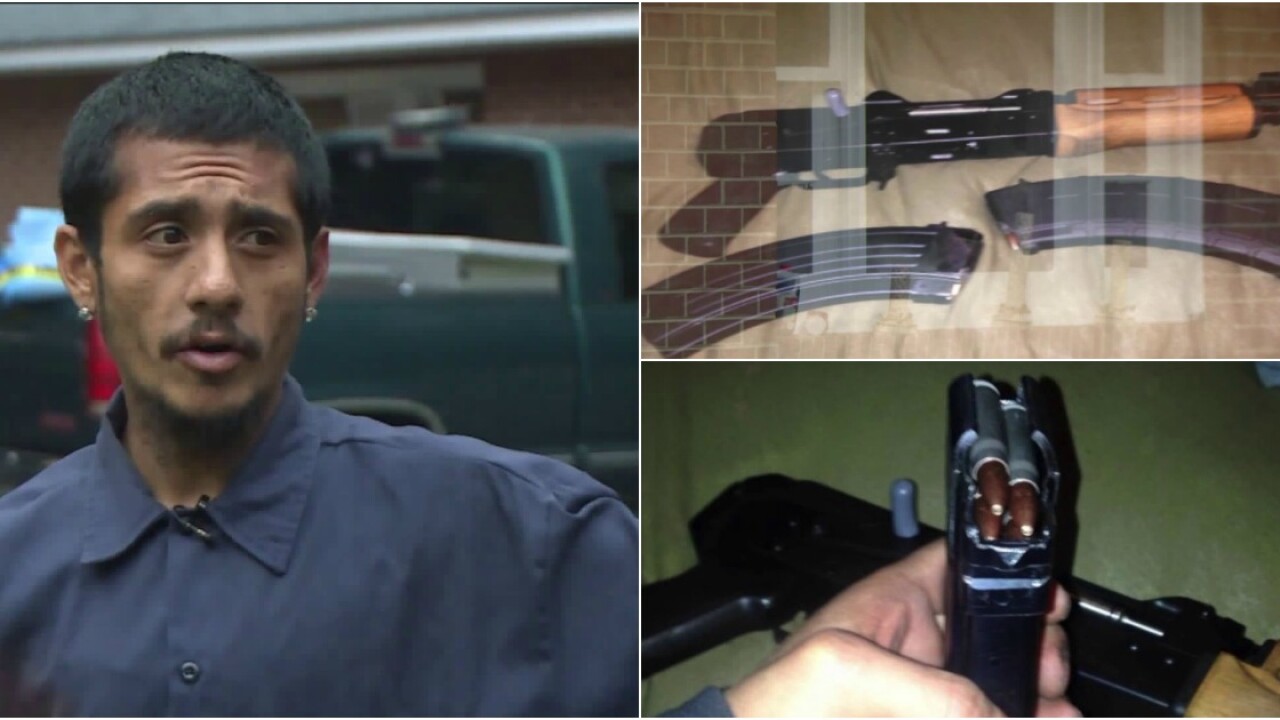 HENRICO COUNTY, Va. -- The owner of the gun used to shoot a nine-year-old boy at a Sandston home said he regretted ever inviting his friends over in the first place.

Carlos Suarez, 23, said he agreed to tattoo his friend in his La France Road garage Tuesday night. He said he allowed her to bring her nine-year-old brother along while he worked.

"It's my favorite gun," Suarez explained. "It's one of the most powerful, deadly weapons there is."

The teenager, Suarez said, was playing with the AK-47 while Suarez worked.

Suarez admitted the gun was left out on a table, but said it was not loaded prior to his friends arriving.

Suarez said after he heard the blast, he watched the boy stand up.

Blood was running down his back.

The bullet, he said, went through the nine-year-old boy's chest and out his back.

"When I seen the blood I just ran and picked [the boy] up, then put him in the car," he said.

On the way to the hospital Suarez said he lost control of his car and crashed.

"[The boy's] sister was yelling and screaming and I'm over here trying to keep the boy awake," Suarez recalled.

Neighbors who heard the initial gunshot called 911. Paramedics were on their way to the home for the shooting when Suarez crashed.

"I wasn't just about to let a nine-year-old die in my garage. I couldn't let that happen," Suarez said.

The injured boy was conscious and able to walk around while waiting for paramedics to arrive, according to witnesses.

The boy, whose name was not released, was listed in stable condition at the hospital, according to sources.

Suarez said he knows the shooter, who police took into custody, did not intend to shoot the boy. Police confirmed they believed the shooting was accidental.

"I regret bringing them all over here to do a tattoo," Suarez said.

Hours after the shooting, Suarez's garage remained wrapped with crime scene tape. As of noon Wednesday, police had not charged Suarez with a crime.