This is the biggest fire ever for LA 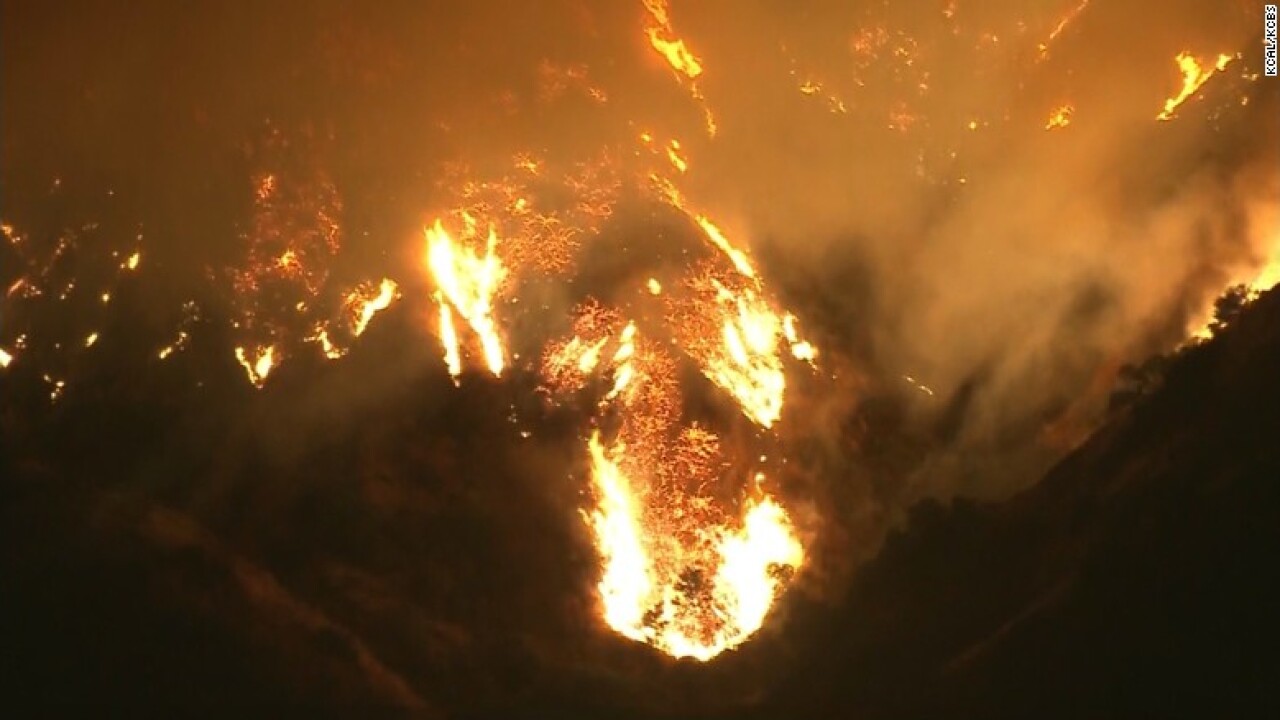 More than 5,000 acres have burned in the intense La Tuna brush fire near Burbank, California, forcing people from their homes, shutting down an interstate and sending massive plumes of smoke in the air, the Los Angeles Fire Department said.

Los Angeles Mayor Eric Garcetti signed a declaration of local emergency Saturday instructing all city agencies to "take all necessary steps to protect life and property in the area" affected by what is now the largest fire the city has ever seen.

"The La Tuna Canyon Fire is an emergency that requires all available resources to protect our residents and keep our homes and other structures out of harm's way," Garcetti said in a statement.

Mandatory and voluntary evacuations were taking place, Capt. Branden Silverman said Saturday, but there were no reports of injuries. He suggested that everyone have a plan to evacuate if the need arises. Burbank is in Los Angeles County.

The fire remains at 10% containment since it broke out Friday and tore through the La Tuna Canyon Park area of the Verdugo Mountains, the Los Angeles Fire Department said.

Garcetti said in a press conference earlier Saturday that 300 homes in Burbank and 180 homes in Los Angeles were under evacuation orders.

At least 100 firefighters who were sent to Houston to help in Hurricane Harvey recovery efforts were heading back to California to help with the fire, he said.

According to Terrazas, it is the largest fire, by acreage, that the Los Angeles city area has ever seen.

One home has been lost to the fire, he said.

"These weather factors will result in the potential for rapid fire spread in the warned area through at least Saturday evening," the weather service said.

Meanwhile in Oregon, 140 hikers were being evacuated Saturday after a fire broke out southeast of Portland near the Eagle Creek Trail.

"We don't believe any of the hikers are in any danger at this point in time. The groups are believed to be far enough away from fire (not) to be in any immediate danger," said Joel Ives, spokesman with the Hood River County sheriff's office.

The fire has burned between 50 and 100 acres since it broke out at about 1 p.m. on Saturday.

Cameron Wong was hiking at the trail with friends when they looked over a ledge and saw trees on fire.

"We started smelling smoke and felt heat, so we looked around, heard crackling, looked down the rail and right below there was a fire that jumped up on the trail just a few minutes later," Wong told CNN affiliate KPTV. "There were kids there screaming. The fire had jumped on the trail and it was burning all around the rail ... and then we ran out of there."

The trail remained closed Saturday as firefighters worked to put down the blaze, officials say.

"Some of these people will be getting out soon, but others may have a very long night ahead of them," Pawlitz said.