Dad who played during flood to get new piano 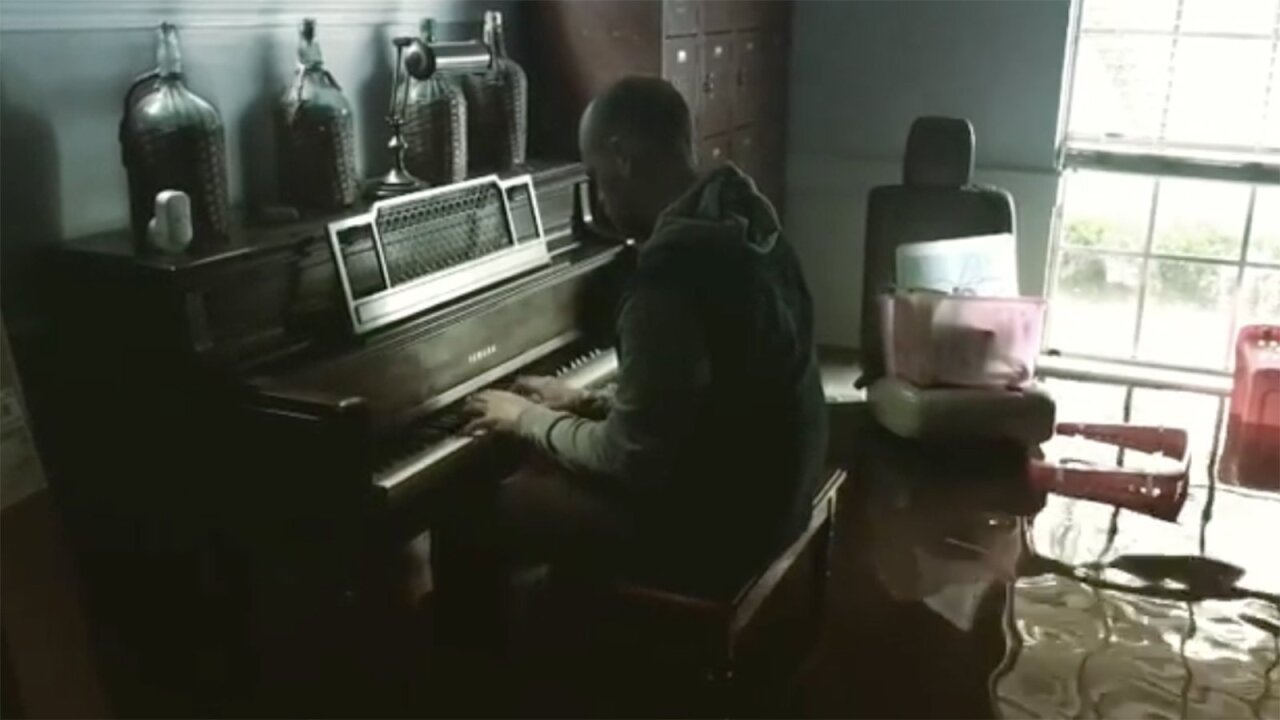 Aric Harding returned to his flooded home in Friendswood, south of Houston, to pick up some things. Then he decided to play the piano.

Aric Harding returned to his flooded home this week in Friendswood, south of Houston, to pick up some stuffed animals and toys to comfort his seven children, who were taking shelter at a nearby house.

One of his sons is an avid piano player and was concerned the family’s piano would be destroyed by the floodwaters. When Harding found the water hadn’t covered the piano, he sat down and began to play.

“I decided to take a moment and play and take it all in,” he told CNN on Thursday.

Harding posted a video of the moment on Instagram with the caption, “I think it’s all finally sinking in a little. What we used to have going as a city is gone. I really think God is going to do something completely new here. I am excited to see the new beauty in the suffering.”

Harding, whose children range in age from 5 to 13, said he’s been heartened by the response to the video.

As Harding and his neighbors were beginning the cleanup operation, Grammy-nominated singer-songwriter Vanessa Carlton saw the piano video online and wanted to help.

Carlton tweeted CNN, “This story is so important. Is there a way I can get his contact info? I’d like to get him a replacement piano if this one doesn’t make it.”

CNN connected the two, and they spoke Friday morning. “She was so nice,” Harding said. “She said once things settle down she wants to make it happen.”

And it looks like the Harding family will get a new piano thanks to help from the singer. Speaking Friday to CNN’s Anderson Cooper, Carlton revealed that Yamaha, the musical instrument company that sponsors her, has agreed to replace the piano.

“Actually, I haven’t told (Harding) yet,” Carlton said. “He represents a lot of people down there who are musicians, and as you know a lot of these people don’t have flood insurance, and when they replace their items, they replace their essentials first. Being a musician, music is like oxygen. It is an essential.”

Carlton said she cried watching the video of Harding playing in his flooded living room.

“I’m sort of here, representing all of the musicians down there that are going to need their instruments replaced,” she said.

Reacting to the news, Harding tweeted on Friday night, “We are ecstatic here at the Harding House!!! Huge thanks to all of you guys!! Now I gotta get the house together so we can house the piano.”

Carlton is calling on manufacturers and others to donate musical instruments to Hurricane Harvey victims. “Sometimes music is the only thing that gets you through,” she tweeted.