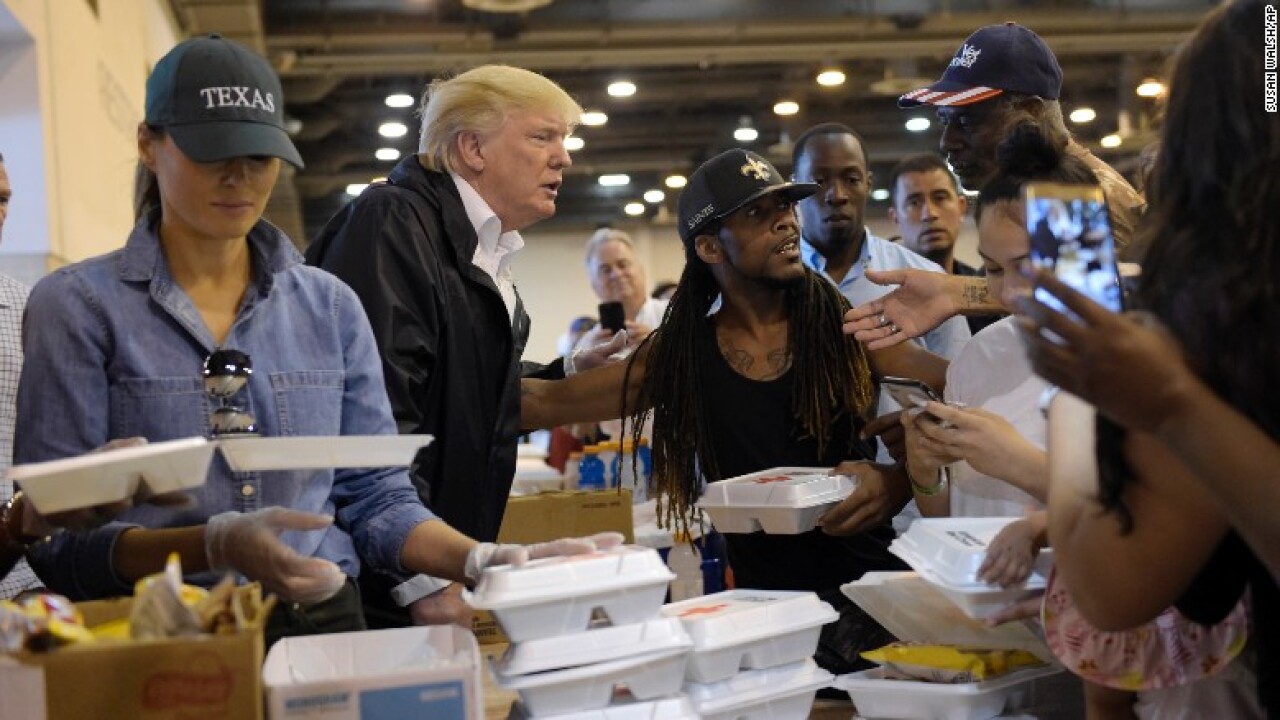 In Houston, Mayor Sylvester Turner said people who had chosen to stay in inundated homes in the western part of the city must depart by 7 a.m. CT Sunday, after which the CenterPoint Energy utility will turn off power to those residences.

Turner said he’s ordering the evacuation in part out of concern for the safety of firefighters, who would have trouble responding to emergencies in inundated areas.

Public safety personnel will be in the area — south of Interstate 10 and north of Briar Forest Drive — to help people depart, he said.

Emergency workers scouted the area Friday to learn how many people had not left their flooded homes. Parts of western Houston have seen sustained flooding in part because the Army Corps of Engineers has intentionally released water from two swollen reservoirs — and the flooding there won’t recede soon, Turner said.

“I have to balance the interest of those who choose to stay” against the safety concerns for emergency personnel, Turner said.

The evacuations represent a tiny snapshot of the massive challenges presented by Harvey, a storm that left at least 50 dead, displaced tens of thousands of people and spurred disaster declarations in dozens of counties.

In Beaumont, a city of 118,000 east of Houston, officials said Saturday they were on the cusp of ending a three-day tap water outage that forced a hospital to evacuate its patients.

Service will resume soon, once the system is cleaned of mud and debris, but even when it does, people should boil the water they intend to consume until further notice, the city said.

“Be patient with us. We’ll continue to work around the clock, night and day, and restore this city,” City Manager Kyle Hayes said.

The tap water outage, which prompted city officials to begin distributing bottled water to residents Friday, was just one headache for a community struggling with a severely flooded Neches River.

The river began receding Friday evening but still was about 16 feet above flood stage and 7 feet above record level late Saturday morning.

Trump and first lady Melania Trump arrived in Houston around midday Saturday at Ellington Field Joint Reserve Base — his second trip to Texas in a week.

Speaking briefly with reporters as he toured a Harvey relief center in Houston’s NRG stadium, Trump said, “Really, I think people appreciate what’s been done. It’s been done really efficiently, really well and that’s what we want. I’m very happy with the way it’s been going.”

He continued, “As tough as this was, it’s been a wonderful thing, I think, even for the country to watch, even for the world to watch. It’s been beautiful. Have a good time everybody, I’m going to be doing a little bit of help over here.”

Trump then went to Lake Charles, Louisiana, where he met with Louisiana politicians as well as members of the National Guard and Cajun Navy, a grass-roots group that came together after Hurricane Katrina and has helped Texans in Harvey’s aftermath.

“It was an honor to meet him,” said Ben Husser, a Cajun Navy member. “I’m glad to know that he cares enough to come down here and spend time with the people in this area that were devastated and were affected by this storm. It means a lot.”

Trump is trying to reassure those in need that federal resources will be there as they begin rebuilding. The administration on Friday asked Congress for $7.85 billion in disaster relief funding as part of an initial request for funds.

Turner, Houston’s mayor, said he asked Trump for $100 million to help with debris removal. The President, Turner said, indicated that the vast majority, if not the entire request, will be granted.

Texas’ governor has said that more than 440,000 people have registered for emergency assistance from the Federal Emergency Management Agency, which has approved $79 million to help victims of the storm.

After Hurricanes Katrina and Rita hit the Gulf Coast in 2005, $5.8 billion in individual assistance money was given to nearly 916,000 people affected by those storms.

As the government works to help those affected by Harvey, Hurricane Irma is looming in the Atlantic as a threat to Caribbean islands — and potentially, by next week, to the United States.

At least 50 people have died from the storm, including a high school football coach and a family of six whose van was swept away by floodwaters.

Other statistics only begin to hint at the scope of the punishing deluge and what the months of recovery will entail:

Why we don’t yet know Harvey’s true toll?

While water is receding in many areas, it still was waist-deep Saturday in western Houston’s Barker Cypress area. Ryan Short, who along with this family left their apartment ahead of Harvey, returned on a small boat to pick up a few possessions — including something special for his 2-year-old son, Jacob.

Short re-entered the apartment to find all kinds of belongings floating in knee-high water. Eventually, he found the main thing he was looking for: his son’s small bicycle, which he hopes will help the boy cope with being displaced.

“He’s got to have his bike,” Short said. “He’s not having anything to connect with — it’s hard.”

Lee Dufrene, of Austin, paddled Short to the apartment. The two connected after Dufrene drove his boat from Austin to help Harvey victims. He said he knows what it’s like to be flooded out of a home.

The Houston Independent School District is scrambling to recover from the storm.

Harvey and its aftermath caused so much damage that 10,000 to 12,000 students — out of the district’s 218,000 pupils — will have to move temporarily to new schools, the district said Saturday in a series of tweets.

Impact Your World: Here’s how you can help the victims

The hurricane prevented the schools from starting their years as planned on August 28. Superintendent Richard Carranza told CNN’s “New Day” on Friday that he intends to have classes start September 11.

But it’s possible the opening will have to come later to avoid putting children “in harm’s way,” the district said Saturday via Twitter.

Many of its schools suffered major damage. The district has looked at 245 of its schools so far, and of those, 115 will be deep-cleaned and ready for classes to start September 11, the district’s Chief Operating Officer Brian Busby said.

Fires broke out over two days at a chemical plant near Houston that was flooded by Harvey, and authorities said they expect more flames there. Three containers burned since Thursday at the Arkema site in Crosby after Harvey’s floodwaters knocked out equipment used to keep the plant’s volatile chemicals cool, Harris County Assistant Fire Chief Bob Royall said.

Officials decided to let the remaining six containers catch fire and burn out rather than endanger firefighters, the US Environmental Protection Agency and Texas Commission on Environmental Quality said in a joint statement.

Hundreds of evacuees from Port Arthur and Beaumont are taking humanitarian evacuation flights to Dallas, where more than 9,000 evacuees are being sheltered.