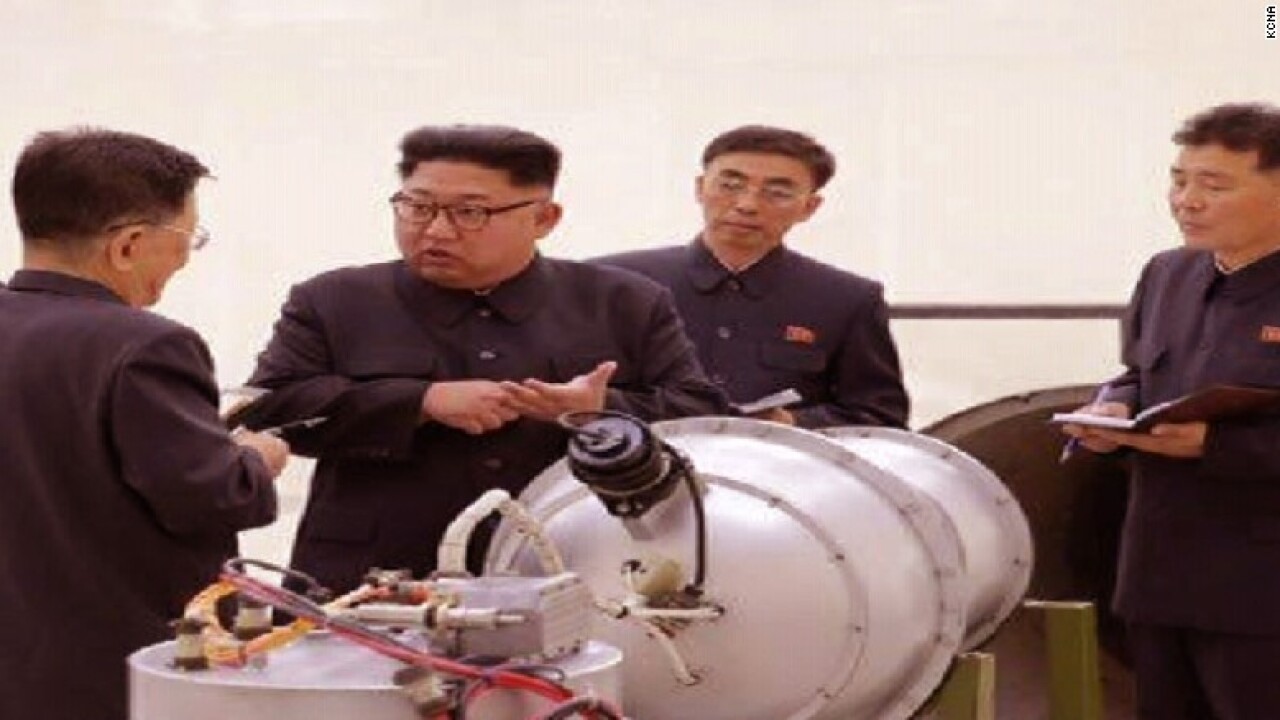 North Korea’s regime has “succeeded in making a more developed nuke,” according to the country’s state news agency.

The Korean Central News Agency described it as a “nuke” in its English-language report, but called it a “thermonuclear hydrogen bomb” in the Korean version.

There was no independent confirmation of the claims.

“The H-bomb, the explosive power of which is adjustable from tens kiloton to hundreds kiloton, is a multi-functional thermonuclear nuke with great destructive power which can be detonated even at high altitudes for super-powerful EMP (electromagnetic pulse) attack according to strategic goals,” KCNA reported in English.

This week, North Korea launched an intermediate-range missile, identified by the North Koreans as the Hwasong-12. The missile flew over Japan, further exacerbating tensions between North Korea and the United States and its allies, Japan and South Korea.

North Korea has been test-firing missiles at a rapid pace all year. With each launch, experts say Pyongyang can further refine and perfect its missile technology.