Henrico officer goes ‘above and beyond,’ shifts into mechanic mode: ‘He’s a blessing’ 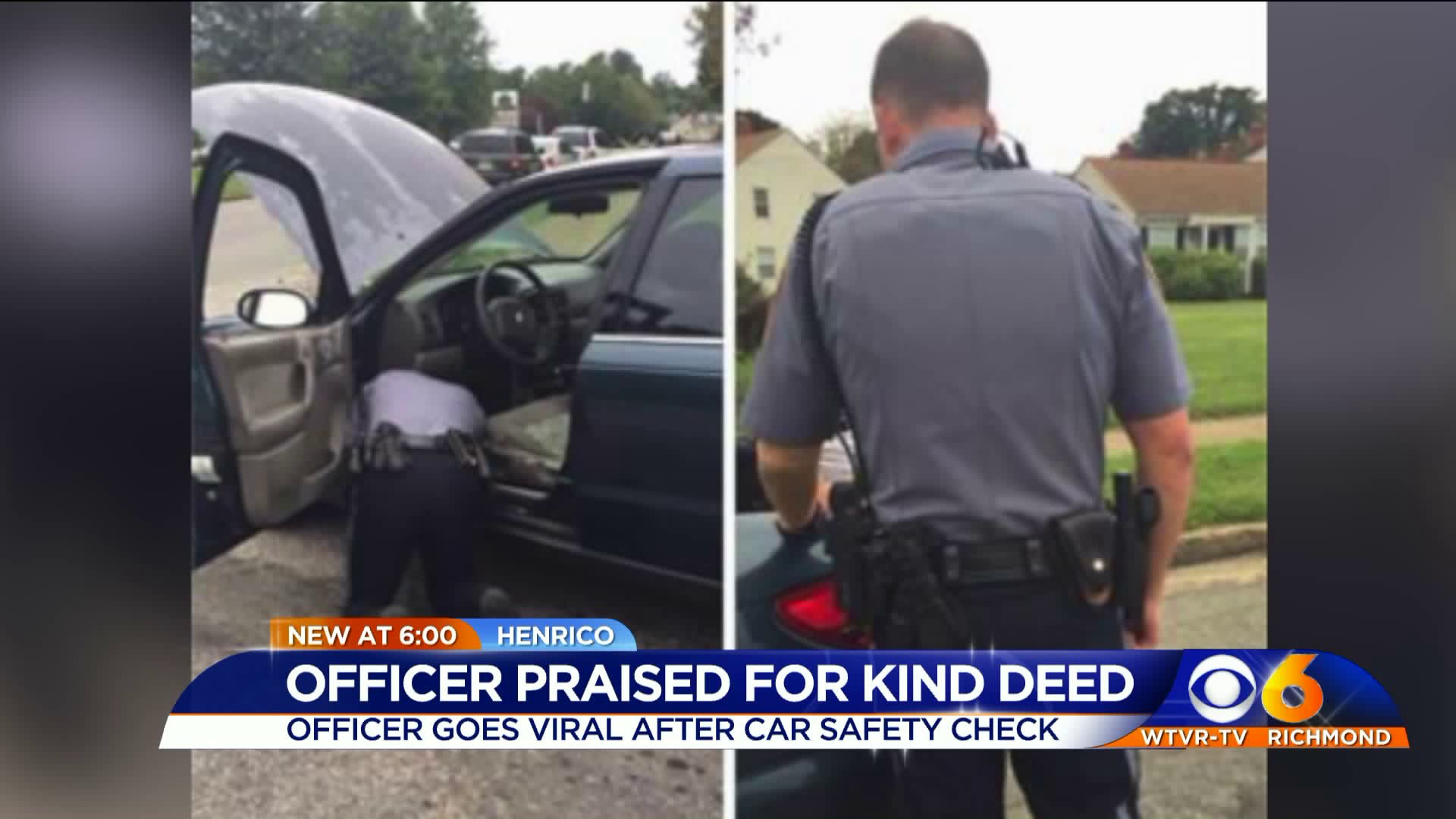 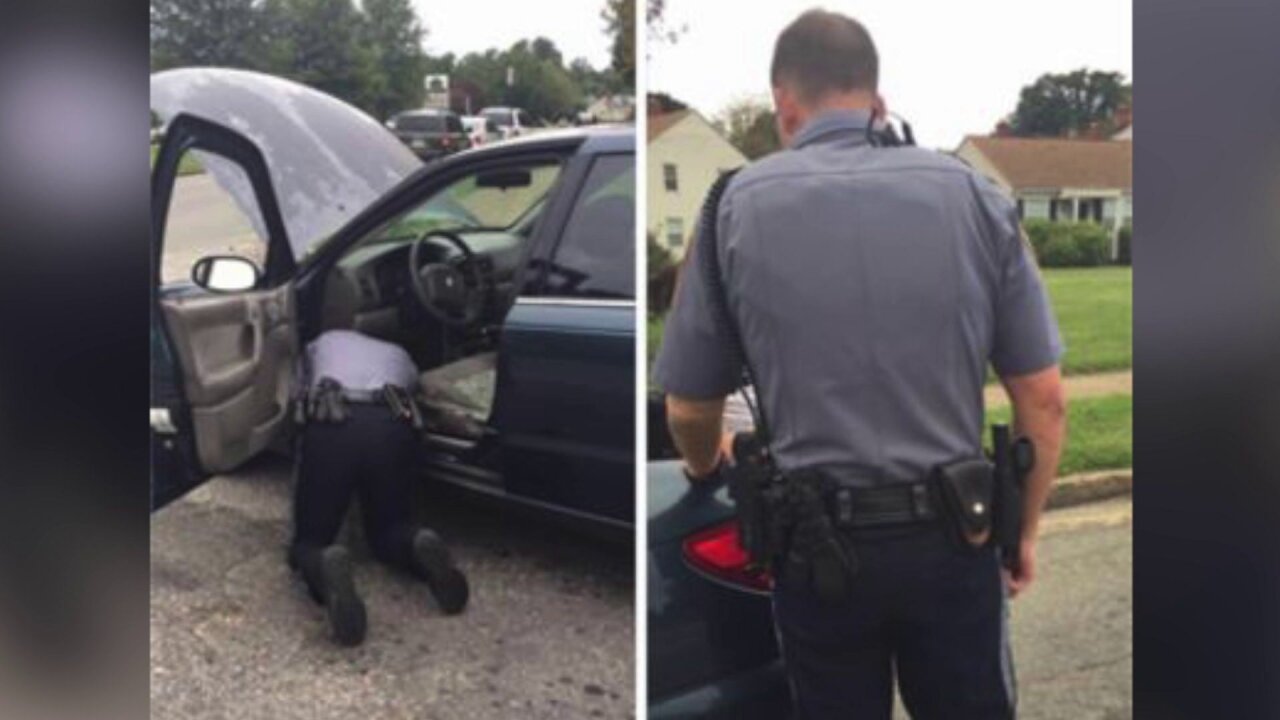 HENRICO COUNTY, Va. – A social media post thanking a Henrico County Police officer for going "above and beyond" for a driver has received more than 10,000 likes on Facebook.

It all started Friday morning when Officer Jenkins pulled over Chy-Niece Thacker to tell her that her brake lights were out.

"As he walked to the car and I was pulling out my stuff, he quickly said, 'Don't worry about pulling anything out. I just want you to know that your brake lights are out,'" Thacker posted on Facebook Friday morning.

Thacker told the officer that she was upset since she had just had he brakes replaced in July and was worried about another expensive test to check her wiring.

Thacker told WTVR CBS 6 the officer told her that he cared more about her safety than giving her a ticket.

"I don't want anyone slamming into the back of you," she recalled him saying.

Thacker said what Officer Jenkins did "went above and beyond" what she expected.

"He could've easily given me a ticket, but Officer Jenkins stepped out of officer role and into mechanic role to make sure I was straight. #HesABlessing," she posted on Facebook.