Officer who said ‘We only kill black people’ to retire 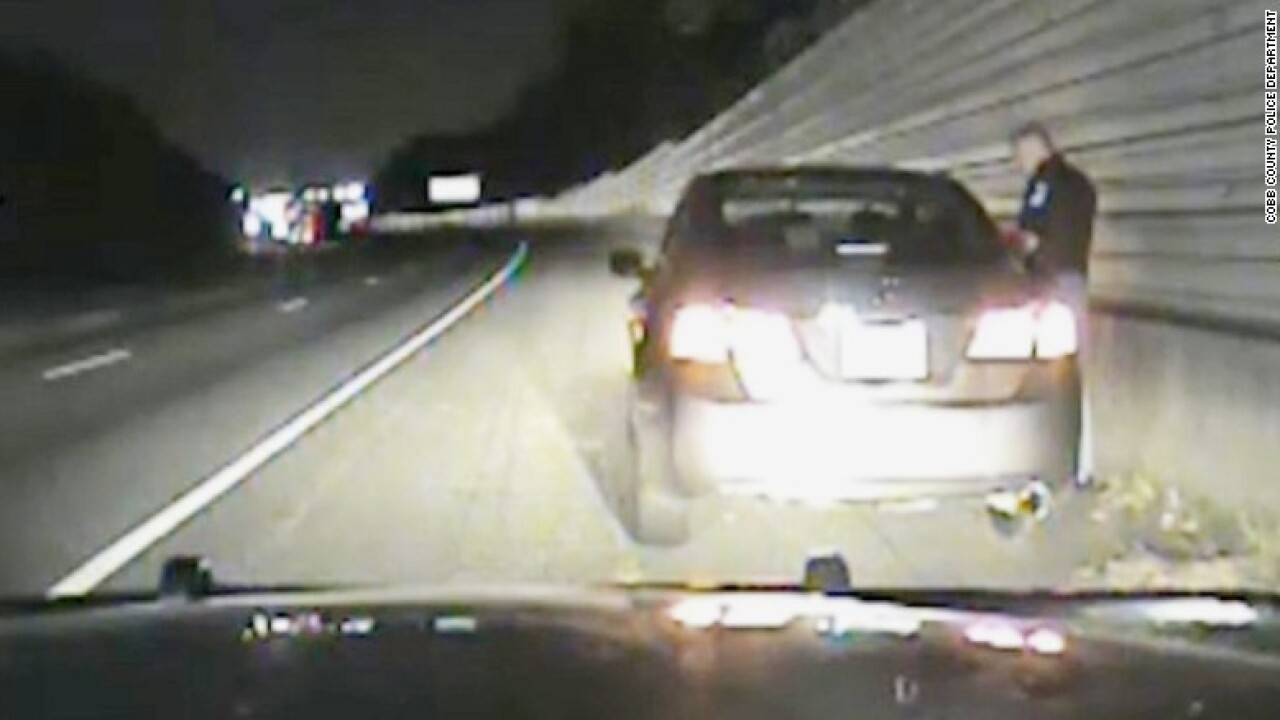 A police lieutenant in Georgia caught on dashcam telling a woman in a traffic stop that “we only kill black people” plans to retire.

“He was eligible for that. Once he retires he is no longer employed so no disciplinary action can take place. He is entitled to his retirement, which he would’ve received even if he was fired,” Heaton told CNN.

An attorney for Abbott said the comments from the traffic stop “must be observed in their entirety to understand their context.”

Abbott, a 27-year veteran of the force, was attempting to de-escalate a situation involving an uncooperative passenger, attorney Lance J. LoRusso said in a statement.

The lawyer said the video showed that “his comments were clearly aimed at attempting to gain compliance by using the passenger’s own statements and reasoning to avoid making an arrest.”

But Cobb police Chief Mike Register said that no matter the context, the statements were “inexcusable and inappropriate” and did not reflect the culture he’s trying to build in the suburban force north of Atlanta.

The July 2016 video was first reported Wednesday by CNN affiliate WSB-TV in response to an open records request. Register, who took over as chief in June, said an internal review recommended terminating Abbott’s employment.

“I’ve known Lt. Abbott for a number of years, and I’ve always perceived him to be an honorable man. He made a mistake. I don’t know what’s in his heart, but I certainly know what came out of his mouth. And, it’s inexcusable and we have to take appropriate action.”

Cobb County police did not respond to multiple requests for information about the traffic stop. Abbott has been on administrative duties after the police dashcam footage surfaced.

A portion of the video shows Abbott trying to talk a woman out of her vehicle so he can impound her car. Much of the conversation is inaudible. When he tells her to reach for her phone in her lap, she responds, “I just don’t want to put my hands down.”

“I’ve just seen way too many videos of cops …,” she says amid garbled crosstalk, prompting his response.

The video caused widespread outcry after its release Wednesday, leading to the department’s recommendation to terminate Abbott’s employment, Register said.

The police chief acknowledged that the internal review suggested Abbott was attempting to invoke “a sarcastic standpoint” to handle the situation. However, such comments threaten to undermine the public’s trust in law enforcement, he said.

“In my opinion, I feel that no matter what context you try to take those comments in, the statements were inexcusable and inappropriate, and they’re not indicative of the values that I’m trying to instill within the Cobb County Police Department and I believe that the county holds,” he said.

“My staff’s worked hard. Men and women who wear the Cobb County uniform have worked hard. And I think that we have done some great things here in the last few months. And it’s sad to think that several seconds of video has the potential of tearing that apart.”