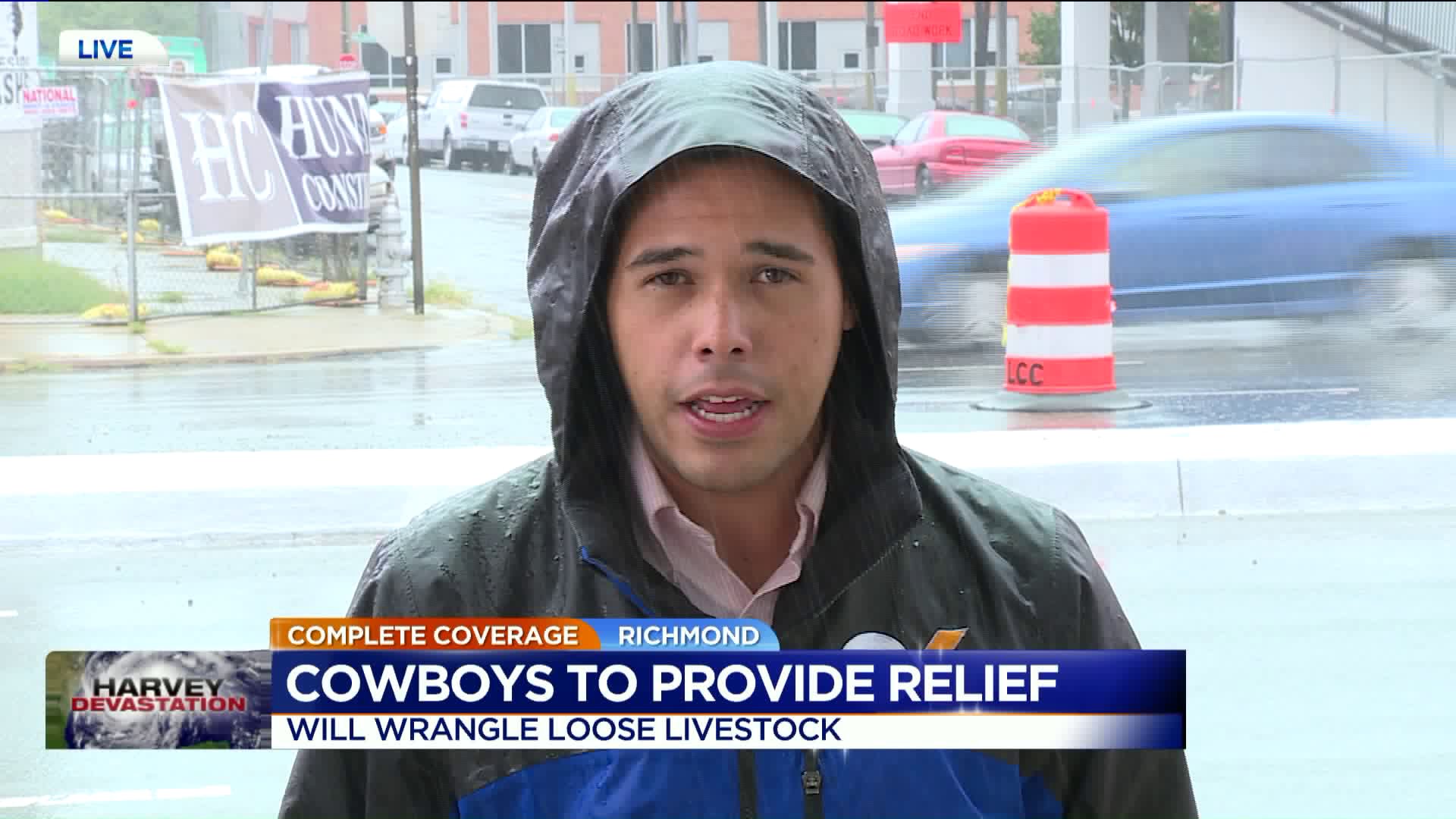 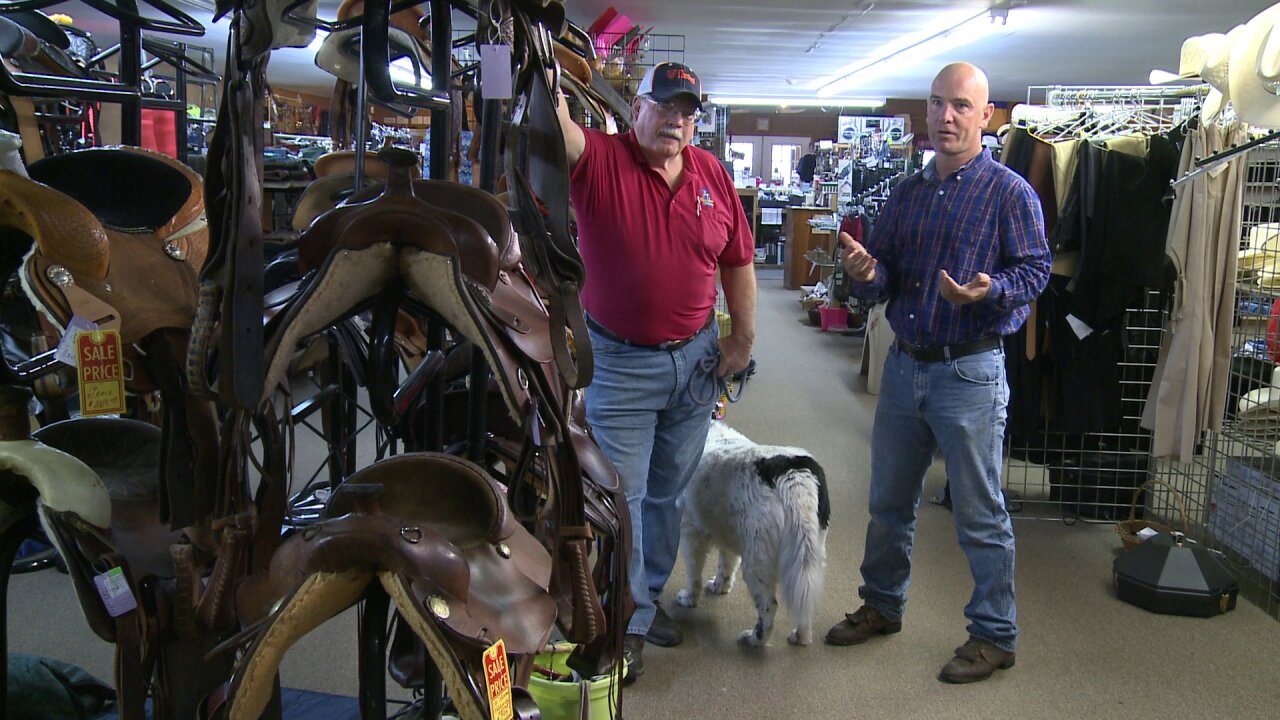 DOSWELL, Va. -- A group of Virginia cowboys is asking for supplies and donations to help stranded horses, livestock, and farmers in flood ravaged Texas. Patrick McKann, a former bull rider and rodeo cowboy from Glen Allen, organized the group that includes a local veterinarian technician.

"Since I was 14 I've ridden race horses and I’ve been all over the country riding bulls," McKann explained.

McKann and the group hope to use their expertise and skills to rescue horses and livestock stranded in floodwaters.

"This will be a rescue and a recovery," McKann said. "We will do whatever we have to do."

The cowboy group is not affiliated with any organization or non-profit, but felt compelled to help after watching the destruction.

They hope the public to help them fill a 24-foot-long horse trailer with supplies to help animals in Texas.

"We hope to fill this whole trailer up," McKann said.

"I called a lady at an expo where some of the horses are taken to some fair grounds and the lady started crying," McKann said. "She couldn’t believe we are coming down. We will stay until the job is done."

Bruce Warner, owner of Champion North in Doswell, is helping the group collect donations. He often visits disaster zones on missions and even traveled to assist families after Hurricane Katrina.

"You got horses in barns that got flooded and their owners just had to turn them loose and defend for themselves rather than sit in a stall and drown," Warner explained.

The group is asking for medical supplies for horses, halters, leads, brushes, buckets, dog and cat food. They will also accept toiletries for families who had to leave everything behind during the flooding.

Ashland Feed and Seed located at 120 Thompson Street in Ashland

The group is asking for donations to be dropped off by no later than 6 p.m. Thursday to be able to start their 19 hour trip to Texas.

They hope to stay a week and will sleep on hanging hammocks inside the trailer. McKann said the group now plans on returning to Texas so they'll continue accepting donations after Thursday night.

There has also been a GoFundMe set up to help the cause since "every cent will be going to aiding fellow Texans in need (fuel, animal feed, etc.)," according to the page.