FEMA administrator: We’re ‘going to be there for years’ 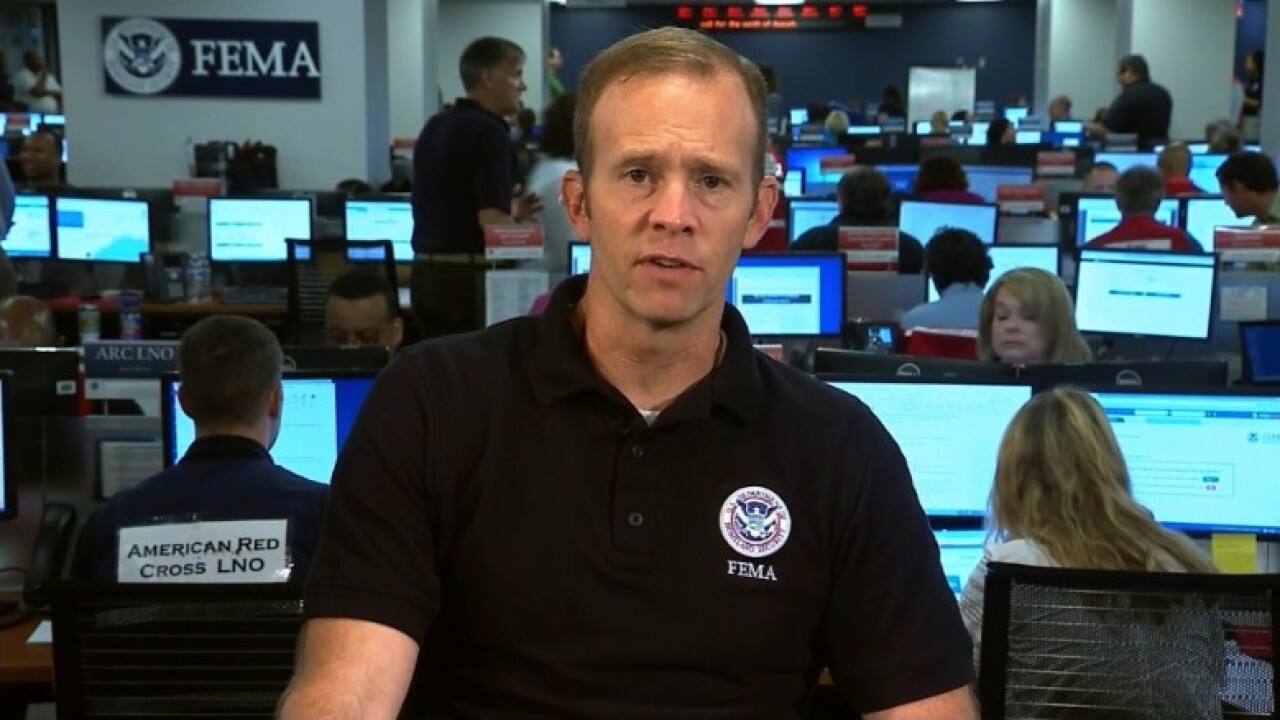 The head of the Federal Emergency Management Agency said his agency is already gearing up for a years-long effort to help Texas recover from the damage wrought by Hurricane Harvey.

“FEMA is going to be there for years,” administrator Brock Long said Sunday on CNN’s “State of the Union.”

He added, “This disaster is going to be a landmark event.”

Hurricane Harvey, now a tropical storm, hit southeastern Texas this weekend, and forecasters said it would continue to make its way inland over the course of the next several days.

FEMA is focused on the immediate response to the storm, but is also “pushing forward” teams focused on recovery housing and flood insurance program policy.

“We’re setting up and gearing up for the next couple years,” Long said.

Although Long has used language echoing the severity of Hurricane Katrina, he said Harvey poses different challenges was “nothing like” it. He stressed the days-long threat it poses as it makes its way further into Texas.

“This is a storm that the United States has not seen yet,” he said.

Long advised residents on the ground facing the storm to stay on top of local news reports for information and avoid calling 911 unless they are in need of emergency assistance.

Long said President Donald Trump had given him all the power he needs to mobilize for the storm, and when asked about key vacancies in the administration and how that might affect the response, Long said he was unconcerned.

“I don’t even have time to worry about it right now,” Long said.