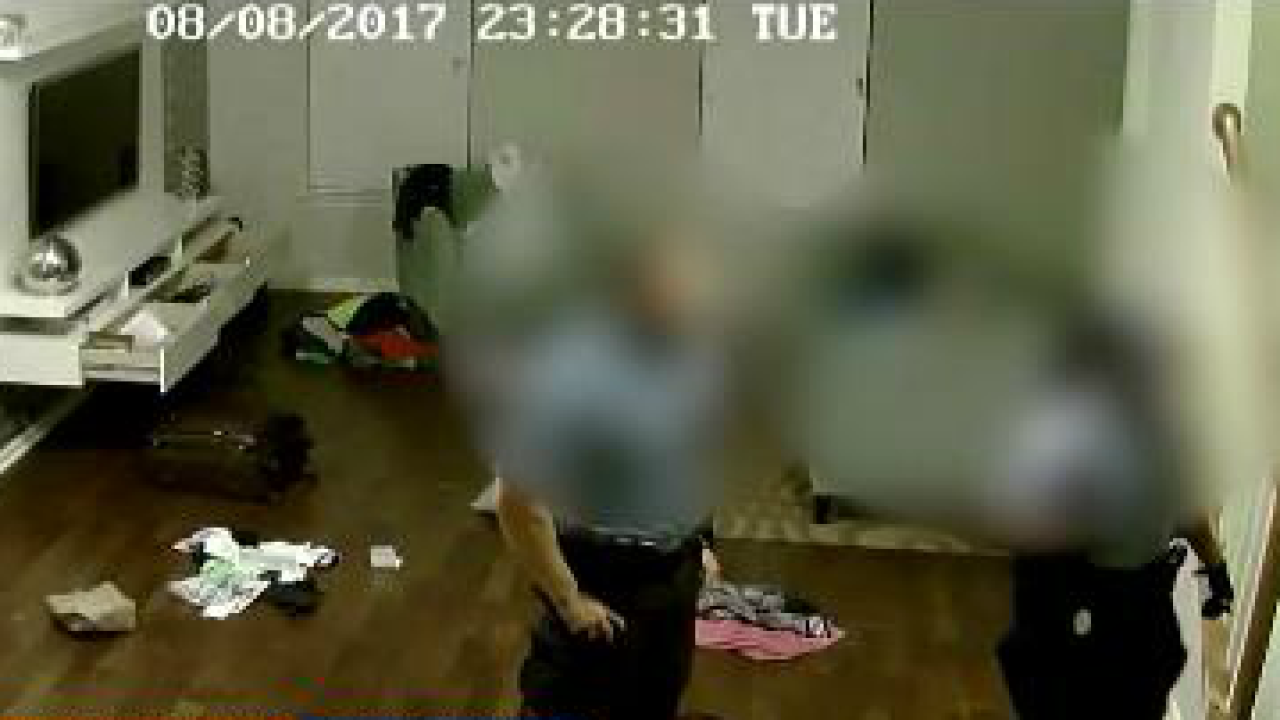 WASHINGTON, D.C. -- A victim of two home burglaries in three weeks says he is appalled by the behavior of two D.C. officers when responding to his home, WDCW reported.

Clarence Williams says he was traveling out of the country back on Aug. 8 when his neighbor notified him that his home was broken into.

Surveillance video of the incident shows a man breaking into a back door on his porch, then leaving with some items. Williams says his laptop and sound bar were stolen.

The criminal also left wearing his shirt, he says.

The video also shows what happened when police first responded to the call. He says they knocked on the door, searched around the front yard, and then left.

"That's very concerning because I could have been in the house," Williams says.

He says police came back after his neighbor called about the back door.

Williams says his neighbor told him than an officer said, "What you do expect, you live in Southeast D.C."

The video shows officers going through the report from the first burglary.

If you listen closely, you can hear an officer say, "he is probably gay," while laughing.

"They kind of make an assumption about my sexuality, which is very disturbing because they're in the middle of a crime scene," he says.

At another point, you can see an officer dancing.

"It's just very concerning for someone when they've just been victimized to have to view that in the middle of the crime scene. It's just unbelievable," Williams says.

Metropolitan Police released a statement about the incident, saying:

"We are aware of the complaint that was filed against two Seventh District officers for their actions on the scene of a residential burglary in the 400 block of Woodcrest Drive, Southeast earlier this month. The officers were placed on non-contact status for misconduct following the initial complaint, however, our internal investigation remains ongoing at this time.

Their behavior is not representative of the inclusive environment we work tirelessly to uphold on a daily basis for residents and visitors of D.C. We remain committed to providing positive interactions with all and hold the trust of the community in high regards.”

Williams says he was told the officers would be put on administrative duty, but he saw them in his neighborhood just a few days ago.

He says he does not want them to lose their jobs, but wants the situation to be taken seriously.

Both home burglaries are still under investigation.