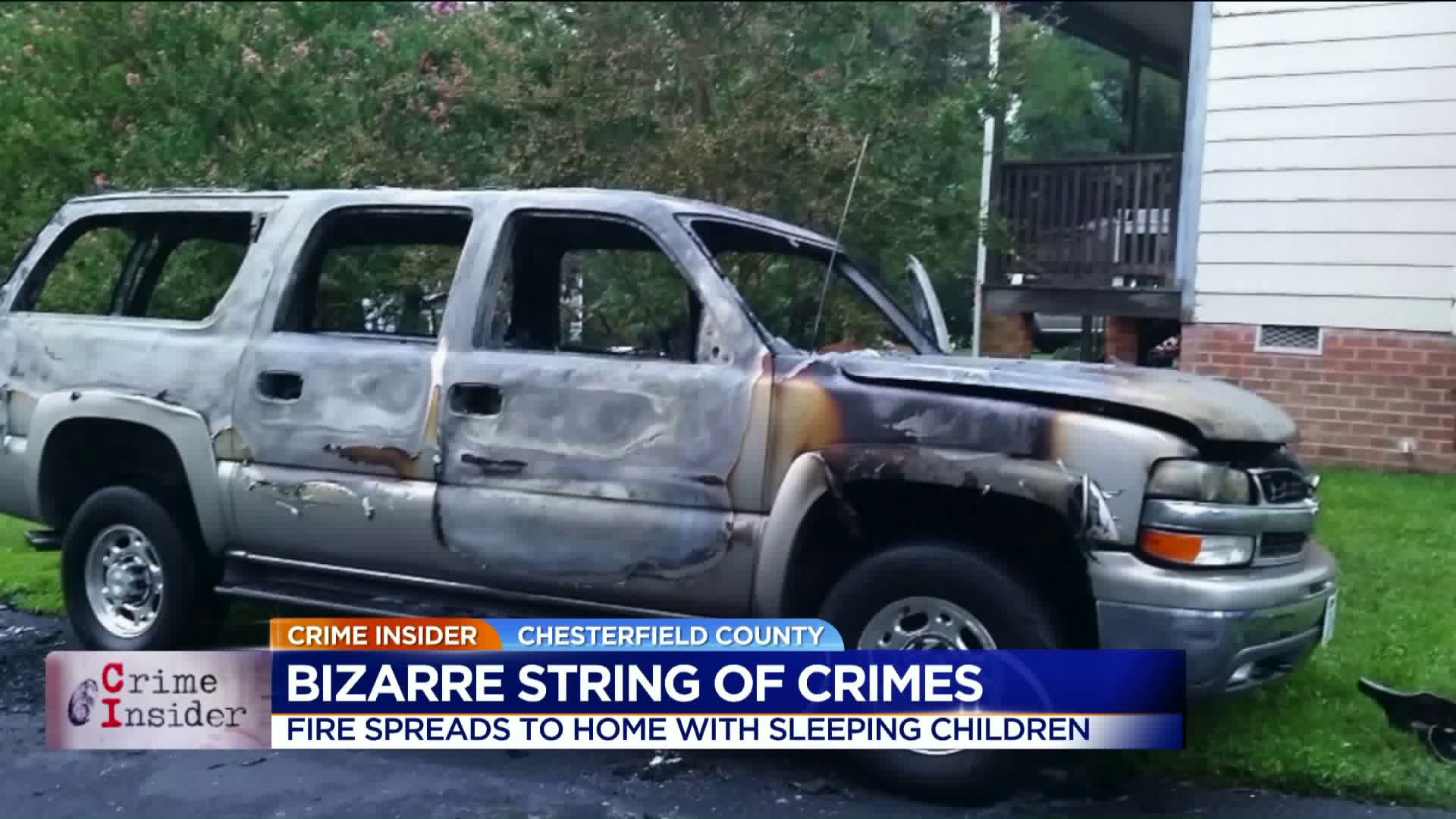 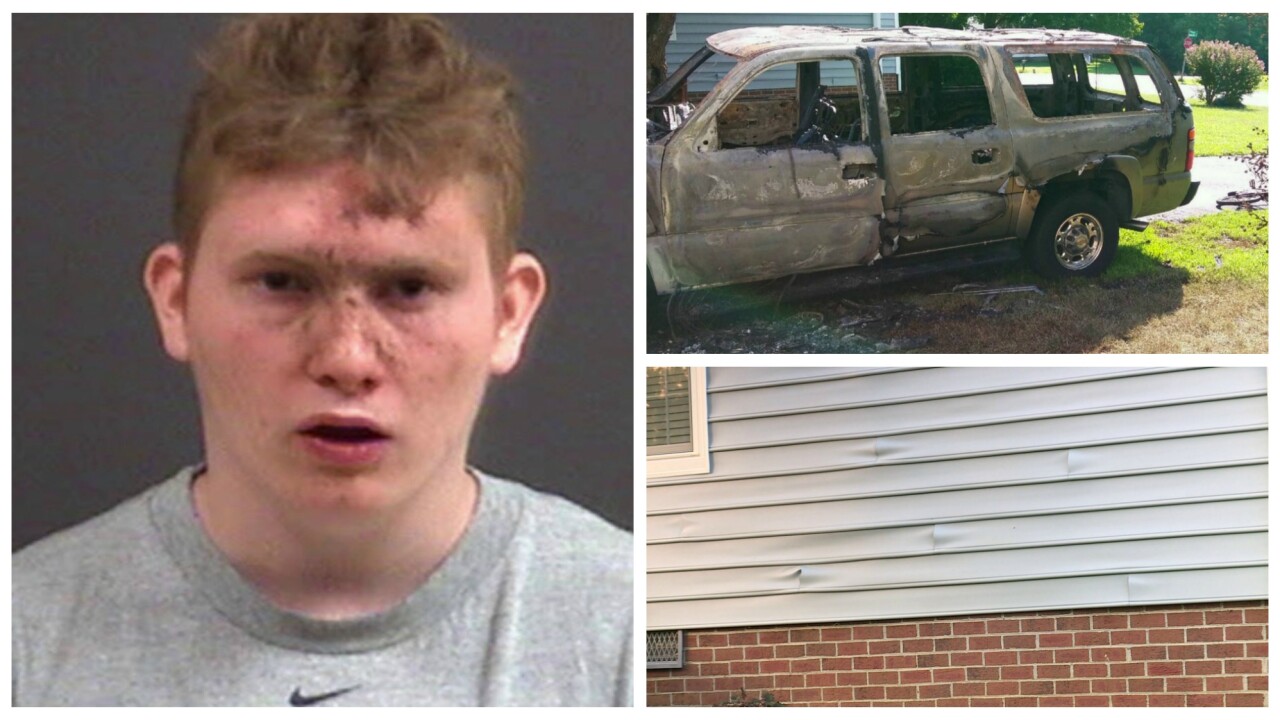 CHESTERFIELD COUNTY, Va. -- A stolen bike, a burned Chevrolet Suburban, and two children not far from the flames was the chaos caused by a man living in a nearby group home, Crime Insider sources told CBS 6.

Clinton Hall, 21, stole a bike early Saturday morning, then set a Suburban parked next door on fire, before he fled and tried to break into a home in Chesterfield’s Irongate community, police said. The heat from the burning SUV melted the siding of the home, where two girls slept.

“The kid was still hiding out in another yard. They actually found him and brought him back over here,” a neighbor, who asked to not be identified, said.

The fire left her son’s Suburban a totaled, charred shell. She said she had never seen Hall before and did not know why her home was targeted.

“I think it was a crime of opportunity, to be honest with you,” she said. “My truck was sitting here. There's some debris over there that looks like he tried to light it, but because it had been raining, I'm thinking it didn't light because it was moist." 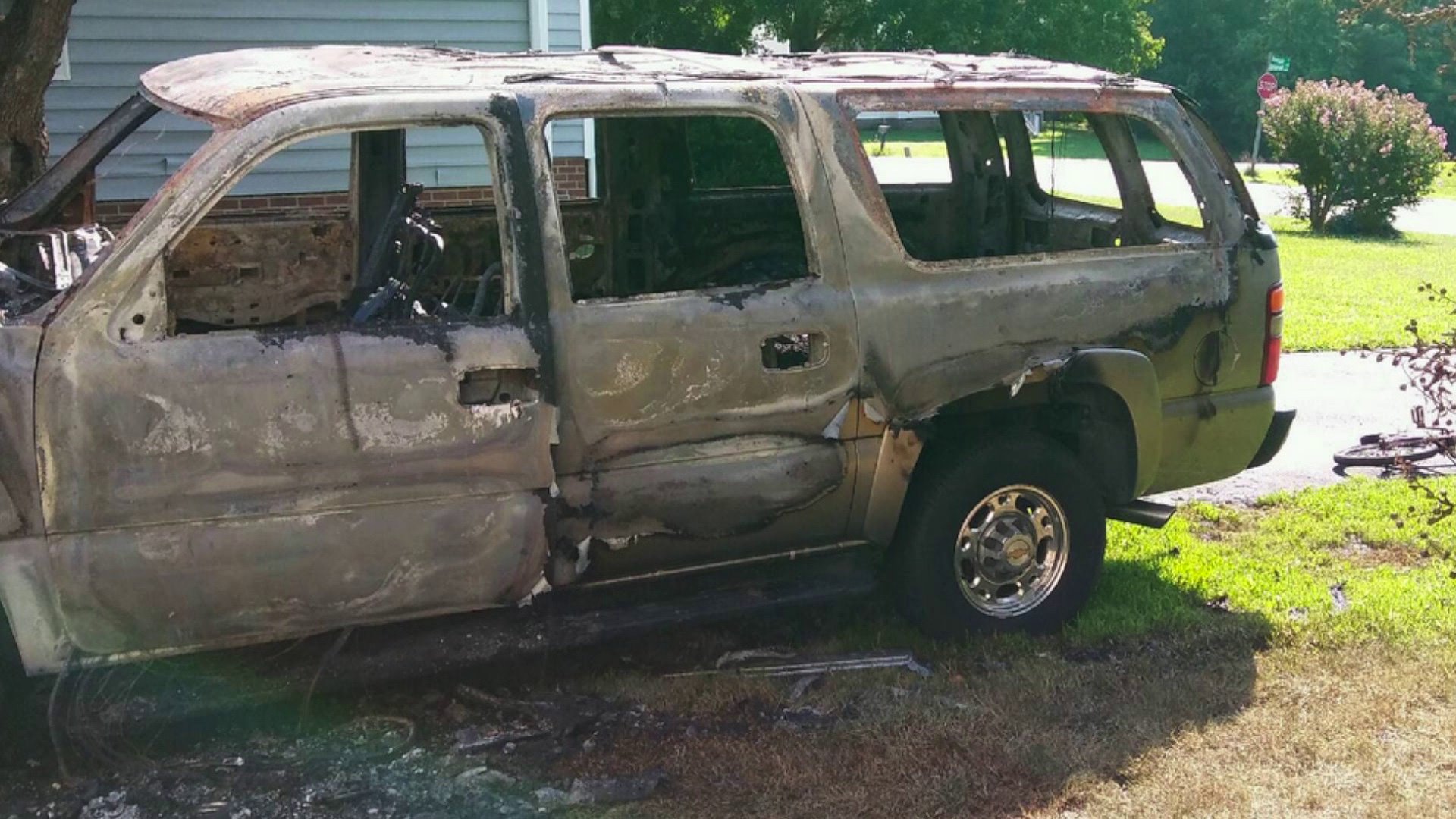 The Irongate community was buzzing with news of what they call bizarre behavior.

Hall has been charged with petit larceny, destruction of property, breaking and entering with the intent to commit a felony, and burning an occupied home. That last charge was perhaps the scariest of all for a grandmother who had to whisk her granddaughters to safety.

“Very scary and they were afraid too when I woke them up and said 'get up, get up! We have to get outside'" she said.

Clinton Hall is being held at Riverside Regional Jail with no bond.