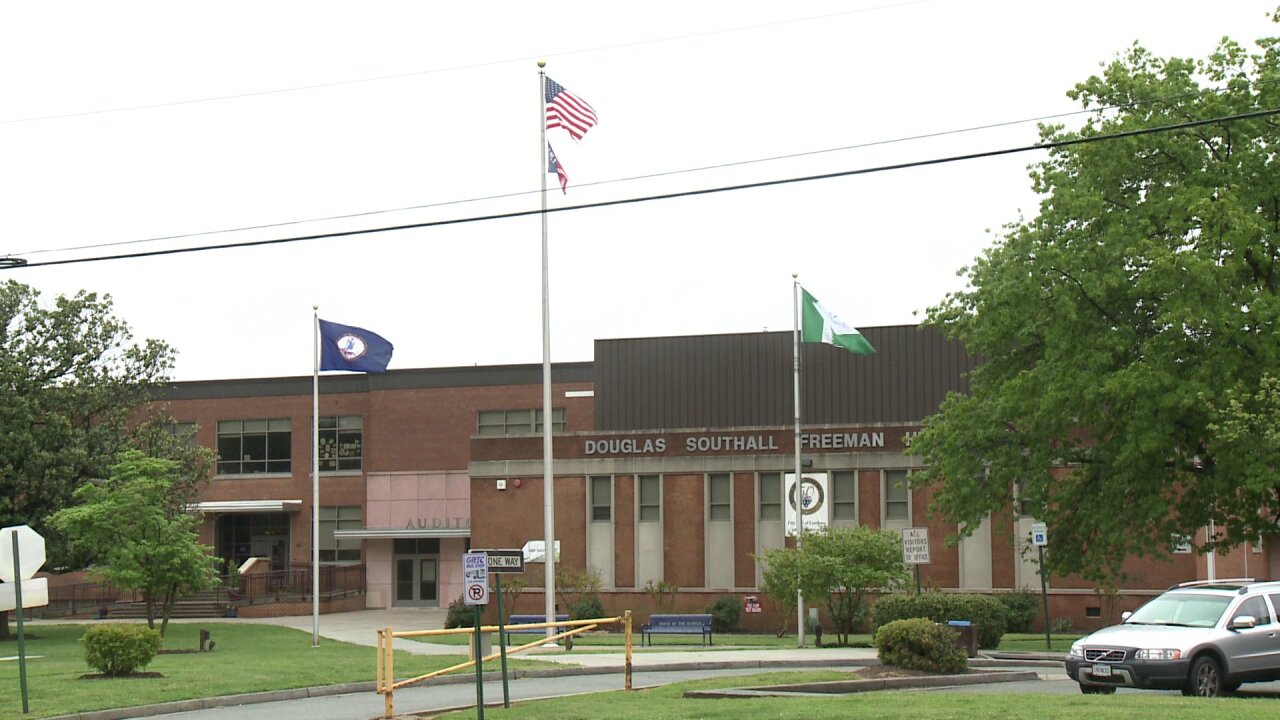 HENRICO, Va. – Some local high school students have joined a national conversation surrounding Confederate symbols, and have asked for the school to change its nickname.

Though the old “Rebel man” school mascot of Douglas Southall Freeman High School was retired a while ago, the team is still the Freeman Rebels.

The former Confederate mascot used to take to the field with a rifle and Confederate battle flag.

It’s not the first time a change away from any Confederate-drawn history has been suggested but this year the petition comes as part of a more nationally charged conversation.

In 2014, students brought up the idea of introducing a new mascot and were met with another petition expressing support for the return of the ”Rebel man.”

Some see it as a legacy of hate that doesn’t reflect the school’s diversity.

The student who started this recent one said the mascot and team name were created as a tribute to the Confederacy. Freeman was founded in 1954, just as schools desegregated in Virginia.

“When the school was founded, Dixie was the fight song, the mascot was a Confederate soldier called Rebel Man, and the Confederate flag was even flown frequently at games,” he wrote.

“I think it should be a reminder of how far we’ve come and the community we are now…you know," said Baker.

Baker says her step-daughter attends Freeman and thinks the school’s name should not change.

And another student is lobbying for that.

“Certainly, we’re aware that there are feelings on both sides," said Andy Jenks, Henrico school spokesman.

He points out that there was also a push to change the school mascot in 2014.

And while they are open-minded, their focus is elsewhere.

“We’re two weeks away from the start of school.  Our community at this moment expects us to get that part of it right.  In other words, get kids to school safely and on time," said Jenks.

Jenks says any changes are handled on the school level but it's up to the county school board to rename a school building or facility.

There are more than 100 schools in the United States included on the Southern Poverty Law Center's list of Confederate symbols that still exist on public land. Several of the schools are located in Central Virginia where there is an on-going discussion over what to do with monuments honoring Confederate figures in what was once the capital of the Confederacy.

Questions about school names were posed to Central Virginia's biggest school systems following the deadly fallout from a white supremacy rally in Charlottesville. Here are the responses:

In light the recent news concerning Confederate monuments and symbols, we are planning to have discussions about this matter however no decisions have been made at this time. ~ Richmond Public Schools

Certainly we’re following the tragedies and related issues that are unfolding close to home and beyond. At this particular time we believe our school communities expect us to remain focused on a smooth and successful start to the school year. And that’s what we want, too. We want our students to get to school safely and on time. We want students to have nutritious choices for breakfast and lunch. And we want students and their families to begin forming meaningful relationships with teachers and school staff as the academic year gets underway. To do all this takes a tremendous amount of planning, teamwork, and focus. ~ Henrico Public Schools

Although we are not aware of any broad discussions or movements within the community to change the names of the schools, our board members have received a very limited number of thoughtful responses concerning this matter. As always, we will continue to be open to and carefully consider any thoughts, comments, or concerns we receive from the community. ~ Hanover County Schools

There are no schools in Chesterfield that reference a Confederate figure.