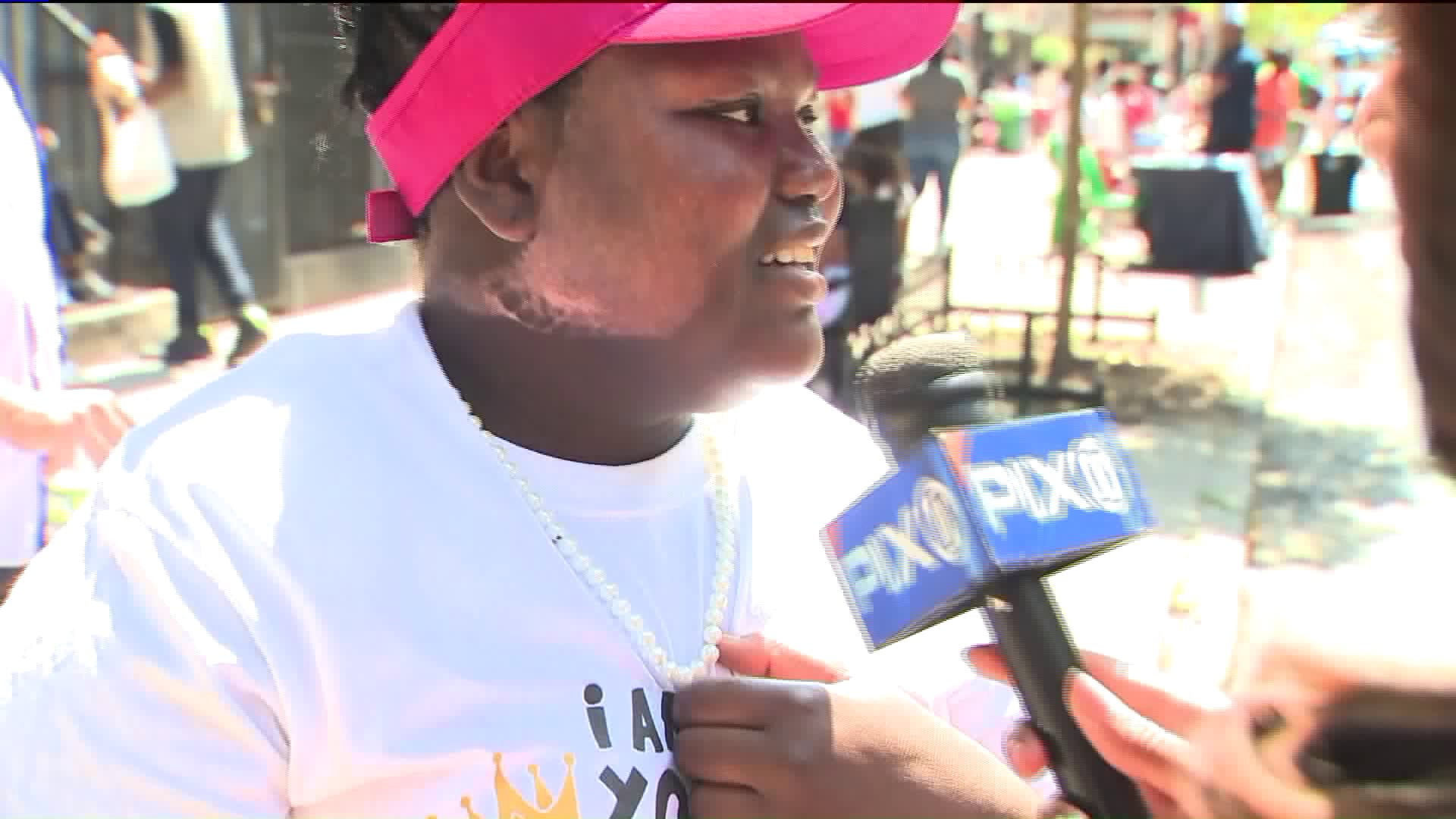 A block party in the Bronx became a huge welcome home celebration for the 11-year-old girl who was burned when a friend poured boiling water on her.

NEW YORK — A New York City block party turned into a huge welcome home celebration for the 11-year-old girl who was burned when a friend poured boiling water on her.

Jamoneisha Merritt, of the Bronx, was burned on over 85 percent of her body on Aug. 7 when a friend poured scalding water on her as part of a social media-inspired prank during a sleepover. She was released from Harlem Hospital a few days ago.

"I just feel good," Jamoneisha told WPIX. "I just want to say thank you for coming and have a good time."

Her aunt, Tiffany Merritt, says she hopes Jamoneisha's quick recovery will inspire others.

Bronx mom Alina Dow brought her young children to the block party to support Jamoneisha, "just to let the little girl know that she is supported and she has friends and this not ok."

The 12-year-old girl who allegedly poured the boiling water on Jamoneisha has been charged with felony assault.