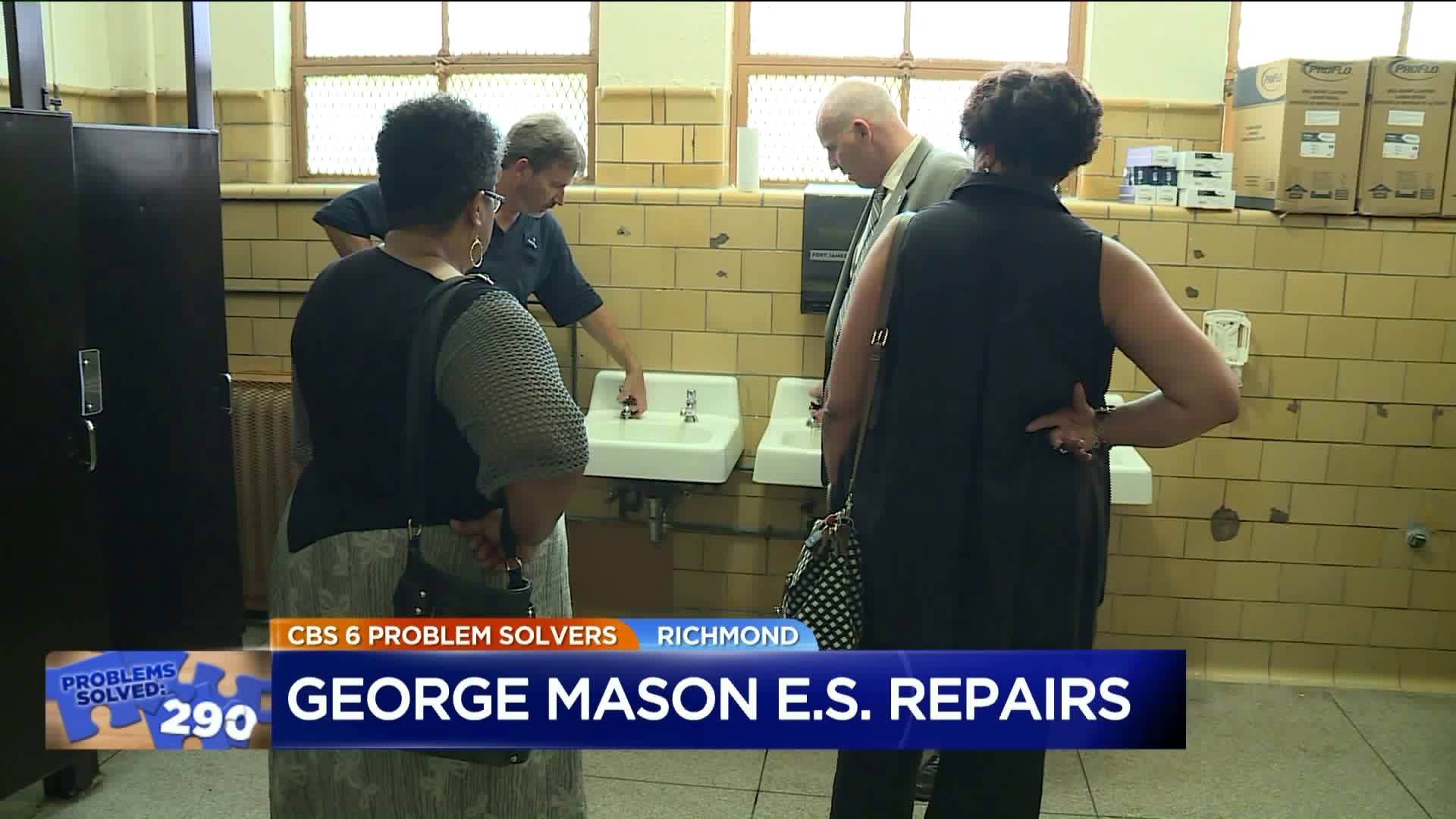 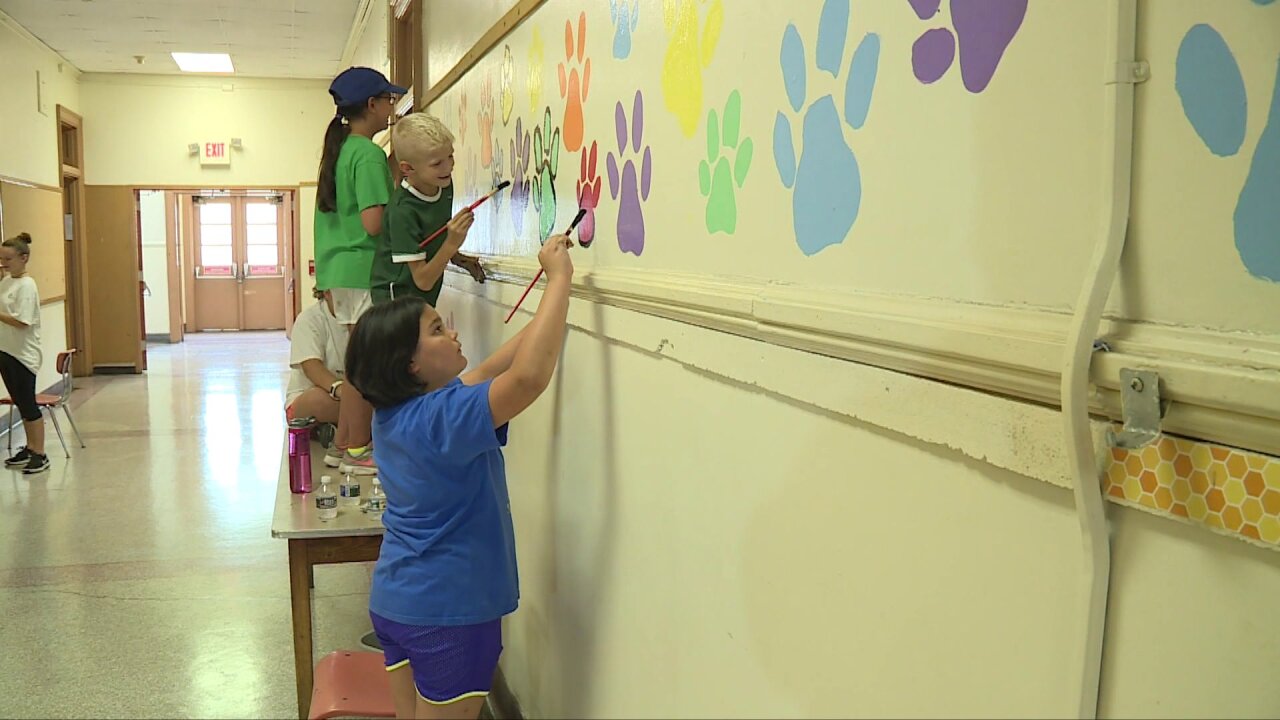 George Mason in Church Hill has long been considered the worst in the district. Teachers, parents, and students have reported falling ceiling tiles, terrible bathrooms, bugs, faulty heat and air conditioning units, gas fumes , drafts and water leaks. That's in addition to the clear signs of the building -- almost a century old --simply showing its age.

At one point this summer, it wasn't even clear if George Mason would open for the new school year, but ultimately the school board decided to move forward and make short-term fixes to what it still a long-term problem.

On Tuesday, Interim Superintendent Tommy Kranz walked through the school with School Board Member Felicia Cosby and Councilwoman Ellen Robertson and explained where approximately $105,000 was used to fix things beyond the freshly painted positive messages -- and where work was still needed.

The smell of natural gas from the basement was often reported.

“We’ve been addressing the AC units in all the classrooms, we’ve begun replacing fixtures and related things inside of bathrooms, refurbishing partitions and all that,” Kranz said. “Then we are bringing in a company to do a deep clean.”

A quick walk outside to see a new pipe to help divert gas fumes from an old boiler unit; a trip to the basement to survey the antiquated machinery in the boiler room.

Leaders said the basement was previously in bad shape.

“This is the bathroom that had the smell,” Kranz said and pointed to the new plumbing and furnishings.

Each level of the four stories yielded a positive story of progress, but everywhere the cracks, dirt, soiled tiles and general age were also evident.

New principal Rose Ferguson is enthusiastic despite the challenges ahead; despite the dirt and dust, despite conditions considered deplorable by many.

“My whole goal is to get the school beautified, to get kids excited about being here,” she said. She hopes they make a connection and get excited about learning.

Ferguson was proud to point out a jaguar mural on the way up the stairwell; the artist introduced himself as “Silly Genius.”

He heard about the call for volunteers on Twitter, where he later said that the “kids desperately need a new school, but it doesn’t appear they’ll be getting it yet -- this at least will put a smile on their faces.”

Kranz estimated 50-75 volunteers were busy in the hallways, painting quotes, murals, and jaguar paw prints. He believes the three-days of volunteering equals tens of thousands of dollars.

“This building is going to open on September 5, and it‘s going to be a safe building,” Kranz said. “This is a building that can have a good educational environment.”

But he acknowledges that the work is all temporary; done for short term function.

Artist poses with his mural.

“A building is not going to last forever unless you are reinvesting back in it,” he said. “It’s well beyond me,” he replied when asked why it hadn’t been done since 1980.

“There are limited dollars and that’s true in any city,” Kranz said. “Nobody has a blank check. The reality of it is you gotta try to find a way to take a dollar and maximize that return on that dollar.”

The plan is still to eventually build a new school, something that was recommended in 2002 and again in 2007.

“The new administration is working diligently with us,” Kranz said.

If a new school is approved, it would then take about 24 months once funding and architectural plans were received.

“We can overcome whatever is presented to us,” Kranz said, and pointed to the support of the community.

“From here we develop the plan and work with our city,” he said.