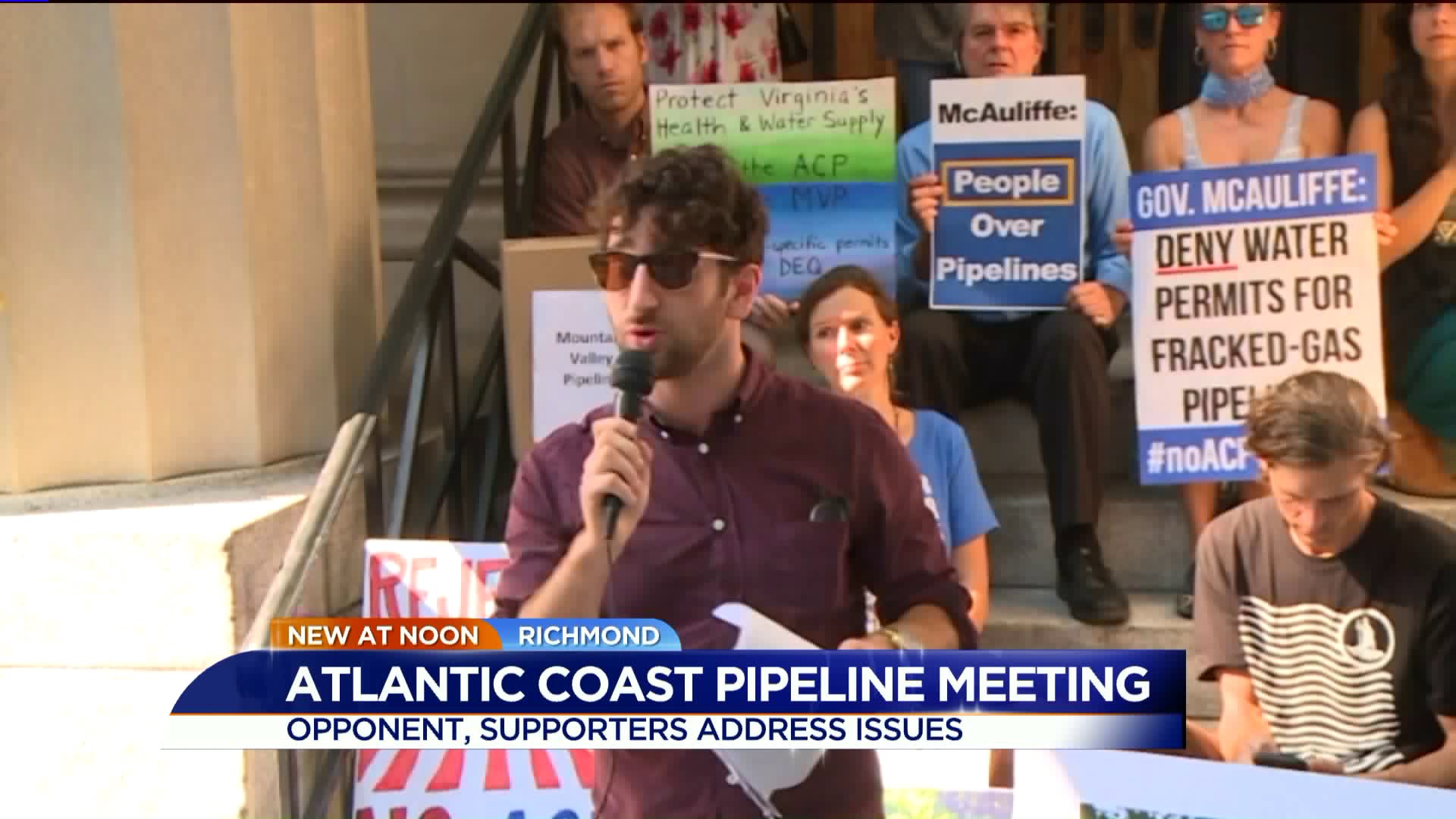 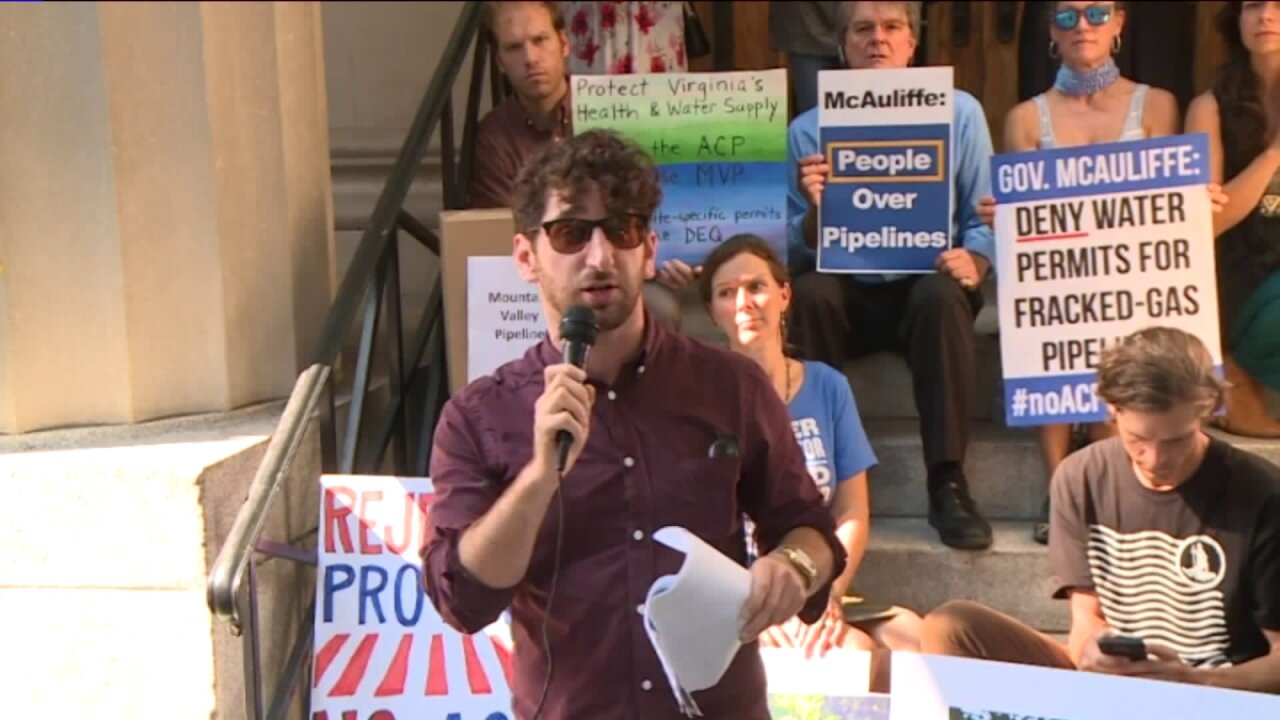 "DEQ, get a clue," a group of more than a dozen people chanted Tuesday morning while holding signs asking Virginia Governor Terry McAuliffe to help stop construction on the proposed Atlantic Coast and Mountain Valley pipelines.

Dominion Energy and other companies hope to build the Atlantic Coast Pipeline, which would stretch 600 miles underground from West Virginia to North Carolina.

The Atlantic Coast Pipeline would benefit the economy and the environment and would generate thousands of jobs in the mid-Atlantic region, according to Dominion.

McAuliffe has supported the project since it was unveiled in 2014.

"We’re talking jobs, economic development, and it’s good for the environment," McAuliffe said at the time.

The groups argued the pipelines and construction would contaminate water supplies in the Blue Ridge mountains and disturb the natural landscape for animals and plants.  The project would require the removal of 38 miles of mountaintops near the Appalachian Trail, opponents said.

"The James River which flows through Richmond is a valuable resource for Richmond," David Sligh, Wild Virginia conservation director, said. "It's where some of the pollution will end up and it doesn't stay localized."

Jamshid Bakhtiari, a coordinator with Chesapeake Climate Action Network, reported that 10,000 public comments about the 401 water certification process were submitted on paper and digitally by Tuesday's deadline.  The groups also called on McAuliffe to extend the public comment period and require site-specific permits from the DEQ.

Dominion Energy spokesman Aaron Ruby denied the claims that the pipelines would hurt the environment.

"The DEQ is actually performing the most thorough and exhaustive environmental review process that they've ever done for a project like this," Ruby said. "The process is really leaving no stone unturned and ensuring every single aspect of the project reach the highest standard for for the protection of water quality."

The project would support 17,240 jobs during construction and 2,200 operation jobs, according to the Dominion Energy website.

Ruby said they expected to receive the water permit and project approval by sometime this fall. They aimed to start construction immediately with the pipeline functioning by late 2019.