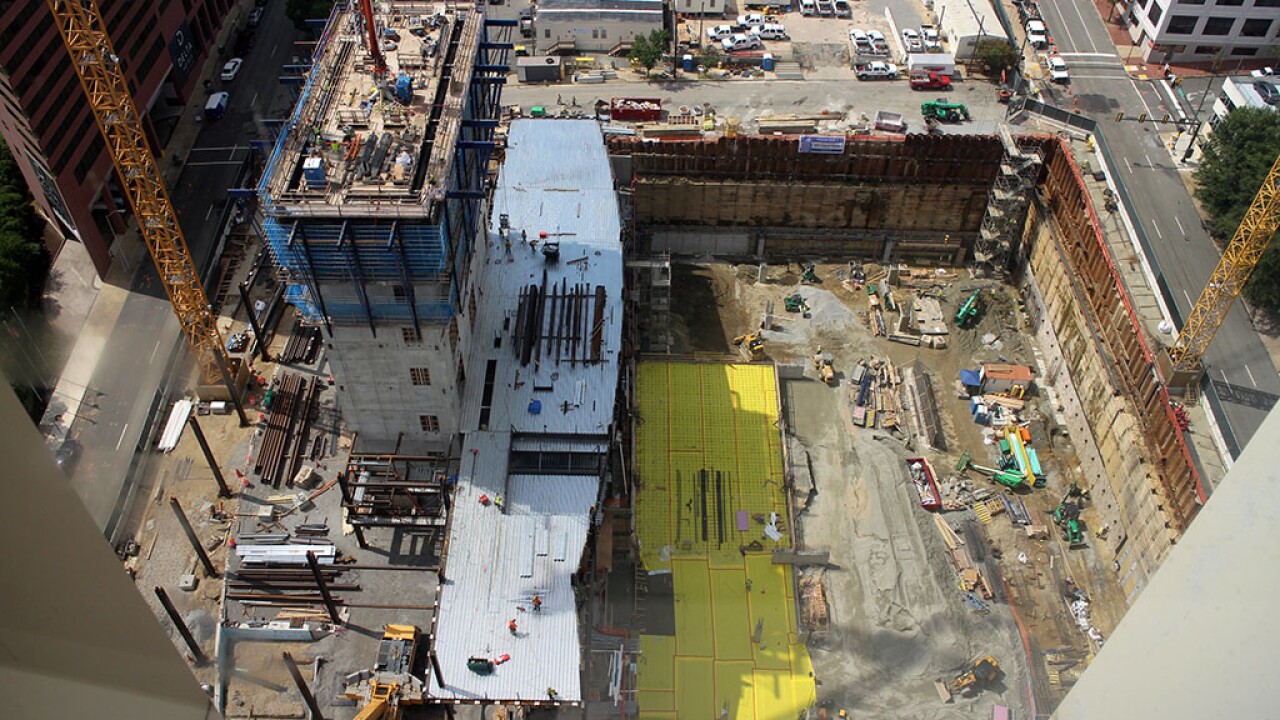 RICHMOND, Va. — With the first of potentially two new towers under construction on Sixth Street, Richmond’s resident utility giant has chosen a name for its forthcoming downtown complex – and it’s also mulling the future of two other sizable properties in the city.

That building, being developed by Richmond’s Hourigan Construction and Chicago-based Clayco, will be dubbed 600 Canal Place, due to its address at 600 Canal St.

Its neighboring building – which will be either another newly constructed 850,000-square-foot, 16-story tower or a renovated version of the existing One James River Plaza – will use the name 700 Canal.

A year has passed since demolition began on the site, which encompasses the entire city block spanning Sixth and Seventh streets between Cary and Canal. Frazier said construction is well underway, with the foundation laid and seven floors of the elevator shaft rising out of the massive pit.

The Canal Place name was chosen from a pool of 1,000 ideas submitted by Dominion employees, and is a nod to Dominion’s original incarnation – a canal navigation company chartered in 1787 as Upper Appomattox Trustees.