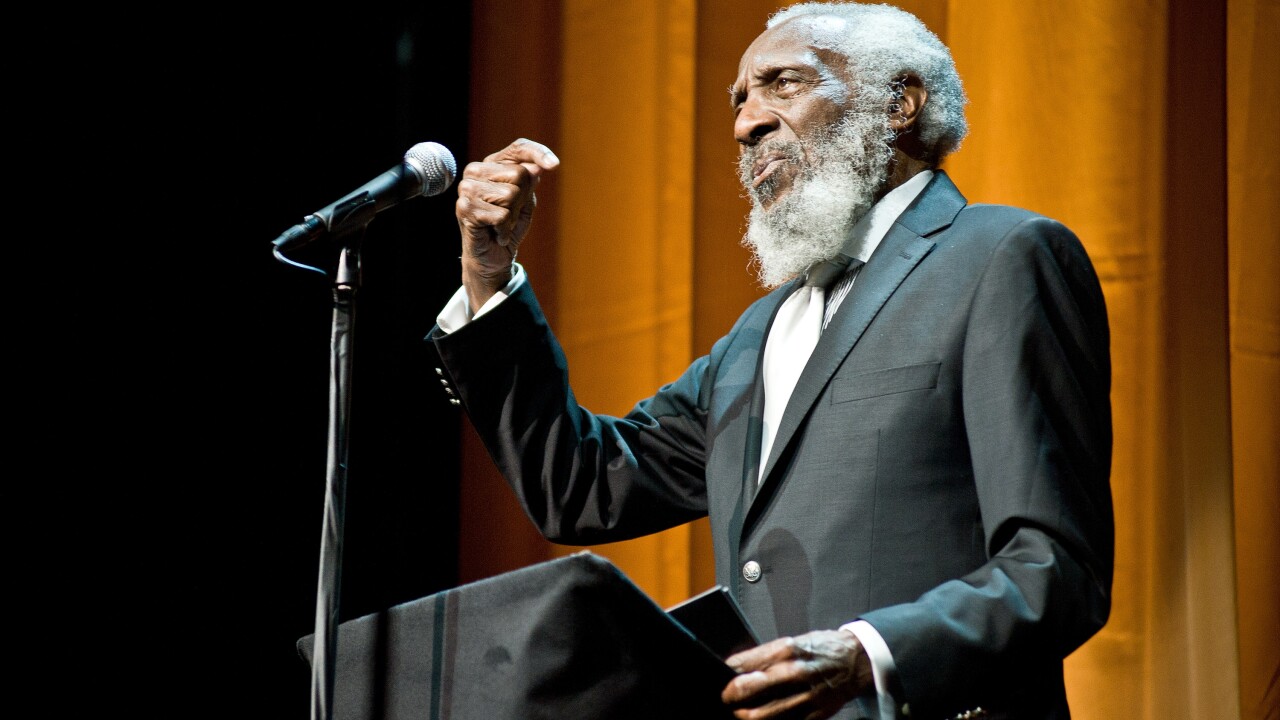 Comedian and civil rights activist Dick Gregory, who broke barriers in the 1960s and became one of the first African-Americans to perform at white clubs, died Saturday.

Gregory recently rescheduled an event in Atlanta because he was hospitalized. He died in Washington, his son posted on social media without giving details.

“The family appreciates the outpouring of support and love, and respectfully asks for their privacy as they grieve during this very difficult time,” Christian Gregory said. “More details will be released over the next few days.”

Gregory satirized segregation and racial injustice in his acts, and was arrested several times in the 1960s for joining civil rights rallies.

He was relatively unknown until 1961, when the prestigious Playboy Club in Chicago asked him to fill in for comedian Irwin Corey one night.

Until that night, he said in a biography on his website, he had worked at small clubs filled with black audiences.

His gig as Corey’s replacement was successful. After winning over a majority white audience that night, the Playboy Club offered him a three -year contract, turning him into a headline performer.

From there, his fame grew as he appeared on numerous TV shows and recorded comedy albums.

When he was not making people laugh, he attended marches and parades to support various issues, including civil rights and the opposition to the Vietnam War.

Gregory was also a health and spiritual advocate and a motivational speaker. He wrote several books, including “Murder in Memphis,” which analyzed the assassination of Martin Luther King Jr.

In a message to fans posted on his Instagram account after he rescheduled the event in Atlanta, Gregory talked about the political climate in the US.

“I’ve so much to say and can’t wait to get out of here and say it,” he wrote Wednesday.

Musician John Legend, who produced a play that focuses on Gregory’s life last year, took on Twitter to honor Gregory.

“Dick Gregory lived an amazing, revolutionary life. A groundbreaker in comedy and a voice for justice,” Legend tweeted.