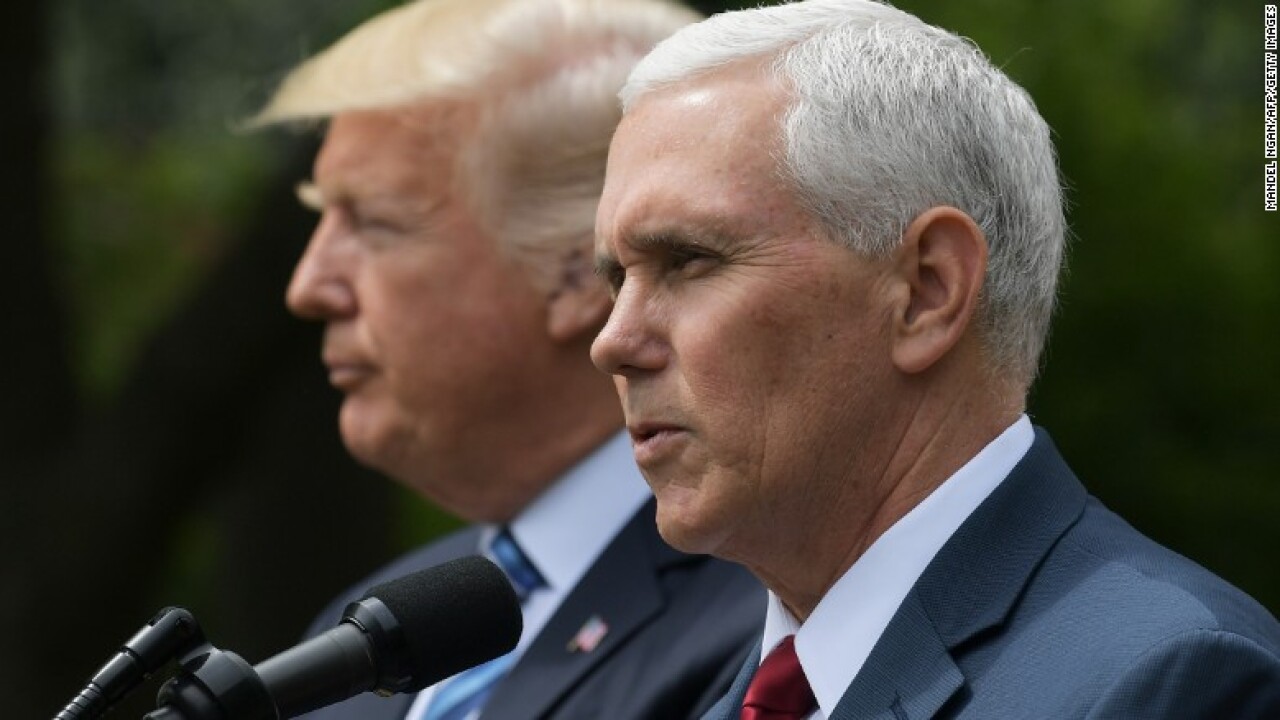 Vice President Mike Pence avoided directly answering a reporter’s question about whether he thought, like President Donald Trump, that there were “very fine people on both sides” who participated in the Charlottesville, Virginia, protests over the weekend that resulted in the death of one woman.

“What happened in Charlottesville was a tragedy, and the President has been clear on this tragedy and so have I. I spoke at length about this heartbreaking situation on Sunday night in Colombia, and I stand with the President,” he said during a joint statement with the President of Chile, Michelle Bachelet.

The reporter also asked if Pence believed that Confederate statues should be removed, another point that President Donald Trump defended on Tuesday as he addressed reporters. The vice president did not answer that portion of the question.

Pence went on to say that he was sending prayers to the family of the woman, Heather Heyer, who died after a white supremacist plowed his car into a crowd that was protesting a neo-Nazi gathering in Charlottesville.

The vice president was vocal on Twitter on Tuesday as he met with Argentina’s President Mauricio Macri, but he did not address the comments the President made during a news conference that same day.

Pence has been traveling throughout Central and South America, meeting with various leaders to put pressure on Venezuela, since Sunday. During the joint statement with Chile’s Bachelet, Pence pressed other countries to cut ties with North Korea.

“It is our hope that Chile, Brazil, Mexico and Peru will join us in breaking all diplomatic and commercial ties with North Korea. And as that isolation — economically and diplomatically — continues, the hope for a peaceable solution and a nuclear-free Korean peninsula, we believe, becomes more attainable,” Pence said.

The vice president’s office announced that he would be ending his trip early and returning to the US on Thursday. His spokesman Marc Lotter told CNN, “He’s cutting the trip short to do Camp David with the President and the national security team.” The meeting is scheduled to take place on Friday.