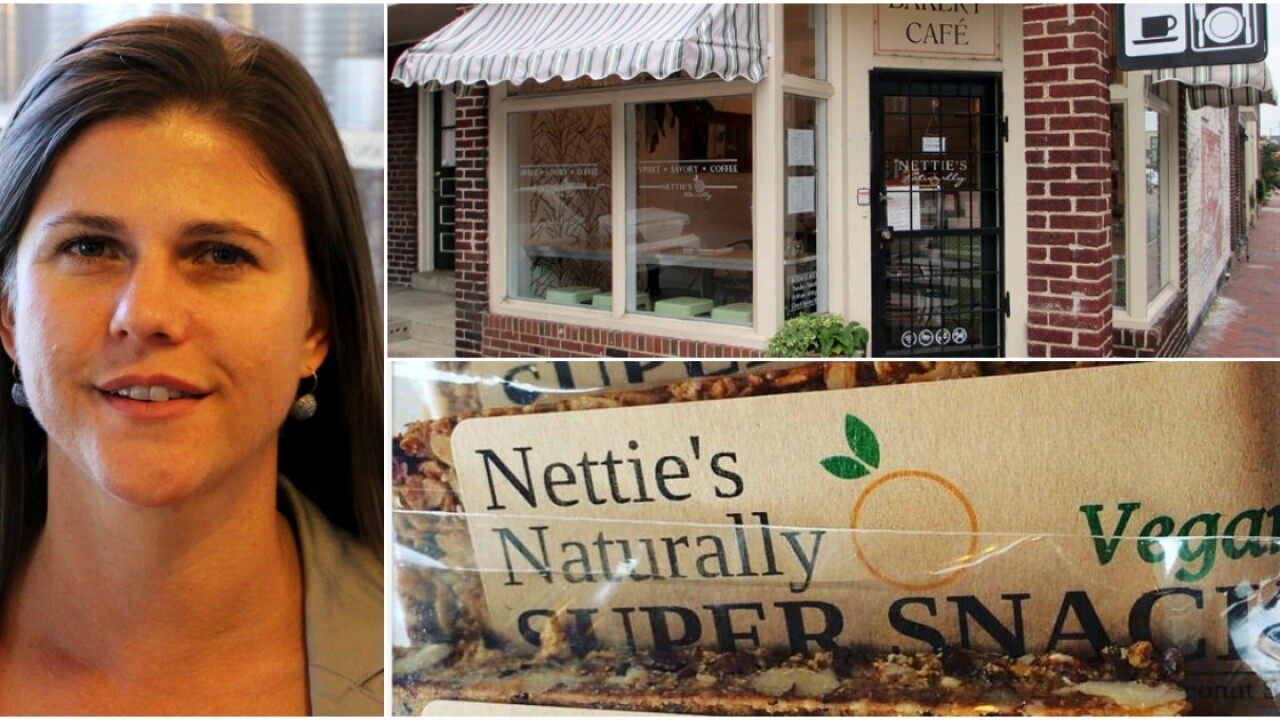 RICHMOND, Va. — A downtown bakery has unexpectedly closed its doors after its owner says she was denied re-entry to the country.

Nettie’s Naturally owner Lynette Potgieter says she has no choice but to close her wholesale business and bakery-café at Adams and Clay streets after she was denied a required visa stamp while visiting her sister in Switzerland.

Potgieter, who started Nettie’s Naturally five years ago and opened her storefront in 2015, said she wasn’t given a reason why she was denied the visa stamp to re-enter the U.S. at the American embassy in Switzerland.

While she was willing to discuss her situation with BizSense, she did not want to comment in detail because she’s concerned doing so could affect her active request for a green card, which would make her a permanent U.S. resident.

A native of South Africa, where she is now staying with her parents, Potgieter said she was told by immigration attorneys she consulted with before her trip that she now has no option but to stay out of the U.S. and wait for her green card to be approved – a process she said could take up to six months.

In light of that timeframe, she said she is forced to close Nettie’s Naturally, losing the business she’s built over the past five years and putting two employees out of a job in the process. The bakery specializes in gluten-free and vegan items and supplies inventory to the likes of Whole Foods in Short Pump and Ellwood Thompson’s in Carytown.