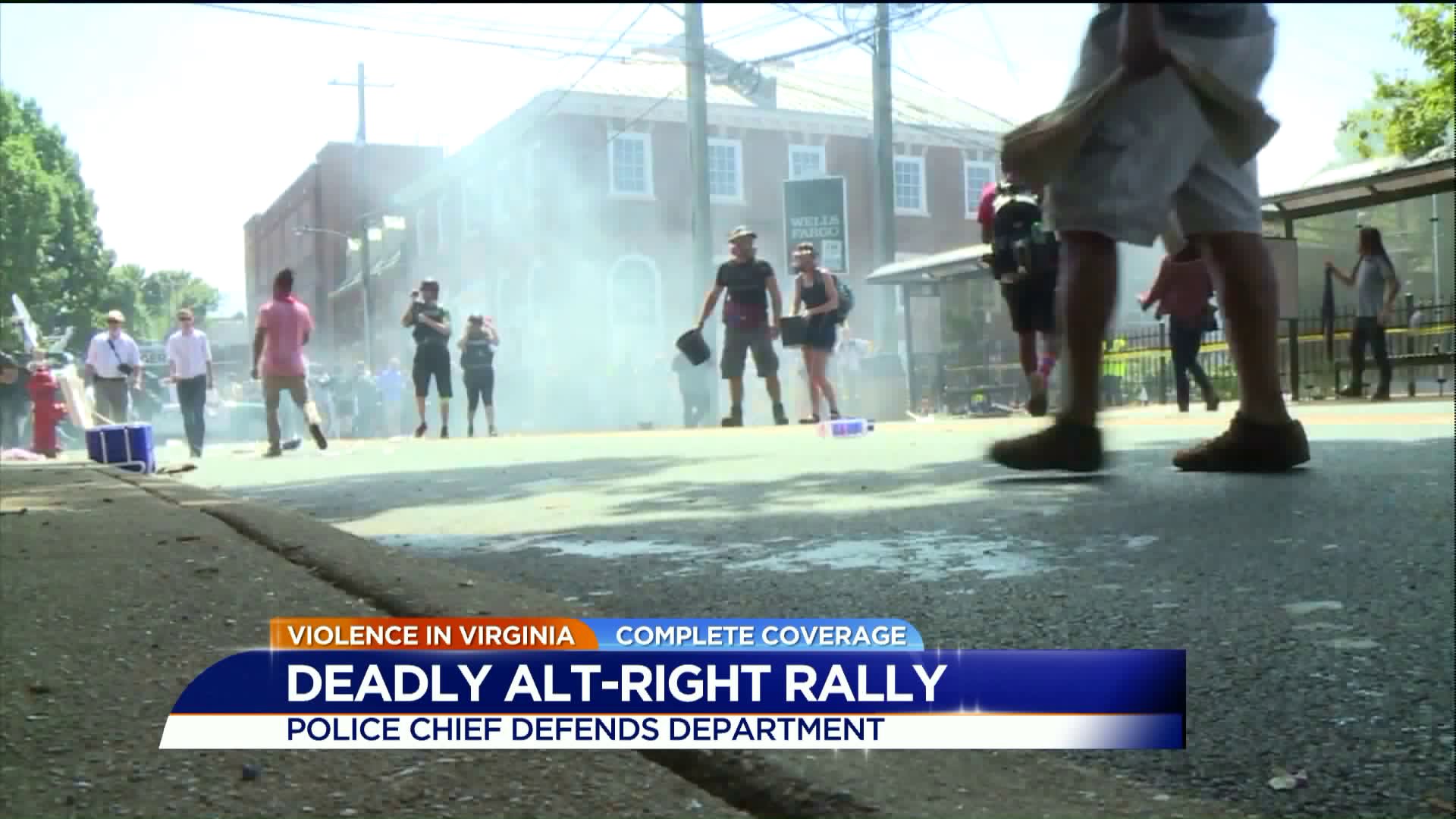 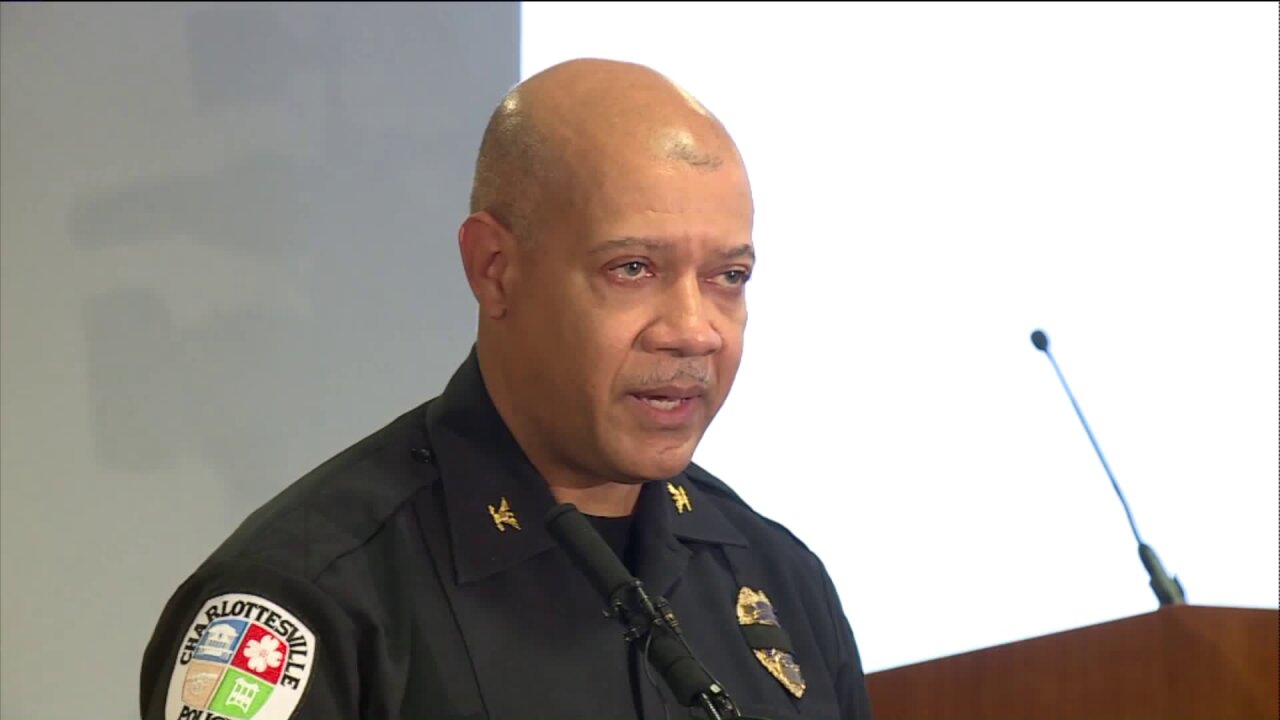 CHARLOTTESVILLE, Va. -- Charlottesville Police Chief Al Thomas fired back Monday afternoon at the organizer of the “Unite the Right” rally, who blamed the city's police department for Saturday’s violence.

In a statement Sunday morning, Jason Kessler said Saturday’s events were the result of the Charlottesville Police officers refusing to do their job.

“They didn't follow through with the agreed up on security arrangements,” said Kessler.

Thomas responded Monday, accusing the alt right group of not following through with the plan they agreed on.

“We had a plan to bring them in at the rear of the park. They had agreed to cooperate with the plan; unfortunately they did not follow the plan. They began entering at different locations in and around the park,” he said.

Thomas called the day “tragic” and said he regrets the tragic outcome, but he defended his department and their efforts at the rally.

Chief Thomas said the shift forced police to quickly alter their plan and made it harder to keep the white nationalists separated from the counter protesters, many of them from the left-leaning Antifa group.

“We did make attempts to keep the two sides separate however we can't control which side someone enters the park,” he said.

Within an hour, the rally turned violent with fights breaking out throughout the streets of Charlottesville.

Police who showed up in their regular uniforms had to change into protective gear.

“It took probably an hour to gain control of the streets. We had groups that were moving constantly. We were following a number of groups making sure that they were being peaceful but it was a challenge,” said Thomas. “It was certainly a challenge. We were spread thin once the groups dispersed.”

Several people questioned why the police did not intervene in many of the assaults.

Thomas emphasized that he did not tell officers not to intervene in assaults without permission from the mayor.

“No and I would like to know who that officer is who allegedly made those remarks. That is simply not true,” he said.

Charlottesville resident Mark Easton Jr. said he did notice a less aggressive approach from the police on Saturday.

“The show of force wasn't as strong as the first rally. I think everybody knows that,” he said.

But Easton went on to say that the police department did a great job, faced with a nearly impossible task on Saturday.

“You can't combat hatred like this,” he explained. “I mean the whole military could have came… you're not going to stop people that hate.”

After Thomas’ press conference, Kessler tweeted that the Chief Thomas lied and said the police department scrapped the evacuation plan they had agreed upon.