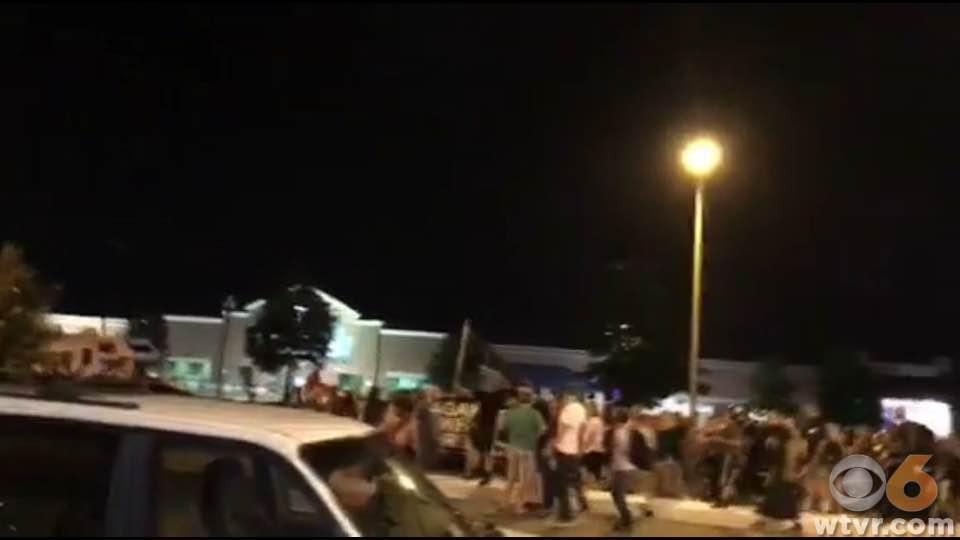 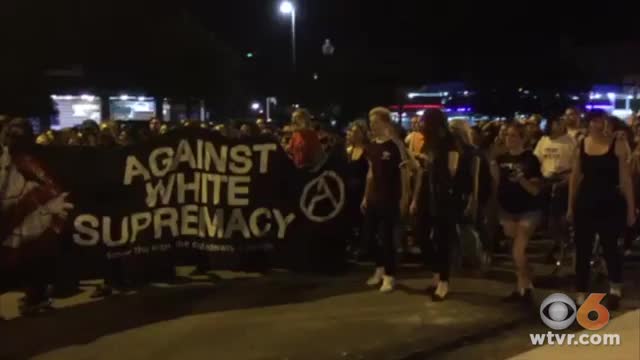 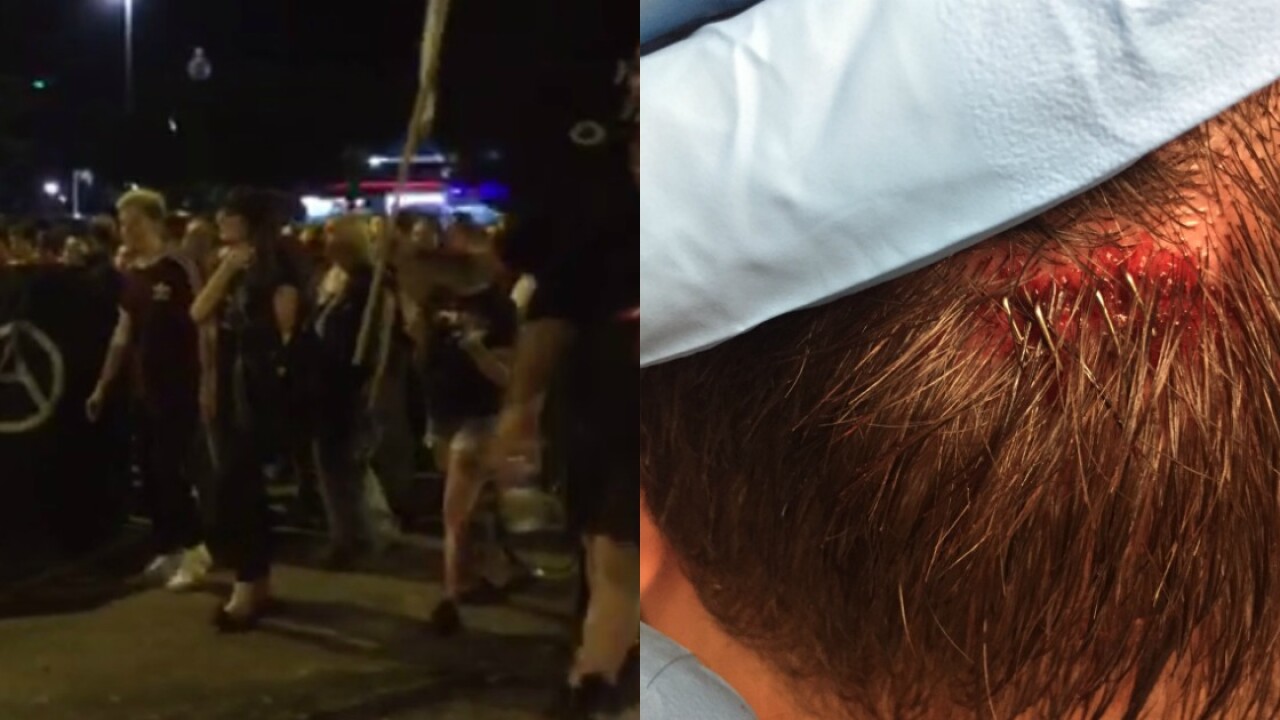 RICHMOND, Va. -- A WTVR CBS 6 journalist was assaulted by a protester in Richmond Sunday night.

The journalist, who was not on the clock but was recording video for the newscast on his phone, recorded video of a large crowd of Monument Avenue protesters passing by The Camel, a live music venue, on West Broad Street.

“I can film whatever I want,” the CBS 6 staffer replied in the video. "Get out of my face."

The employee said protesters then put the flags in his face to block his camera view and intimidate him.

"When this man ran up he was told people did not want to be filmed. He proceeded to film anyways. He was then told AGAIN that he was not to film people's faces. He proceeded anyways," a post on the Antifa Seven Hills Facebook page describing the situation read.

"That’s when then I extended my arm above the flags to try to get a better shot of the protest," he said. "One member of the group hit the phone out of my hand and my natural reaction was to push them out of my personal space. Immediately following I was hit in the back of the head with a some type of blunt object."

Police officers responded and the journalist was transported via ambulance to the hospital, where he received four staples in his scalp. He was later released from the hospital.

"This is not a peaceful protest," he wrote.

Additionally, a marked WTVR CBS 6 crew on the scene captured video of one protester who was concealing a baseball bat.

Richmond Police tweeted just after 10:20 p.m. that the protest was underway on West Broad Street and Laurel.

Police tweeted at 12:30 a.m. that the demonstrators had returned to Abner Clay park where they dispersed.

The protesters took to the streets chanting demands to tear down Confederate monuments in Richmond.