ACLU fires back at Gov. McAuliffe after comments on violence at Charlottesville rally 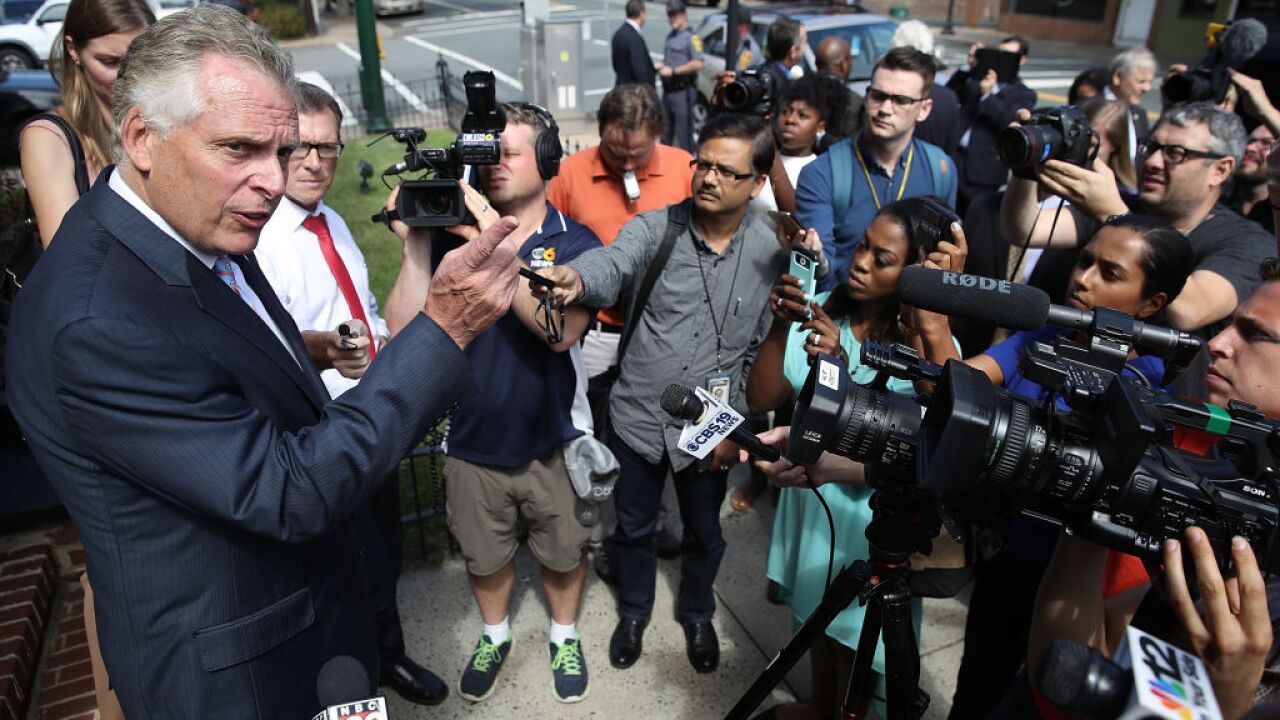 RICHMOND, Va. -- The American Civil Liberties Union of Virginia is responding to Virginia Governor Terry McAuliffe after they say he blamed the organization for the violence in Charlottesville Saturday.

The remarks in question came when the governor spoke on NPR’s Morning Edition on Monday morning.

“The City of Charlottesville asked for that to be moved out of downtown Charlottesville to a park about a mile and a half away to a park with a lot of open fields. That was the place where it should have been,” McAuliffe said. “We were unfortunately sued by the ACLU. The judge ruled against us. That rally should not have been in the middle of downtown.”

ACLU of Virginia Executive Director Claire Guthrie Gastanaga said in no way was their lawsuit cause the violence Saturday afternoon.

“We are horrified by the violence that took place in Charlottesville on Saturday and the tragic loss of life that resulted from it,” said Gastanaga.

“But let’s be clear: our lawsuit challenging the city to act constitutionally did not cause violence nor did it in any way address the question whether demonstrators could carry sticks or other weapons at the events.”

Gastanaga said the role of the ACLU is to ensure that the system works the same for everyone.

“We asked the city to adhere to the U.S. Constitution and ensure people’s safety at the protest. It failed to do so,” she wrote.

Gastanaga said that it is the responsibility of law enforcement to ensure safety of both protesters and counter-protesters. She went on to say that policing on Saturday was not effective in preventing violence.

“I was there and brought concerns directly to the secretary of public safety and the head of the Virginia State Police about the way that the barricades in the park limiting access by the arriving demonstrators and the lack of any physical separation of the protesters and counter-protesters on the street were contributing to the potential of violence,” said Gastanaga. “They did not respond. In fact, law enforcement was standing passively by, seeming to be waiting for violence to take place, so that they would have grounds to declare an emergency, declare an ‘unlawful assembly’ and clear the area.”

ACLU of Virginia said they hope that McAuliffe and other state and local officials will learn from last weekend’s deadly event.

“It is my firm hope and desire that the governor and other state and local officials will learn from this past weekend how constitutionally to prevent events like the horror we saw in Charlottesville from ever happening again,” Gastanaga wrote.