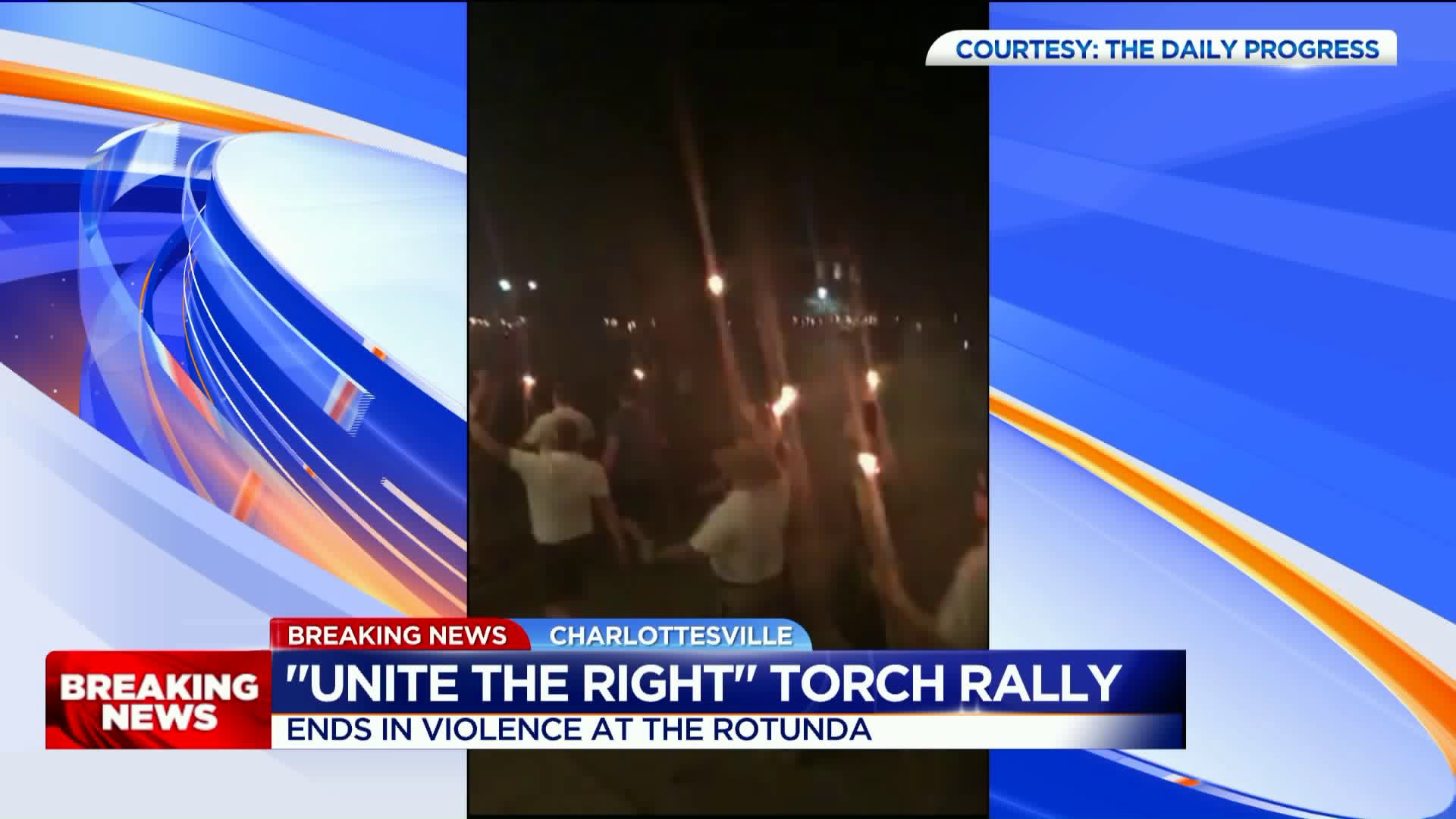 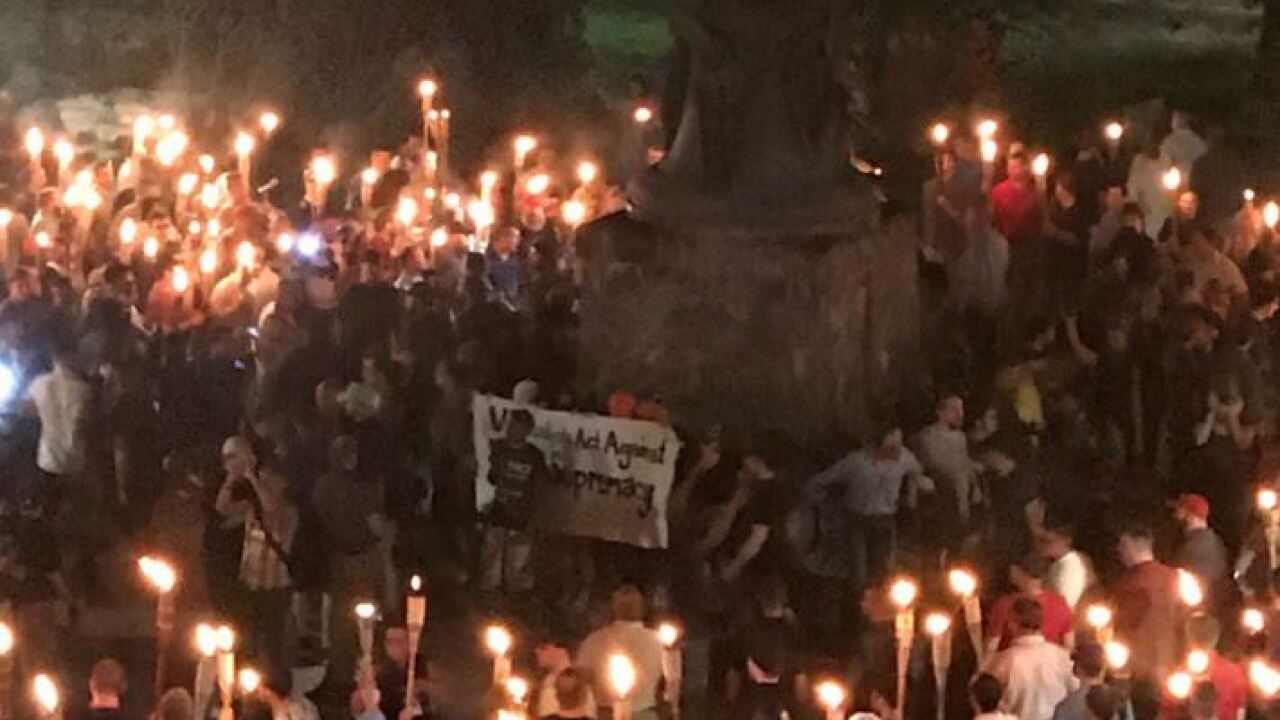 CHARLOTTESVILLE, Va. -- Alt-right marchers and counter protesters clashed Friday night at the ‘Unite the Right’ torch rally on the campus of the University of Virginia.

More than 100 white nationalists, neo-Confederates, and alt-right activists marched with Tiki torches through the university’s lawn and the Rotunda.

Now on the Lawn at UVA. Hallowed ground at the university. pic.twitter.com/iqrtUPrdTy

Marchers were heard chanting “white lives matter” while gathered at the Thomas Jefferson statue. That’s when the marchers were reportedly met with counter protesters.

When police arrived to the scene they ruled that the march was an unlawful assembly and shut down the torch rally. There is no word on any arrests or injuries.

The torch rally was held after a federal judge granted a temporary injunction, allowing Saturday’s rally at Emancipation Park to proceed.

CBS 6 will have live coverage on that rally on air and on WTVR.com.

Virginia Governor Terry McAuliffe urged Virginians to stay away in a statement released hours before a planned “Unite the Right” rally that could bring thousands of white nationalists, neo-Confederates, alt-right activists, and counter protesters to Charlottesville.

“In advance of [Saturday’s] rally there have been communications from extremist groups, many of which are located outside of Virginia, who may seek to commit acts of violence against rally participants or law enforcement officials.

“In the event that such violent or unlawful conduct occurs, I have instructed state public safety officials to act quickly and decisively in order to keep the public and themselves safe,” Governor McAuliffe’s statement read. “I want to urge my fellow Virginians who may consider joining either in support or opposition to the planned rally to make alternative plans.

“Many of the individuals coming to Charlottesville are doing so in order to express viewpoints many people, including me, find abhorrent.

“As long as that expression is peaceful, that is their right. But it is also the right of every American to deny those ideas more attention than they deserve.

“Men and women from state and local agencies will be in Charlottesville tomorrow to keep the public safe, and their job will be made easier if Virginians, no matter how well-meaning, elect to stay away from the areas where this rally will take place.”

The governor said Virginia State Police would handle police planning and response for rally and that the Virginia National Guard was on stand by if needed.

Saturday’s event after a Ku Klux Klan rally in July drew about 50 Klan members and supporters who gathered around a statue of Confederate Lt. Gen. Thomas “Stonewall” Jackson.

The historic city, home of Thomas Jefferson and the University of Virginia, has become the latest Southern battleground over the contested removal of Confederate monuments.