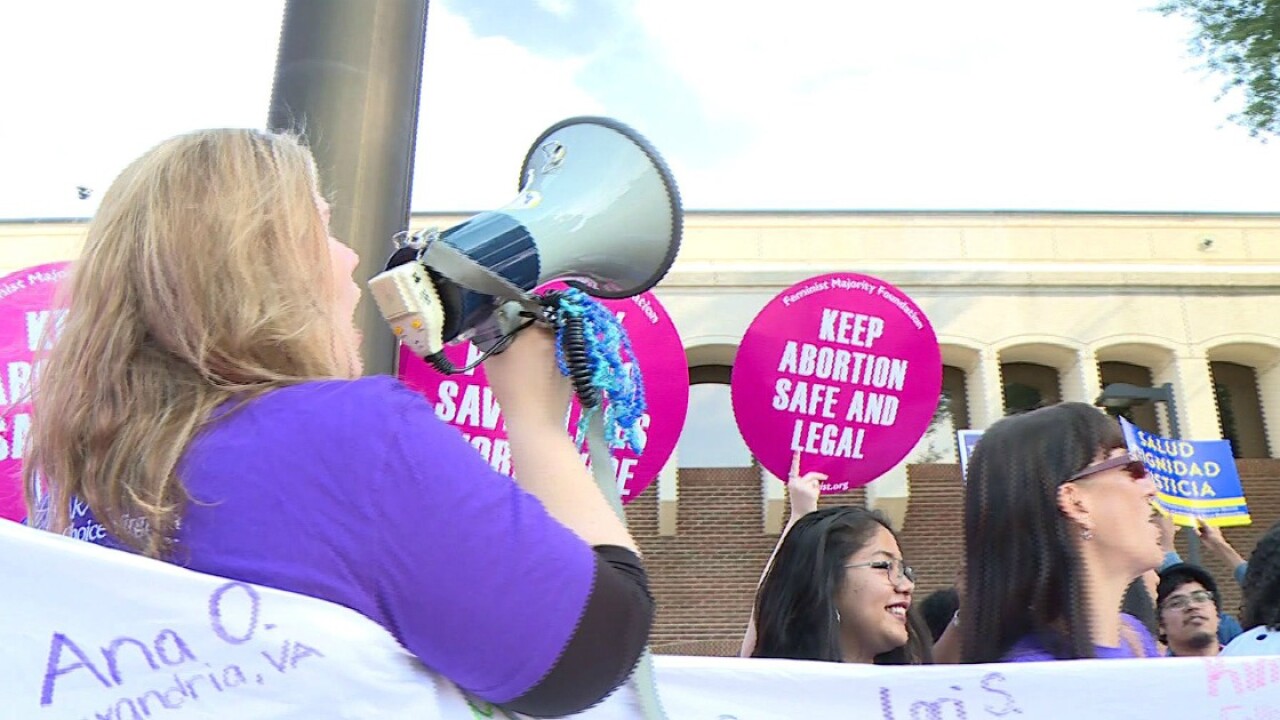 "I want the judge to say that the rule of law matters and how the Governor and his appointees rollback regulations," Cobb said. "We think it matters a whole lot to the Commonwealth of Virginia and the people who elected these folks that political favors are not done illegally."

The regulations, passed by the Virginia General Assembly and signed by Republican Governor Bob McDonnell in March 2011, required "any facility in which five or more first trimester abortions per month are performed" to be retrofitted and regulated as if it were a hospital.

Progress Virginia and Pro-Choice groups said the regulations put the state's 14 women's clinics that provided abortions in danger of closing.

In 2014, Governor McAuliffe instructed the Board of Health to review the targeted regulation of abortion providers (TARP )law. The regulations were subsequently repealed.

Attorney Daniel Carrell represents Itzel Melendez, one of four plaintiffs in the case. While the mother of eight never had an abortion, Carrell said she was adversely affected by the rollback because it threatened her health if she wanted an abortion in the future.

He argued that the time frame in which the public was able to comment on the rollback was too narrow and only open for a short period of time.

"Melendez, a woman of child bearing age, believes her health and safety would be compromised if she were to feel the need to use the facilities in the future," Carrell argued.

Prior to the hearing, about 50 pro-choice advocates from groups like the ACLU, NARAL Pro Choice Virginia, and Planned Parenthood rallied outside the Henrico Courthouse holding signs and yelling chants.

The judge said he would return a written decision on the lawsuit in about two weeks.