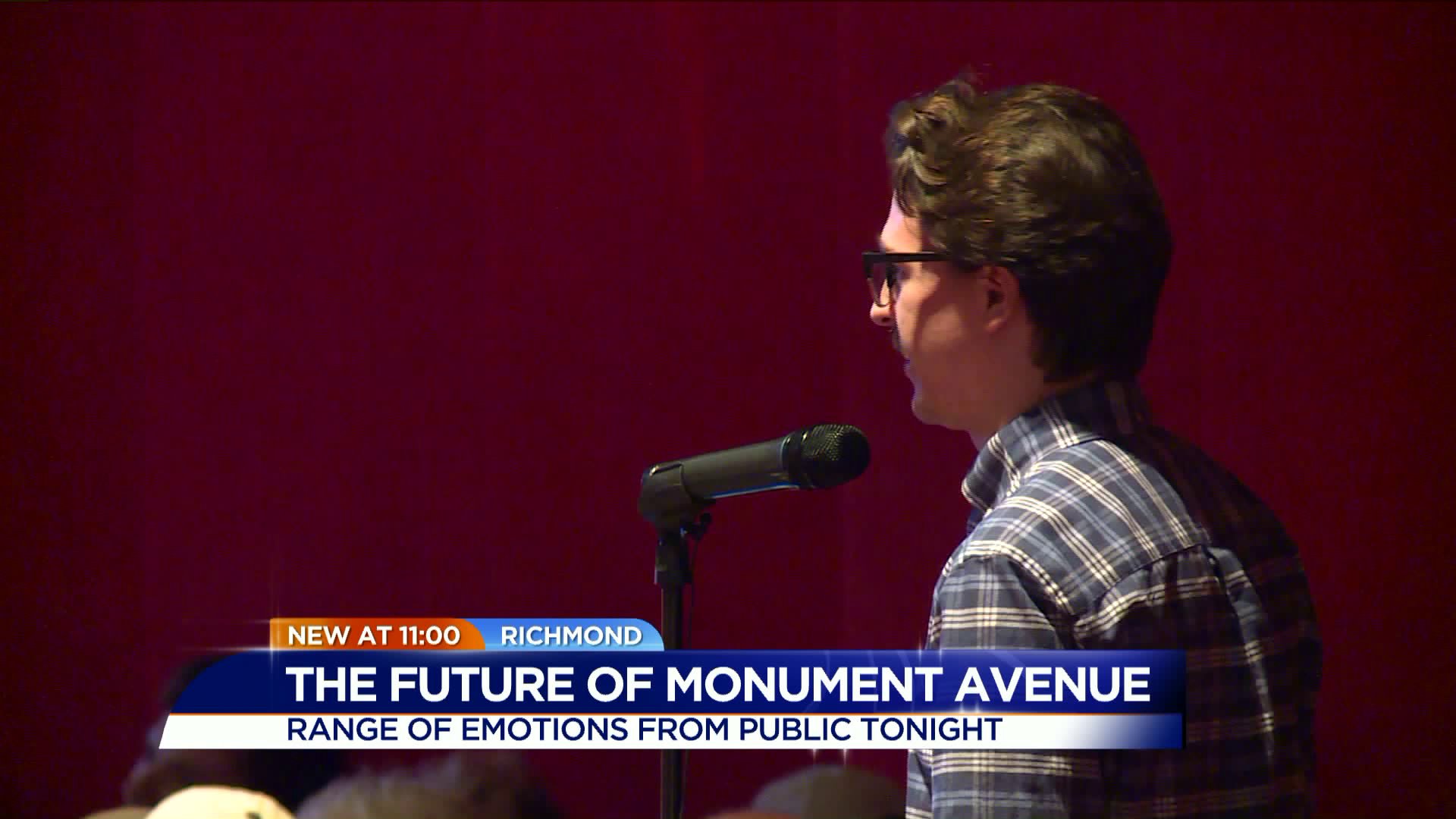 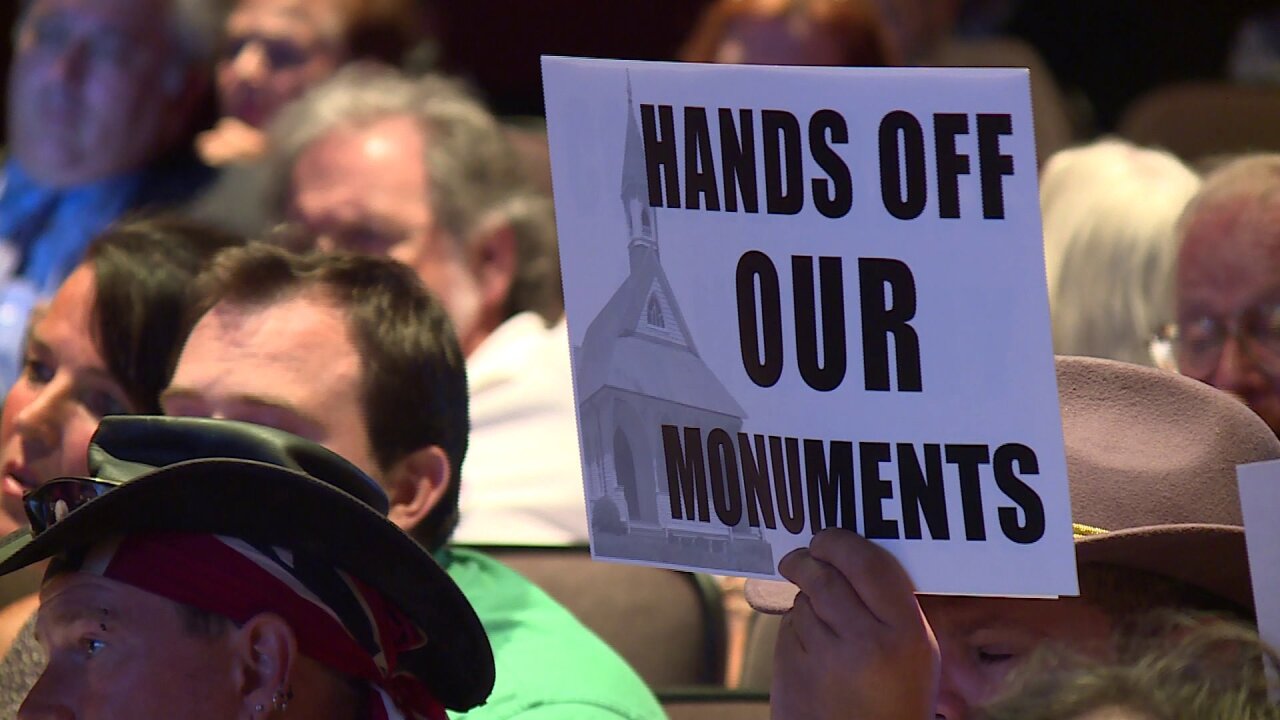 RICHMOND, Va. -- More than 500 people showed up to a public meeting Wednesday night to cheer, jeer, and share their opinion with  the Monument Avenue Commission.

The meeting was held at the Virginia Historical Society, and it was so full that some people were not allowed in due to fire code regulations.

If you thought Richmond had moved beyond the Civil War, the meeting proved otherwise.

"I do not want to see any monuments on there for any of them low-down invading, raping, murdering, looting, heathens from the North when they came down here," one man said to a combination of yelling and cheers.

"Now is the time to put the past in the past and tear down participation trophies. They're participating trophies for the losing side of a war, you lost, get over it already," another man said to loud cheers and yelling.

Even though the purpose of the commission Stoney created was not to discuss whether to remove the monuments, over and over again people shared their views about whether to keep them or remove them.

"They should go down, there's nothing heroic about it, and it's painful to this day," one African-American woman, who identified herself as a former teacher in Richmond, said.

"Do not take them down, no, that's history," another African-American woman said.

The head of the commission ultimately reminded the group about their purpose, which was to discuss possibly adding context to the Confederate monuments or add more statues to the city honoring others.

The hundreds who came out certainly gave them something to think about.

"A statute of Douglas Wilder... that was such an important moment when he was elected governor," one woman said before breaking down in tears.

"I think we should have another avenue to honor our African-American history we have ignored and I think the Boulevard would be perfect for that," a woman who said she was a history teacher said.

"Add one more statue and that would be to the black Confederates that served in the Confederacy," a man in a bow-tie and seersucker suit said.

The plethora of suggestions ultimately seemed to give the commission and Richmonders hope that the community can reconcile on this issue.

"Ultimately, I'm not sure if those statues need any context, there is already so much conversation happening about it, but I would much rather see there be context than see what is going on in Charlottesville," one man said.

Mayor Stoney did not attend the meeting, but a spokesperson told CBS 6 that he will review what was said.

The next public hearing on the issue is September 13.