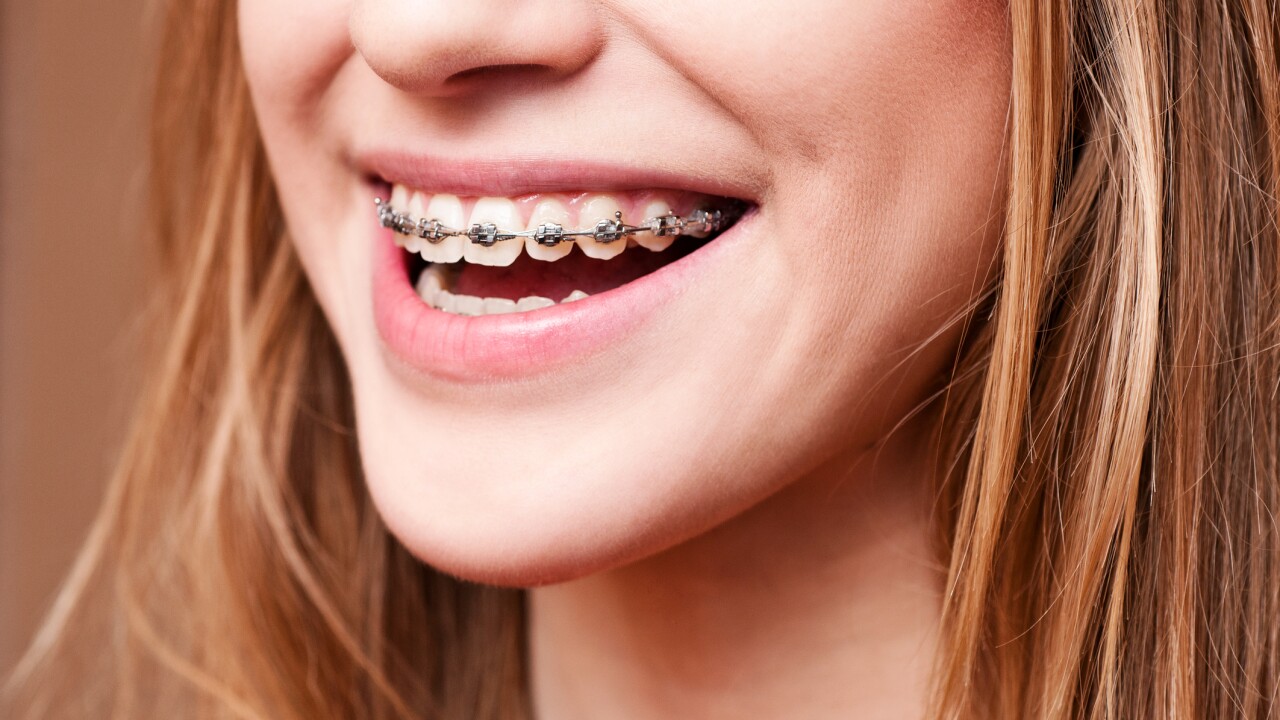 Brace yourself for this story: Ten years after her orthodontic braces were removed, a piece of dental wire was found stuck inside an Australian woman’s small intestine.

Dr. Talia Shepherd, one of the treating physicians, said the 30-year-old woman showed up at the emergency department of Sir Charles Gairdner Hospital in Western Australia complaining of cramping and severe abdominal pain. The situation was reported in a study published Monday in the medical journal BMJ Case Reports.

Initially, doctors thought the woman’s pain was related to her gallbladder, and she was released once the pain alleviated. Two days later, she returned to the emergency department, again complaining of extreme pain.

A piece of a dental wire perforated several spots in a woman’s small intestine.

“After looking at the CT scan, at first we thought it was a fish bone, because that’s a pretty common thing to find in the stomach,” Shepherd said. “But when we went to ask the patient if she remembered swallowing anything, she had no recollection.”

Because the intestine had been pierced in multiple spots, it had twisted around on itself, causing a condition known as volvulus. This, along with the extreme pain the woman was experiencing, led doctors to determine that emergency surgery was needed.

The woman had not worn orthodontic braces for 10 years, but after the surgery, the doctors found that what had perforated her bowel was actually a 7-centimeter piece of wire, presumably from her braces.

Shepherd said the case is so unusual because of the 10 years the wire went unnoticed.

“I think it was probably just sitting there in her stomach the whole time, and then when the small bowel was punctured, that’s when the pain started,” she said.

However, Shepherd also said those who have braces shouldn’t be alarmed.

“The chances of swallowing a wire from your braces is very low,” she said. “There might be a higher chance if you’re sedated and undergo a dental procedure. But this is a very unusual case.”

Dr. Pat Raymond, a gastroenterologist and assistant professor of clinical internal medicine at Eastern Virginia Medical School, also thinks the case is unusual because the patient did not remember swallowing anything.

“Usually, when people have an injury related to swallowing something, they remember accidentally swallowing it or intentionally swallowing it,” said Raymond, who is also a spokeswoman for the American College of Gastroenterology. “But that she doesn’t remember getting a relatively large piece of wire down there a decade before is strange.”

What other weird things have people swallowed?

A dental wire isn’t the only weird thing to be swallowed and recovered from people’s bodies.

“It’s incredibly common in my profession to see people who have swallowed things,” Raymond said. “The objects often vary based on whether things are swallowed intentionally or by mistake.”

Case studies published in recent years have reported unusual objects both purposely and accidentally swallowed, including a toothbrush, a fitness tracker, a lighter, an LED bulb and dentures.

One report detailed the case of a woman who had an ink pen removed from her stomach 25 years after she accidentally swallowed it. The pen was still in working order.

And last year a man purposely swallowed 110 cocaine packets in an attempt to smuggle the drugs across countries. Some of the drugs passed through his system, but another part had to be removed at the hospital.

However, a recent study reported that the objects people swallow most often are chicken bones and fish bones. Raymond said accidental ingestions usually occur when people place things in their mouths to temporarily hold them, such as bobby pins or screws.

Most often, doctors treat patients that have ingested foreign objects by allowing the swallowed object just to pass through the body, said Dr. J. Sumner Bell III, a gastroenterologist and member of the American Gastroenterological Association.

“The general rule is that if it passes out of the esophagus, it’s likely to pass through the rest of the intestine without incident,” Bell said. “But if people swallow batteries, children swallow magnets, or sharp objects like razor blades or packages of cocaine, that’s where we get involved to actively remove them.”

Bell said doctors are concerned about these types of items because they can cause harm to the patient through perforation inside the body, just as in the dental wire case.

If the object cannot pass, doctors will usually use an endoscope to spot and remove the item from the esophagus or stomach. Surgery is usually needed only in cases with very sharp objects or when patients are in extreme pain.

So if strange foreign objects can survive inside us for extended periods of time, what about the old wives’ tale that gum lasts in our stomachs for seven years?

“Gum does not hang out for long in the stomach. Pretty much, the wad of gum is small enough to go from the stomach to the small intestine,” Raymond said. “Then it travels downstream, and it comes out the bottom end.