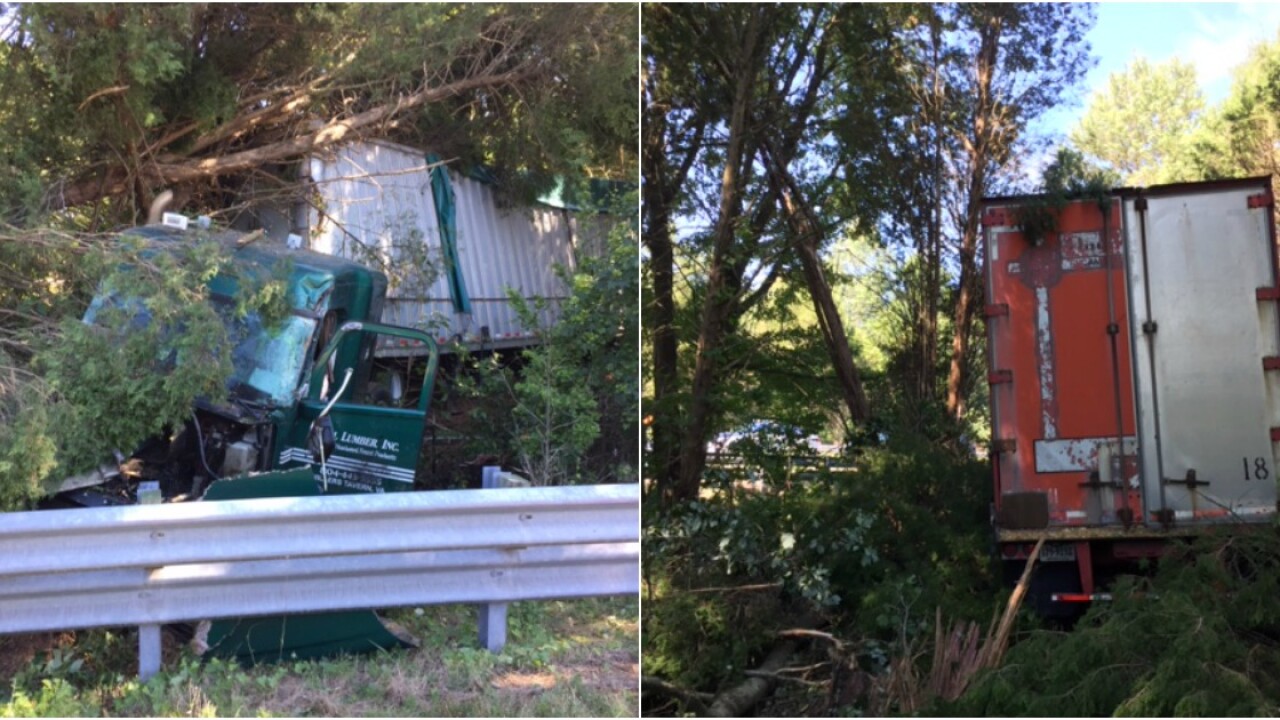 GOOCHLAND COUNTY, Va. — A wrecked semi caused major delays and backed up traffic for miles on I-64 east in Goochland County Sunday.

Sgt. Steve Vick with Virginia State Police said the driver of a semi was trying to avoid a deer when he ran off the interstate around 9:50 a.m.

Vick said the driver and a passenger suffered minor injuries in the accident.

The crash closed all eastbound lanes of the interstate one mile east of Oilville Road exit. The ramps from Oilville and Cross County roads to I-64 east were also closed.

At one point there was an eight-mile backup, but traffic had cleared as of 8 p.m.

Vick said no charges will be filed in the crash.

Crash on I-64 east in Goochland (SOURCE: Virginia State Police)