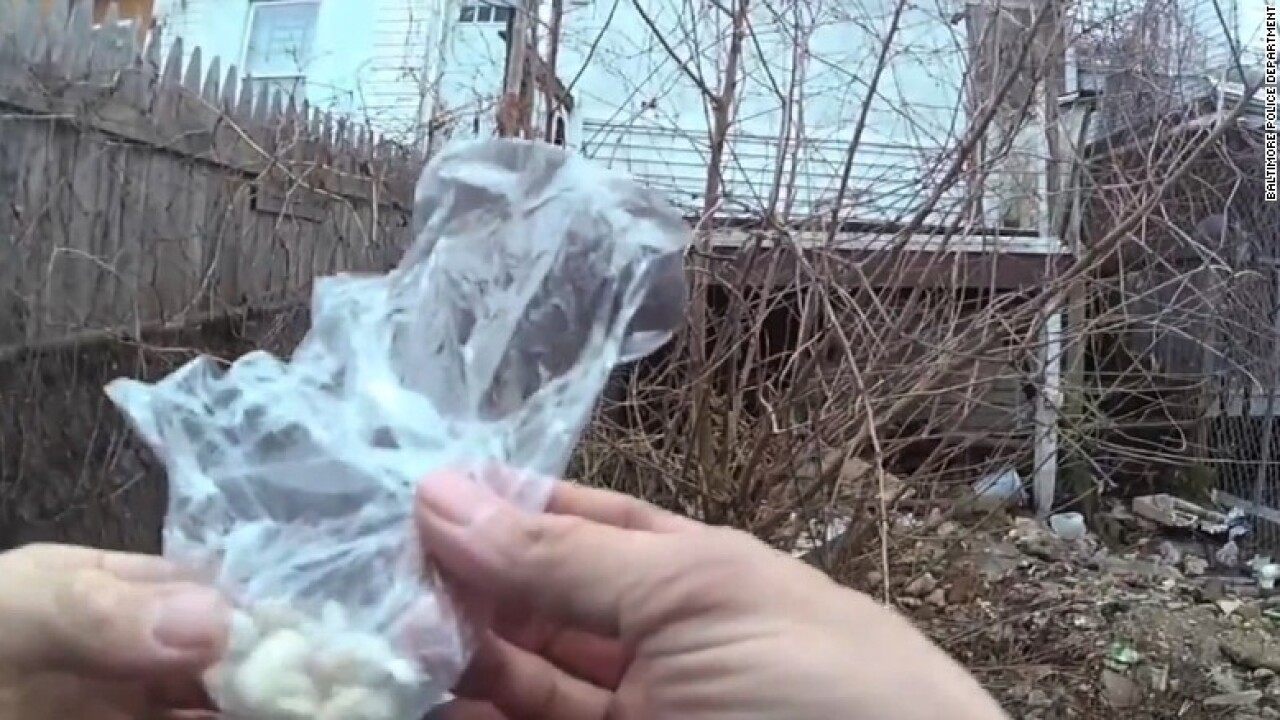 BALTIMORE — More than 30 cases involving three Baltimore police officers who are the subjects of an evidence-planting investigation have been dismissed or are set to be dismissed, the Baltimore City State’s Attorney said Friday.

Body camera footage from an arrest in January that appears to show one of the officers hiding drugs at the scene has called the credibility of the trio into question, Marilyn Mosby, State’s Attorney for Baltimore City, said.

She said 34 cases will be dismissed while 77 are still being reviewed. Twelve other cases are moving forward.

“Where these officers are material and necessary witnesses, we are dismissing those (34) cases, which rely exclusively on the credibility of these officers,” she said.

The Baltimore Police Department’s Internal Affairs division is investigating possible criminal wrongdoing, while the state’s attorney office is evaluating what role the officers’ testimonies would play in prosecuting cases.

“We have attempted to identify alternative ways to prove those cases where there is independent, corroborative evidence,” Mosby told reporters.

The Baltimore City Fraternal Order of Police did not immediately respond to a CNN request for comment Friday night.

The investigations were prompted by the release of body camera video by the Maryland Office of the Public Defender last week.

It shows an officer placing a plastic bag into a food can, then partially hiding it under a piece of debris. Thirty seconds later the audio begins, and the officer says, “I’m going to check here. Hold on,” as his colleagues laugh. The officer then gives a cursory look at other items in the debris-strewn lot and appears to stumble onto the drugs in the can.

Baltimore Police Commissioner Kevin Davis said last week it was possible that officers were re-enacting the discovery of the drugs.

“It’s certainly a possibility that we’re looking into to see if the officers in fact replaced drugs that they had already discovered in order to document their discovery with their body-worn cameras on,” Davis said.

One officer in the video has been suspended, and two others were placed on administrative duty pending an investigation by the department’s Office of Professional Responsibility.

Two days before the trial date for the drug arrest from the video footage, the public defender brought the video to prosecutors. Prosecutors dismissed the case.

Mosby said Friday that another body camera video has been turned over to Internal Affairs after it was flagged by one of her prosecutors. She didn’t give any further details other than it didn’t involve the three officers.

Shortly after the charges came down, the commissioner said that the department would be ending plainclothes policing, telling The Baltimore Sun he was concerned that their methods “accelerated a cutting-corners mindset.”

Since 2011, Baltimore has paid out more than $13 million to settle lawsuits alleging police misconduct. In April, a federal judge approved a consent decree after a Justice Department report found a wide racial disparity in the way the Baltimore police treat citizens.