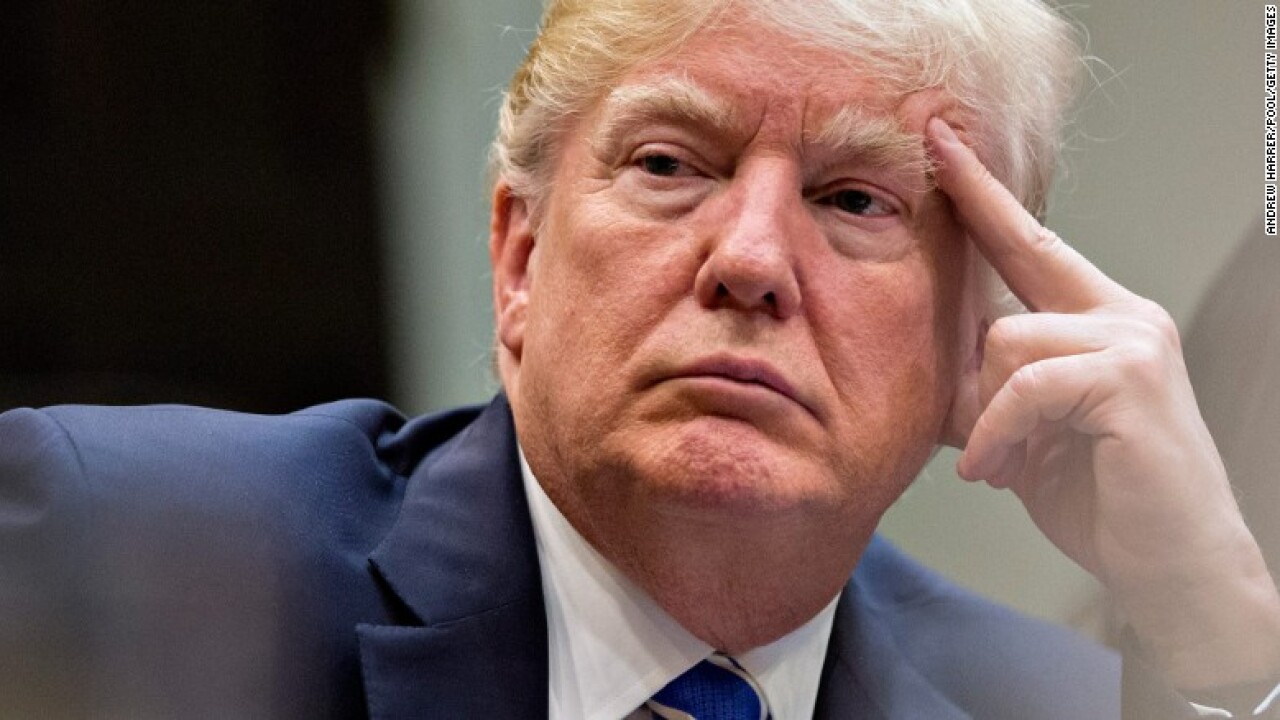 President Donald Trump railed against Senate rules requiring 60 votes to overcome a filibuster in a series of tweets Saturday morning, just a day after the chamber dealt a devastating setback to the GOP effort to repeal and replace Obamacare.

“Republicans in the Senate will NEVER win if they don’t go to a 51 vote majority NOW,” Trump tweeted. “They look like fools and are just wasting time.”

Republicans in the Senate will NEVER win if they don't go to a 51 vote majority NOW. They look like fools and are just wasting time……

Trump fumed at the loss after the vote, tweeting that the three Republicans “let the American people down,” linking them to the Democrats who were uniformly against the plan.

Current Senate rules mandate that 60 senators — three-fifths of the 100-member Senate — must agree in order to end debate and move forward to a vote on a measure or piece of legislation — a process known as invoking cloture.

While the Senate has invoked the so-called “nuclear option” in the past to get certain nominations — most recently of note Supreme Court nominee Neil Gorsuch — through the chamber by a simple majority vote, there is currently no method for doing so with legislation.

Republicans have instead opted to try to pass tax reform and health care through a process known as reconciliation, which applies to budgetary measures and requires only 51 votes. The process allows lawmakers to vote on critical pieces of the health law without giving Democrats a chance to filibuster. But in turn it places large constraints on members — including limiting debate to only 20 hours and only using the process to change laws that have been assessed by the Congressional Budget Office, meaning those that cost money or are implemented as taxes.

Trump addressed his concerns about the Senate process in his tweets on Saturday.

“Republican Senate must get rid of 60 vote NOW!” Trump tweeted. “It is killing the R Party, allows 8 Dems to control country. 200 Bills sit in Senate. A JOKE!”

Republican Senate must get rid of 60 vote NOW! It is killing the R Party, allows 8 Dems to control country. 200 Bills sit in Senate. A JOKE!

And shortly after that, Trump posted: “If the Senate Democrats ever got the chance, they would switch to a 51 majority vote in first minute. They are laughing at R’s. MAKE CHANGE!”

This isn’t the first time Trump has taken to Twitter to exhort the Senate to change its rules. In May, Trump called for the election of “more Republican Senators in 2018 or change the rules now to 51%.”