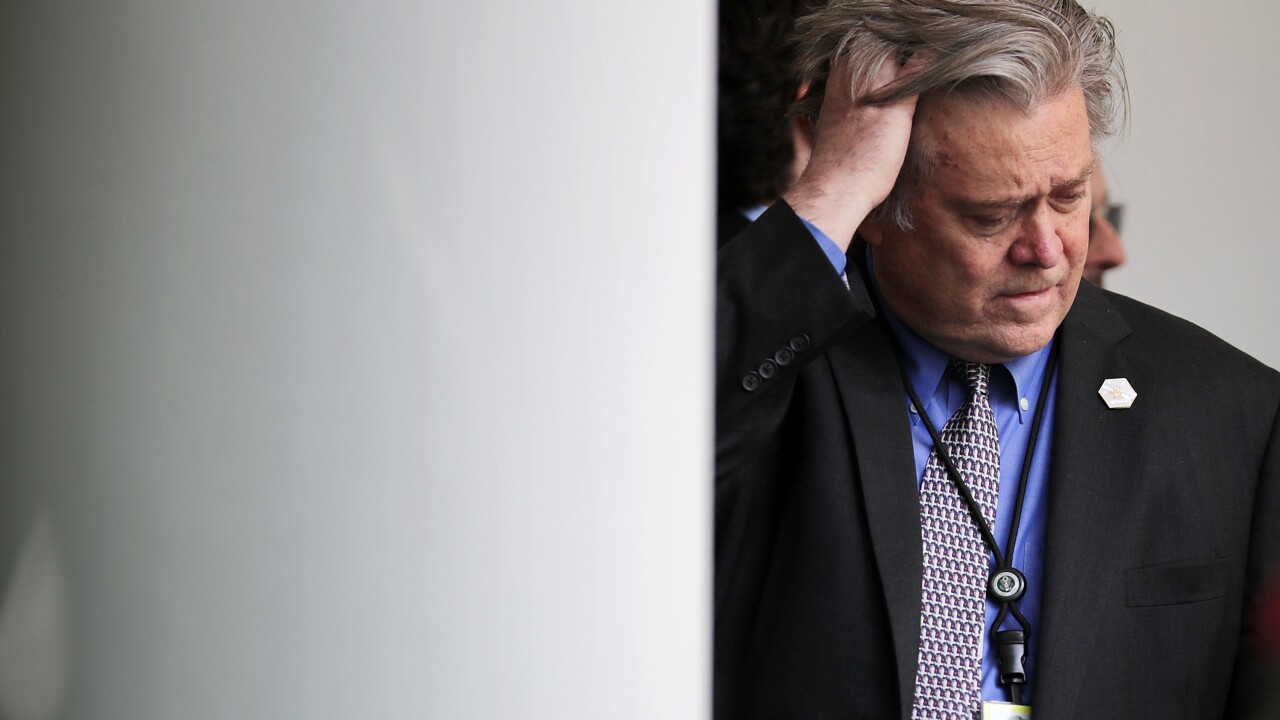 Steve Bannon at the White House on June 1, 2017 (Photo by Chip Somodevilla/Getty Images)

It only takes a marginal level of social media literacy to figure out that the owner of the @SteveBannon Twitter account is not THAT Steve Bannon (“nothing to do with US politics,” his bio reads). Still, that hasn’t stopped stupid or unscrupulous tweeters from targeting him ever since the other Steve Bannon, a Richmond native, joined the Trump administration.

Occasionally, things get REALLY interesting for Scottish Steve Bannon, like when, say, the incoming White House communications director allegedly accuses THAT Steve Bannon of trying to “[blank]” his own “[blank].” Metaphorically.

Most of the errant invectives sent the way of Scottish Steve Bannon are too impolite to include here, but he still responds, with saint-like patience, to people wishing all sorts of blanks upon his blank.

Some tweets are sent from sympathetic fans of Scottish Steve Bannon, wishing him luck every time THAT Steve Bannon comes up in the news.

“@SteveBannon is it true that you sir are trying to [blank] your own [blank],” one recent tweet reads.

Such banter! CNN has reached out to Scottish Steve Bannon for comment.