Russia to seize US properties in retaliation over sanctions 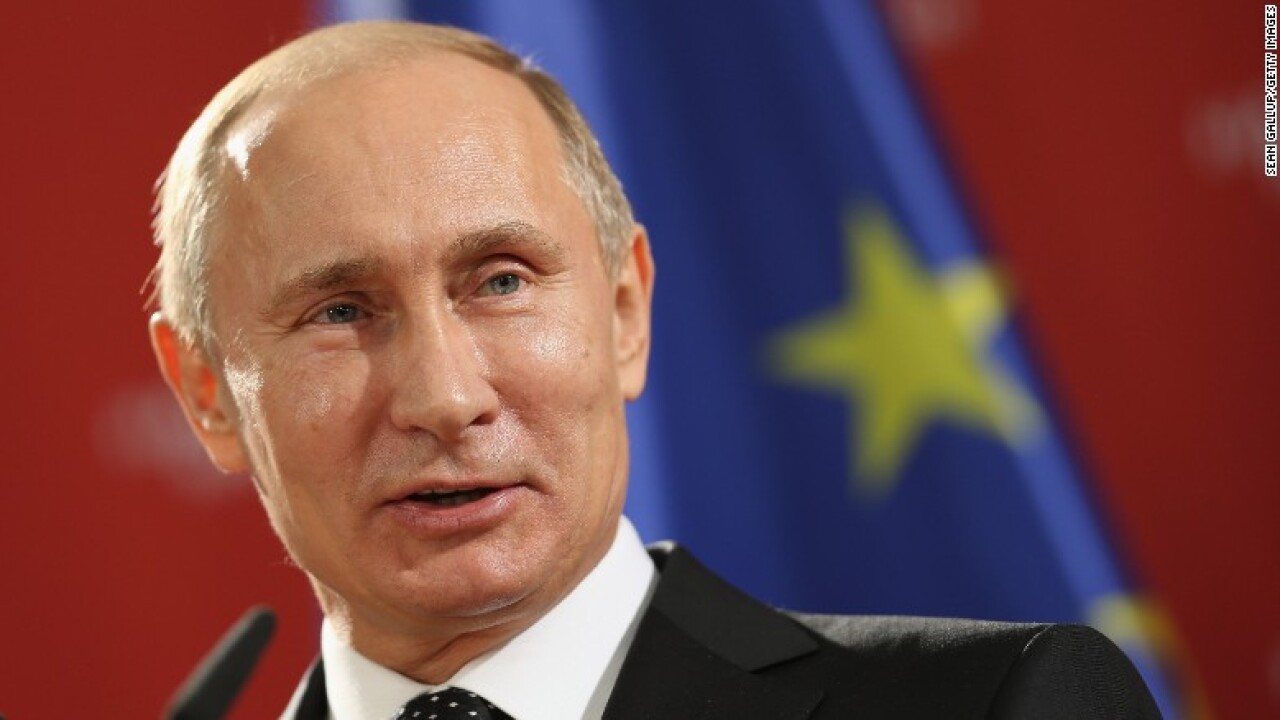 MOSCOW — The Russian Foreign Ministry demanded Friday that the United States cut its diplomatic staff in Russia and said it would seize two US diplomatic properties in a sharp response to a new sanctions bill the US Congress passed a day earlier.

The order — which affects the US Embassy in Moscow and consulates in St Petersburg, Yekaterinburg and Vladivostok — would reduce US diplomatic and technical staff to 455, the same number Russia has in the United States, by September 1.

Russia also is suspending the use of a US storage facility in Moscow and a country house, or dacha, outside Moscow by Tuesday.

In the statement, the ministry said, “Any new unilateral actions by the US authorities to reduce the number of our diplomats in the United States will be met with a mirror response.”

Thirty-five Russian diplomats were expelled from the United States in December under sanctions President Barack Obama imposed over Russia’s alleged meddling in the 2016 election. The sanctions also included the closure of two Russian compounds, in Maryland and New York, used for intelligence purposes.

John Tefft, US ambassador to Russia, expressed “strong disappointment and protest” over Moscow’s decision to expel the US diplomats, according to a statement from the US Embassy in Moscow.

Moscow’s latest move comes a day after the US Senate passed sweeping legislation slapping new sanctions on Russia — over its alleged interference in last year’s election, annexation of Crimea and military operations in eastern Ukraine — and limiting President Donald Trump’s ability to remove them.

The bill, which also includes new sanctions on Iran and North Korea, was a product of lengthy negotiations between the House and Senate. In the end, both chambers passed it overwhelmingly.

White House press secretary Sarah Huckabee Sanders told reporters late Thursday that the President would review the sanctions bill. She did not say whether Trump would sign or veto the measure when it reaches his desk. The wide, bipartisan support for the law means Congress could override a presidential veto.

Kremlin spokesman Dmitry Peskov told journalists on a conference call Friday that Moscow had decided to retaliate before the bill went to Trump because “technically the form passed by the Senate is more important” and is “almost final.”

Asked if Russian President Vladimir Putin had authorized the move, Peskov said such measures are “impossible without the President’s permission.”

He added that possible amendments to the bill would not change the “essence” of the matter.

Immediately after the United States ordered the expulsion of 35 Russian diplomats in December, Russian Foreign Minister Sergey Lavrov recommended a tit-for-tat expulsion of 35 US diplomats and the shuttering of two American facilities in Russia. However, Putin at that point took a magnanimous tone, saying they could stay and that he would await Trump’s inauguration before taking further action.

Commentators said then that Putin’s unexpected move put Trump at a disadvantage, even as it sidelined the Obama administration in its last days.

The Russian Foreign Ministry said the new sanctions law “confirms the extreme aggressiveness of the United States in its foreign affairs.”

It accused the United States of using the law to “create unfair competitive advantages for the US in the global economy” and said its actions breached international law. “Such blackmail, aimed at limiting the interaction of foreign partners with Russia, carries a threat to many countries and international businesses.”

Speaking Thursday in Finland, Putin said he “very much regrets” the worsening of relations between Russia and the United States, blaming it on “anti-Russia hysteria” in US domestic politics.

He said a lot of Russian diplomats had been expelled “without any particular reason” and warned that Russia would have to respond at some point to what he called “boorish behavior.”

Lavrov spoke Friday to US Secretary of State Rex Tillerson by phone, according the Russian Foreign Ministry. The two agreed to maintain contact “on the full scope of the Russian-American relations,” it said.

Lavrov said the decision to cut US diplomatic staff in Russia and to close access to two facilities was a result of a series of “hostile steps” by Washington, according to the ministry statement.

But Russia, Lavrov said, is ready to normalize bilateral relations and cooperate on important issues on the international agenda.

The new sanctions bill would add to a raft of coordinated sanctions the United States and European Union imposed in 2014 over Russia’s annexation of Crimea and its interference in the conflict in eastern Ukraine. The measures were largely aimed at hurting the Russian economy but also hit certain Russian individuals with travel bans and asset freezes.

The EU extended its economic sanctions on Russia last month.

However, EU leaders warned the United States on Wednesday that the bloc would act “within days” if it did not receive reassurances on the potential impact of the new US sanctions on European interests. They fear the new sanctions could hinder key energy projects in Europe and further inflame internal EU divisions.

German Foreign Minister Sigmar Gabriel said Friday it was now up to Trump to decide how to proceed.

“We will continue to want to work together. We must not forget what is at stake: We want to overcome the conflict in eastern Ukraine. We agree that it needs political pressure on Moscow. This is the rationale and the standard for our European sanctions, no more, but not less,” he said.

But Gabriel added that Germany “will in no way accept an extraterritorial application of these US sanctions against European companies. … Policy sanctions are neither a suitable nor an adequate instrument for the promotion of national export interests and the domestic energy sector.”