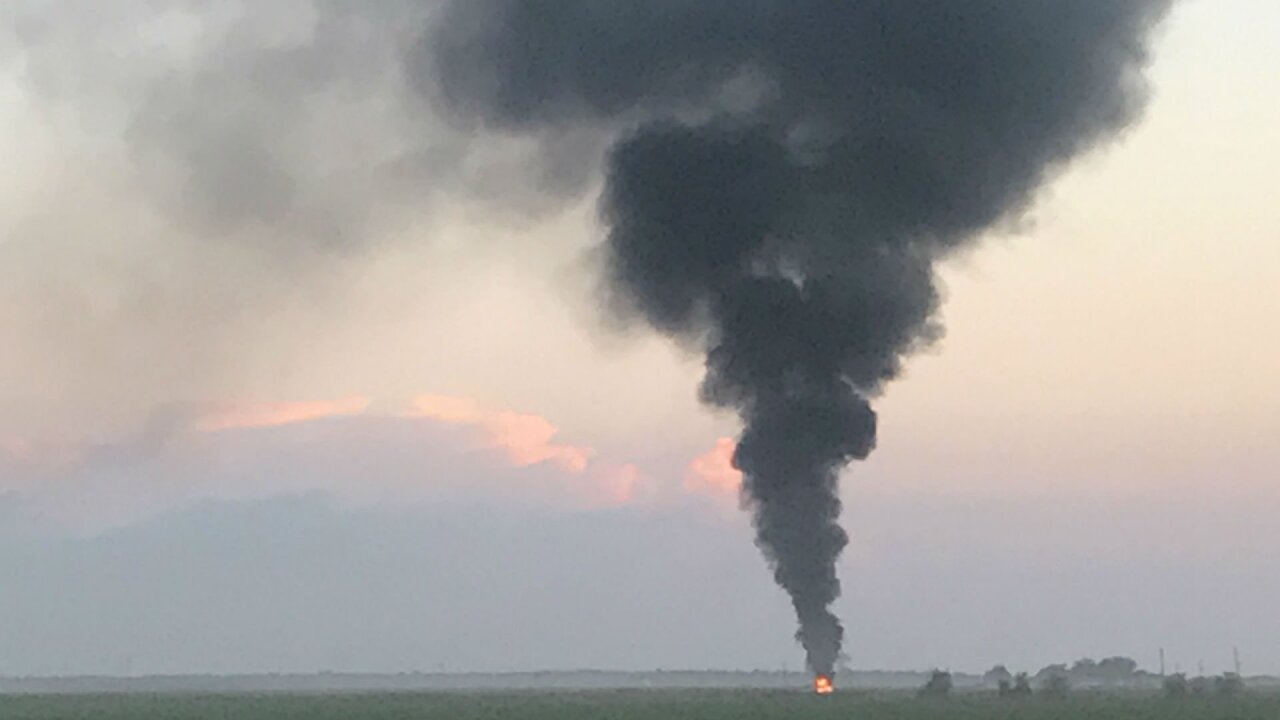 Embargoed to Memphis, TN Sixteen people are dead in the crash of a Marine Corps airplane in Leflore County, Mississippi.

The Marine Corps grounded all its KC-130T aircraft following a crash that killed 15 Marines and one sailor in Mississippi.

“Out of an abundance of caution, the Marine Corps took the prudent action not to fly our KC-130T aircraft in the wake of the mishap on July 10 until further notice,” the Corps said in a statement Thursday.

The plane is often used for airborne refueling, and can also deliver cargo, troops and equipment.

The transport plane, which was carrying 15 Marines and a Navy corpsman, was moving personnel and equipment from North Carolina to a western base to train before deploying, the Marine Corps said. It has 12 of the aircraft in its fleet.

The crash remains under investigation. The Federal Aviation Administration reported it lost contact with the plane when it was flying at an estimated altitude of 20,000 feet.

Andy Jones, a witness to the crash, described the moments before the plane struck the ground.

“At first it looked like an acrobatic plane, like a stunt plane, blowing the smoke out the back,” Jones said. “Then all of a sudden you realized that the smoke was coming off one of the sides of the wing.”