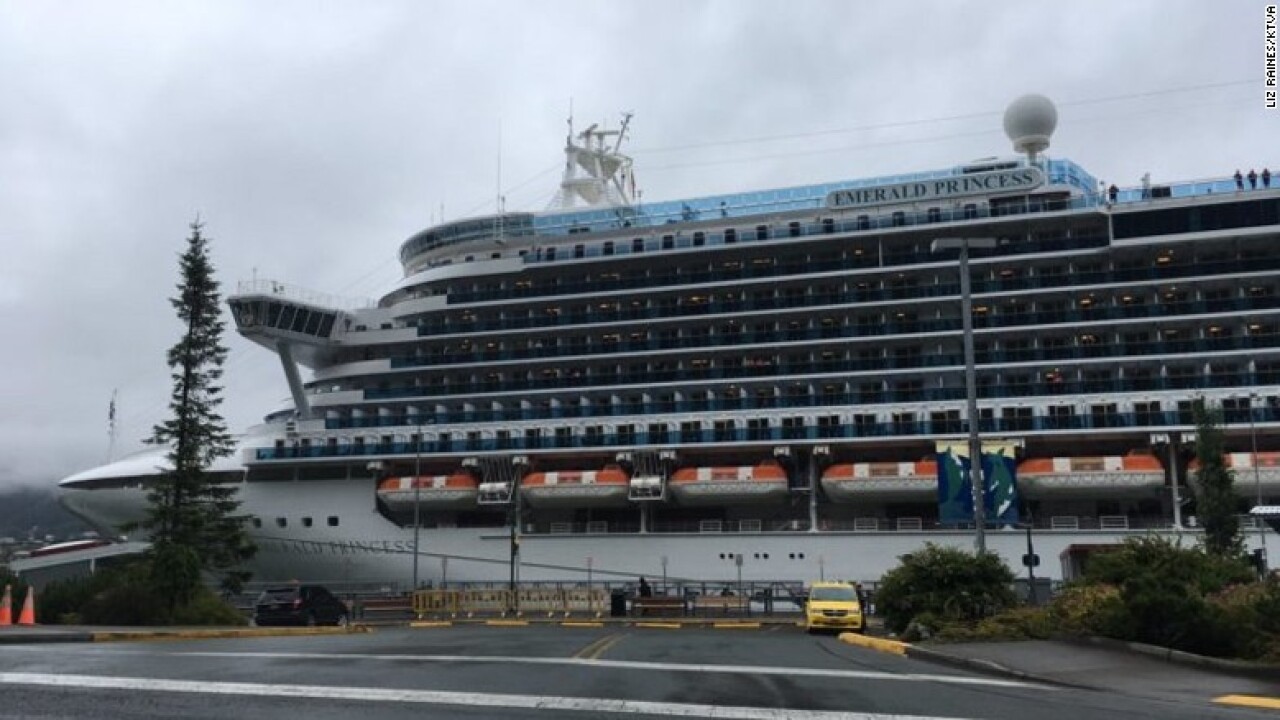 A Utah man allegedly killed his wife while on a cruise ship in Alaska, and told a witness he did it because she wouldn’t stop laughing at him, the FBI said.

Kenneth Ray Manzanares, 39, was charged Thursday in the killing of his wife Kristy Manzanares while aboard the Emerald Princess cruise ship.

Security and medical personnel responded to an incident Tuesday in the couple’s cabin, according to the criminal complaint.

When they arrived, they found the wife with a severe head wound and the husband’s hands covered in blood, the complaint states.

A witness saw Manzanares drag his wife’s body toward the balcony of the ship, then bring her back into their cabin shortly after, according to the FBI.

“She would not stop laughing at me,” Manzanares told the witness when asked what happened to his wife,according to the FBI. It did not identify the witness.

While investigators searched him, Manzanares said “my life is over,” according to the FBI.

Manzanares is being detained without bail. His hearing is set for August 10.

CNN has reached out to his court-appointed public defender, but has not heard back.

Princess Cruises, which operates Emerald Princess, said the death was a result of a “domestic dispute” aboard the ship about 9 p.m. Tuesday.

It said its security team is coordinating with the FBI, Coast Guard and other local authorities in the investigation. The FBI, which has conducted about 200 interviews on the case, is investigating because the death occurred in US waters.

“Our thoughts and prayers are with the family and all those impacted by this tragic event,” Princess Cruises said in a statement.

Kristy Manazanares’ employer, international realtor Summit Sotheby’s, also released a statement, calling her “a dedicated and loving mother who juggled her business schedule to make her children the top priority.”

Friends of the Utah couple were in shock, and expressed sorrow for the family. “They’ve lost everything and their world is upside down right now, and they just need to be probably left alone and be able to try to overome it,” a close family friend told CNN affiliate KTVX. “[It’s] something that’s really, I don’t know how you ever come completely [back.].”

The seven-day round trip cruise left Seattle on Sunday, according to the cruise line. Its scheduled Wednesday trip through the scenic Tracy Arm Fjord was canceled, and the ship sailed directly to Juneau.

The Emerald Princess later departed for Skagway in southeast Alaska, and is continuing with its scheduled cruise.