After health care, Republicans look at what’s next 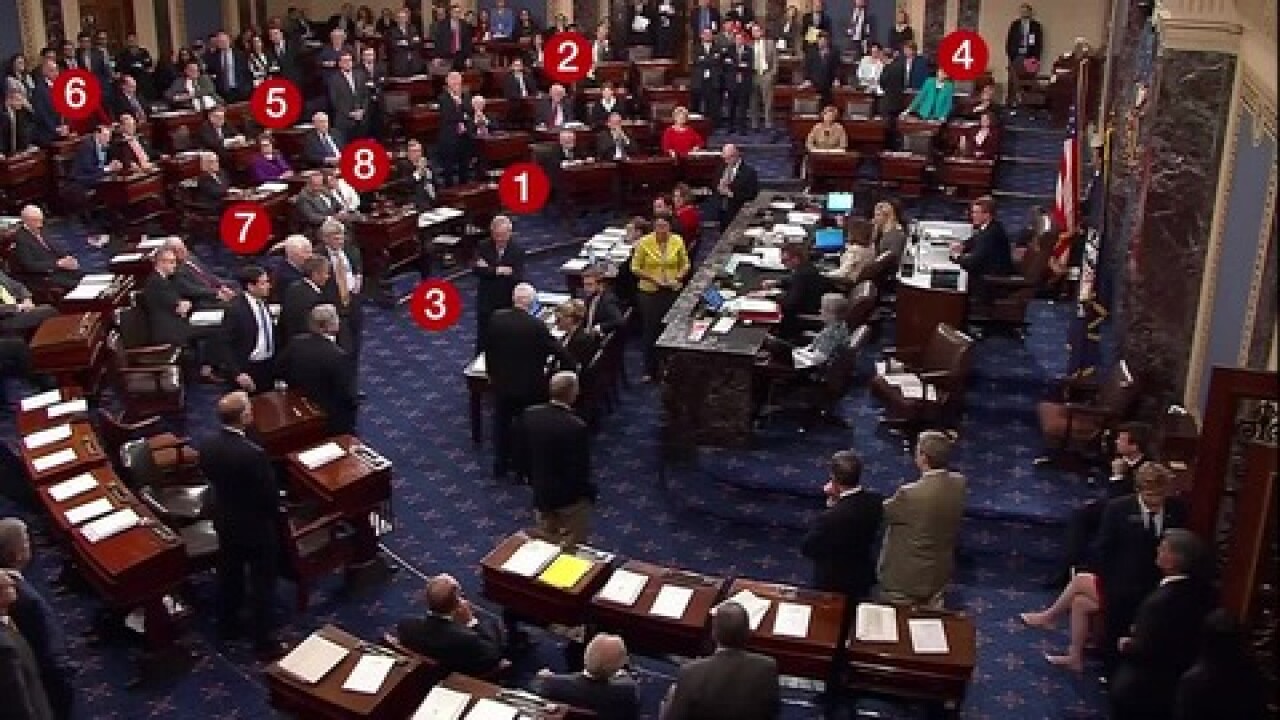 While he and other Republicans expressed a dash of hope that they could eventually come up with a health care fix, it was clear that they were also ready to push forward.

Congress, after all, had spent six long months on the issue, with a backlog of agenda items that have yet to be touched. Facing pressure from members who felt like Republicans — who hold a majority in both houses — were too far behind in their legislative goals, McConnell canceled part of the upcoming August recess, so senators will be staying and working until August 11.

That’s not the case on the House side, and not everyone is happy about it. “It blows my mind that we’re probably not going to be here in August,” House Freedom Caucus Chairman Mark Meadows said Friday on Fox News.

For his part, President Donald Trump did not appear quite ready to move on from health care Friday, though he did seem open to letting the Affordable Care Act “implode.”

“They should have approved healthcare last night,” Trump said in a speech in Long Island, New York. “You can’t have everything. They’ve been working on that one for 7 years, can you believe that. The swamp! But we’ll get it done. I’ve said it from the beginning. Let Obamacare implode. I turned out to be right.”

So what’s next on the GOP docket?

House GOP leaders told rank-and-file members Friday at a closed door meeting that they were plowing full speed ahead on the rest of the spending bills, the budget and tax reform when the House returns in September.

The White House and congressional leaders were already signaling before the failed health care vote that they were ready to start tackling tax reform — an issue that hasn’t seen a true overhaul since the late 1980s.

But that will be difficult to advance without a way to pay for it. In the statement Thursday, leaders announced they were dropping the controversial border adjustment tax proposal, which would have provided a revenue stream but faced stiff resistance from conservatives.

Also complicating things is a budget showdown that’s seeing deep intra-party strife in the House. Conservatives want to spend more money on defense and slash funds for domestic programs and entitlements, but moderates are eager to preserve such programs.

Congress passed a short-term budget this spring to keep the government funded until the fiscal year ending in September. But even if Republicans pass a longer-term budget, it’s unlikely it will go anywhere in the Senate.

And Republicans need a budget to use for a vehicle to get tax reform through the Senate with a simple majority.

On top of all that is a looming debt ceiling deadline in early fall. Republicans don’t yet seem to have a clear plan for how to address the issue, but many admit they will need to rely on Democrats to avoid a default.

Another fiscal issue facing the Senate is the National Defense Authorization Act.

As chairman of the Senate armed services committee, Sen. John McCain was hoping to pass the bill this week before he has to return to Arizona for cancer treatment. And while McConnell worked to make that happened, any one member can object to bringing legislation to the floor, which is exactly what Republican Sen. Rand Paul did early Friday morning due to some concerns he has related to war authorizations and indefinite detention.

McCain is expected to be gone throughout August and plans to return at the end of the recess, and it’s unlikely the Senate will move on to the bill without him.

As the Senate stays in session during the first two weeks of the August recess, they are expected to tackle a long list of nominations to help flesh out the Trump administration.

Another key nomination awaiting further action is that of Christopher Wray for FBI director, to replace former FBI Director James Comey, who was fired in May. Wray cleared the Senate judiciary committee with flying colors — receiving unanimous approval — which sets up an expected bipartisan vote for Wray by the full Senate.

But of course, these priorities will be facing competition with the continued congressional investigations into Russian meddling in the 2016 presidential election. The Senate judiciary committee plans to bring Attorney General Jeff Sessions to testify in September. And while Trump’s former campaign chairman Paul Manafort and son-in-law, Don Trump, Jr., have been cooperating privately with the judiciary committee, it’s still possible that they could be called to testify in public.