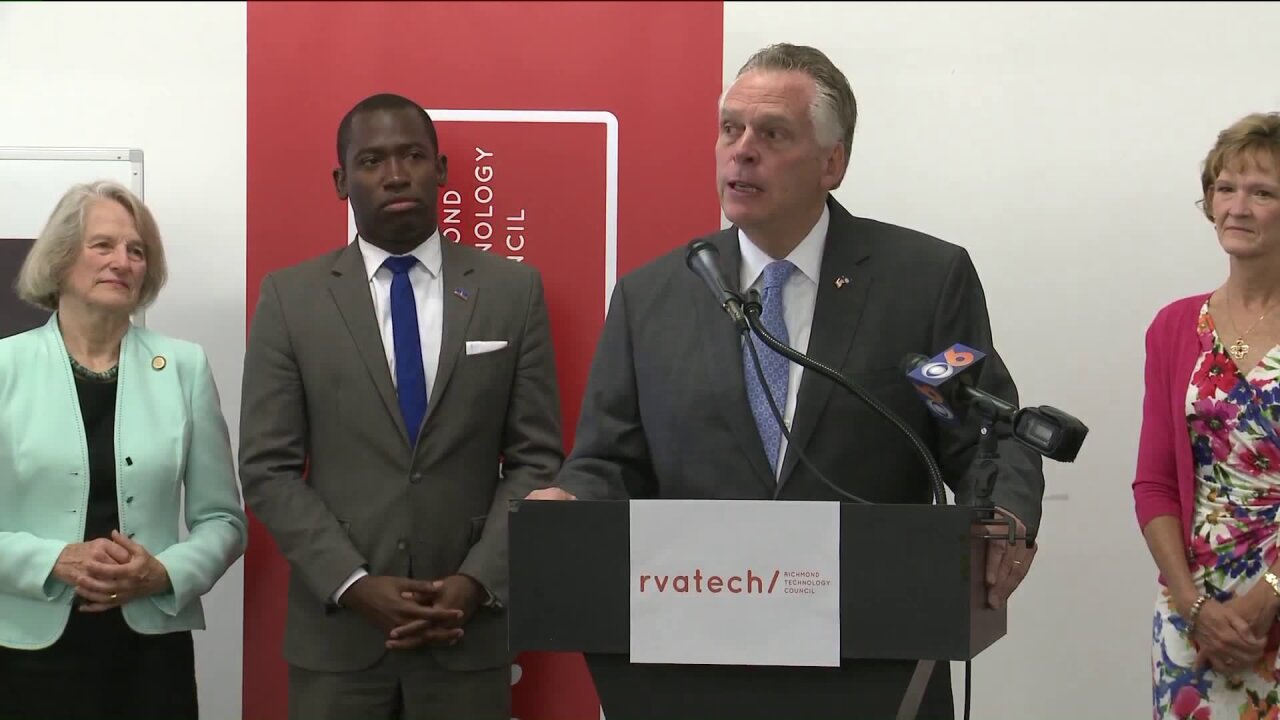 Monday formally kicked off the first ever "Virginia is for Computer Science Lovers" week.

Education program, "Code Virginia" is teaming up with the Virginia Tourism Corporation to highlight the educational and economic opportunities of Computer Science.

Governor McAuliffe said the demand for tech jobs is so high in Virginia that the state can barely keep up.

"Our problem in Virginia, unlike other states, is we have too many open jobs, high-paying jobs we cannot fill in Virginia today. Standing here today I have 36,000 cyber jobs open. I tell (students) the starting pay is $88,000," McAuliffe said. "We either fill these jobs or they go to other states".

McAuliffe recently signed a bill making Computer Science a part of the core curriculum for K-12 in every school in Virginia. Virginia is the first state in the nation to do so.

The mayor then introduced a signed proclamation declaring "Tech Week in RVA."

"We worked hard to get to that place, we're going to have to work hard to keep that place," he said.