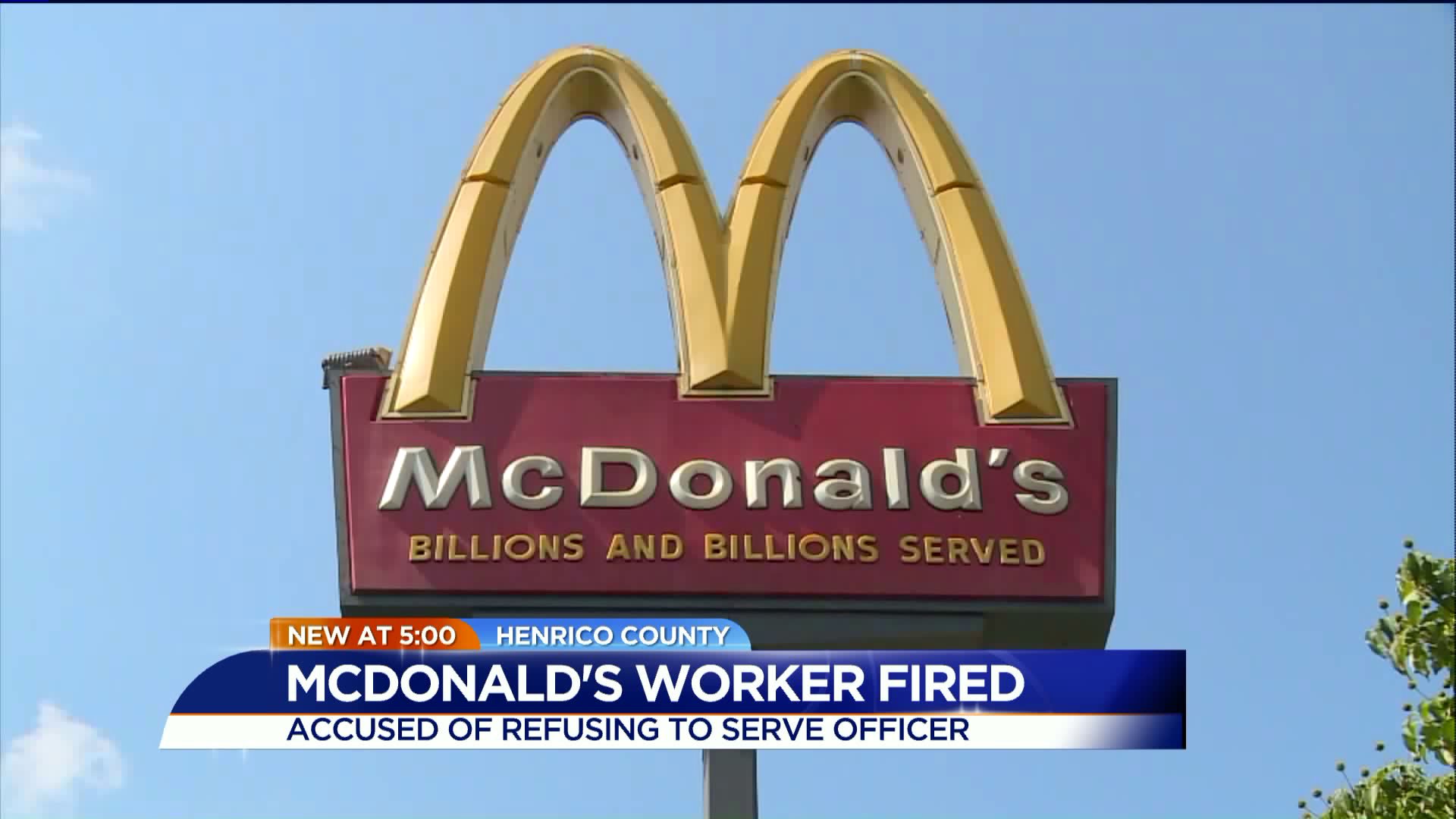 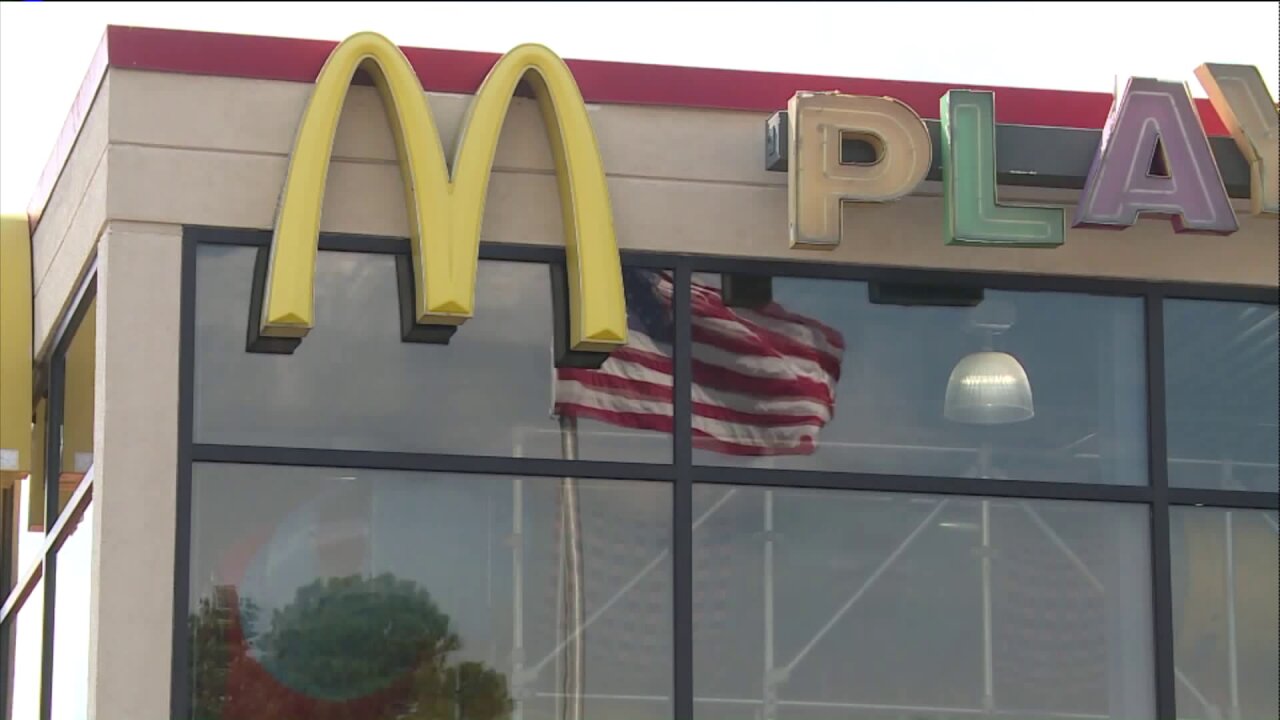 HENRICO COUNTY, Va. -- The owner of a McDonald's in Henrico County said "appropriate action" was taken after a customer's wife alleged on social media that her husband -- a Virginia Conservation Police Officer -- was refused service due to his profession.

"At our restaurants, we are dedicated to serving all of our customers, including all authority figures who protect our wildlife and natural resources," McDonald’s Owner/Operator Freda Thornton said. "We regret this situation as it goes against our standards of providing a welcoming experience to everyone, and we have taken the appropriate action to resolve this situation."

Thornton did not disclose what action was taken, but a social media post by the officer's wife indicated the fast food worker was fired.

The incident in question occurred last Thursday night at the McDonald's on Brook Road, near Parham Road, in Henrico County.

"He was in uniform and [in] his police vehicle. He paid for his food and drove forward to the next window," she wrote. "The young man who was working that window looked at him and backed away from the window mouthing something to my husband."

She said her husband could not hear what was said because the drive-thru window was closed.

"The guy finally walked to the window and slid it open," she continued. "The guy said, 'I ain't serving no police' and closed the window. The guy proceeded to tell everyone in McDonald's, including the manager, that he was not going to serve the police."

Eventually another worker gave the officer his meal.

"This is such an eye opener for me as to what the people who protect us have to go through on a daily basis," she wrote. "Please pray for the men and women who serve and protect us and put their lives on the line for us each and every day."