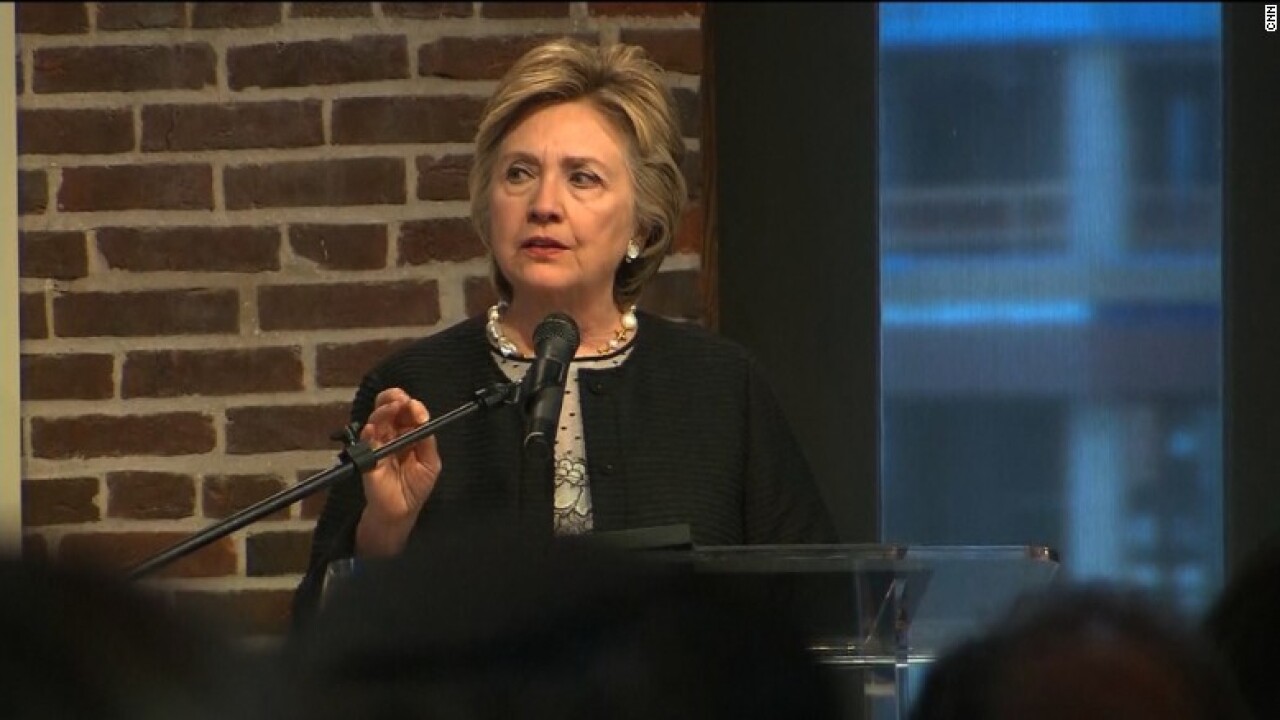 “Quite frankly, my mind is blown a little bit,” former Clinton campaign press secretary Brian Fallon told CNN’s Dana Bash on “Inside Politics” Tuesday afternoon. “Never in my wildest dreams did I ever think you’d see a piece of evidence that would be as much of a smoking gun as this email.”

On Tuesday, Trump Jr. released his email correspondence with publicist Rob Goldstone — which showed that Goldstone offered a meeting with a “Russian government attorney” and referred to “some official documents and information that would incriminate Hillary and her dealings with Russia.”

Here's my statement and the full email chain pic.twitter.com/x050r5n5LQ

“Usually when somebody is engaged in some type of conspiracy, they are better at covering their tracks,” Fallon added.

On Tuesday, CNN reported that Justice Department Special Counsel Robert Mueller’s investigators plan to examine the meeting and email exchanges disclosed by Donald Trump Jr. as part of the broader Russian-meddling investigation, according to a US official briefed on the matter.

“It’s surprising how transactional this appears to be,” Mook told CNN’s Kate Bolduan on “At This Hour with Kate Bolduan.” “Even I was surprised.”

Mook also questioned whether Trump Jr.’s sudden release of his emails could be a deliberate decision.

“If this is what they’re willing to send us, I can only imagine what they’re not willing to send,” he said. “I’m frankly concerned that this may be an attempt to get us to focus on Don Jr. when we know there are a lot of other people that we were already told were talking to Russians.”

In July 2016, Trump Jr. told CNN’s Jake Tapper that Mook’s allegations that the Russians were behind the leaked Democratic National Convention’s email as part of a plot to help now-President Donald Trump and hurt Democratic candidate Hillary Clinton were “disgusting” and “phony.”

“They’ll say anything to be able to win this. This is time after time again, lie after lie. You notice he won’t say, ‘Well, I say this,’ he’ll say, ‘Here are experts, here’s house cat at home who once said this is what’s happening with the Russians,'” Trump Jr. said from the campaign trail at the time.

The White House did not immediately respond to a request for comment.

Speaking to CNN’s Wolf Blitzer on “Wolf” on Tuesday, Mook added that the reason Trump Jr. even released the emails was because The New York Times had already gotten a hold of them.

“They lie. I hate speaking in language like that but this administration lies. … They’ve lied repeatedly about whether they met with the Russians at all, they’ve lied about their intention to coordinate with the Russians which we now have. I think it’s entirely likely that they’re lying about the president’s knowledge about this,” Mook told Blitzer.

Clinton herself has not commented on Trump Jr.’s emails.

Fallon also dismissed allegations of coordination between the Clinton campaign and foreign governments during the 2016 presidential race.

“I know of no contact that our campaign proper ever had with any foreign government,” Fallon said, responding to Donald Trump Jr.’s retweet of a Daily Caller article Monday that alleged a veteran DNC operative had met with Ukrainian government officials.

Mook called for action from Congress, which he said “needs to act to protect our country.”

“By Trump’s own behavior it looks like he’s doing a lot to try to advance Russian interests through our foreign policy and that’s got to stop,” Mook said on “At this Hour.” “I just continue to wait for some brave soul in Congress, it needs to be a Republican because they’re in charge, somebody’s got to step up and say enough is enough, we have too much evidence at this point that this administration has been compromised by Russian interests.”

“There is a direct connection to the United States foreign policy that should trouble lawmakers on both sides of the aisle,” Fallon said.

Trump Jr.’s sudden Twitter revelation comes following a series of New York Times articles linking him to Natalia Veselnitskaya, who told NBC News she had never acted on behalf of the Russian government before Trump Jr. released his emails.

“What do we not know? What have we not seen? … What conversations was the President himself having?” Mook said. “I think this piece of information is incredibly damning, but again the mere fact that they released it makes me wonder what has not been or will not be released.”

“It shows that members of the First Family were not above directly transacting business with representatives of the Russian government,” Fallon said later on CNN’s “Newsroom.” “They were inept enough to actually sit down and engage in these meetings personally.”

Both the Kremlin and Veselnitskaya have said there is no connection between them.

“They were stupid enough to leave a paper trail. It’s amazing to me that there was this much explicit communication over email,” Fallon added.