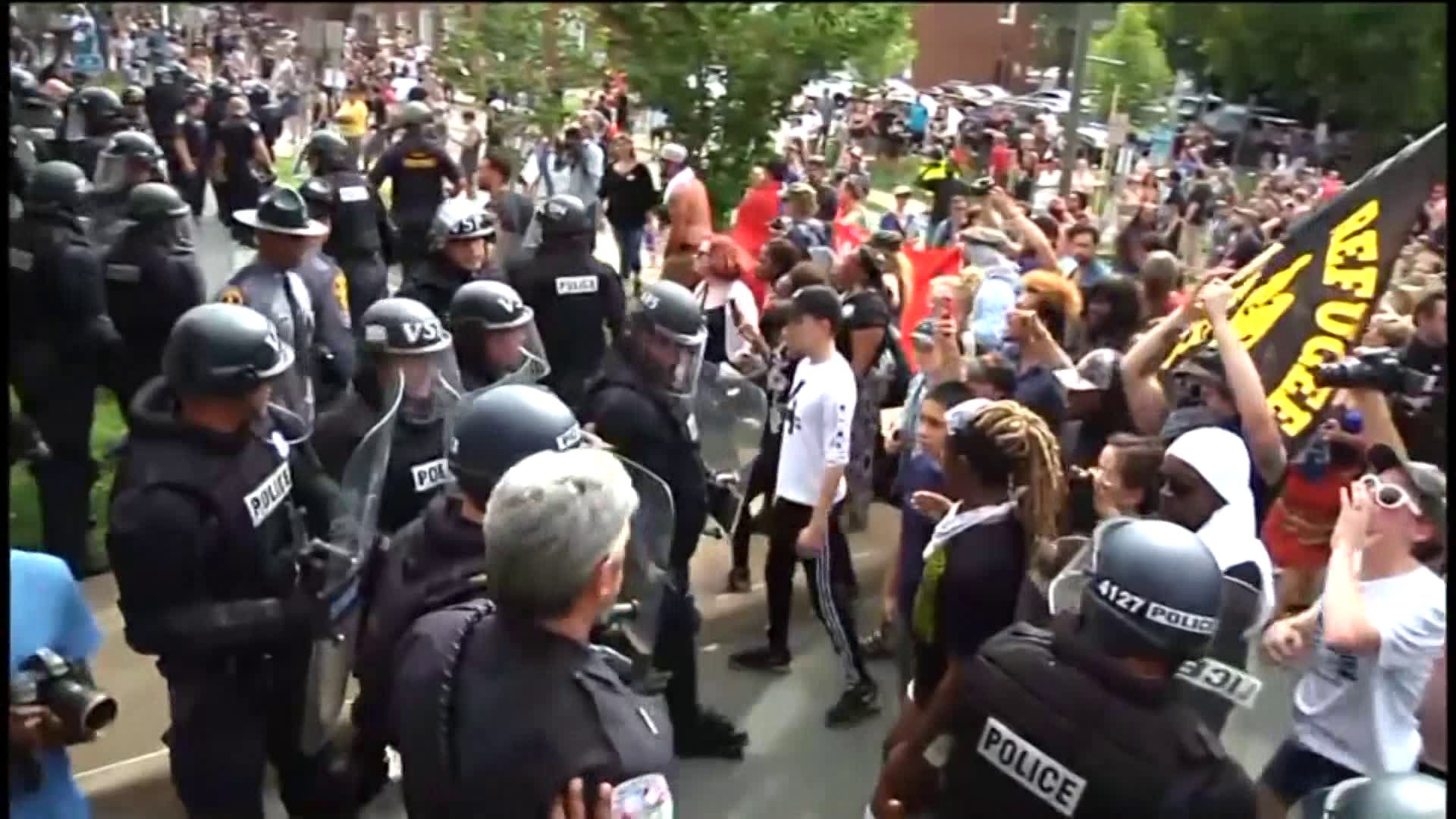 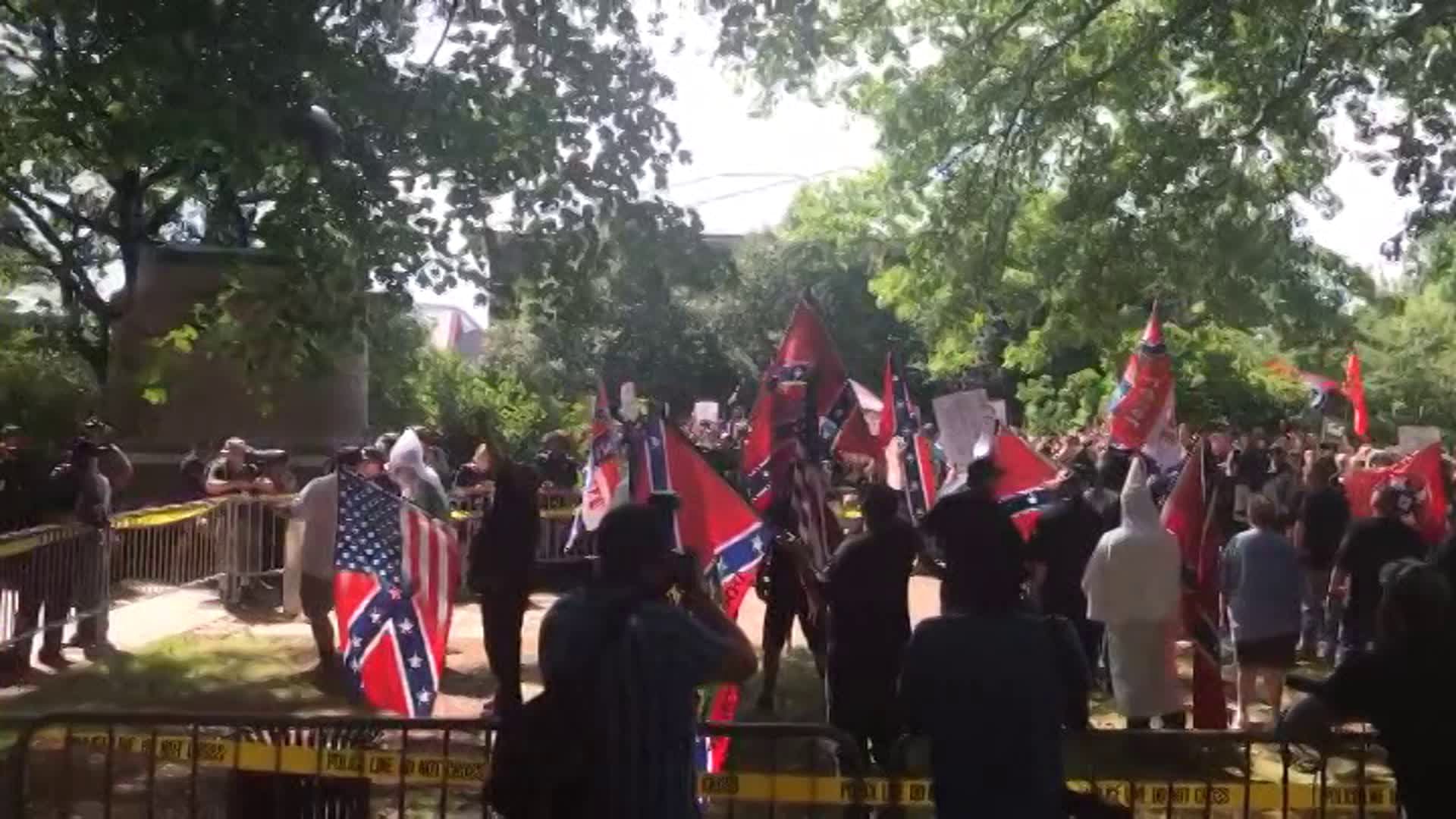 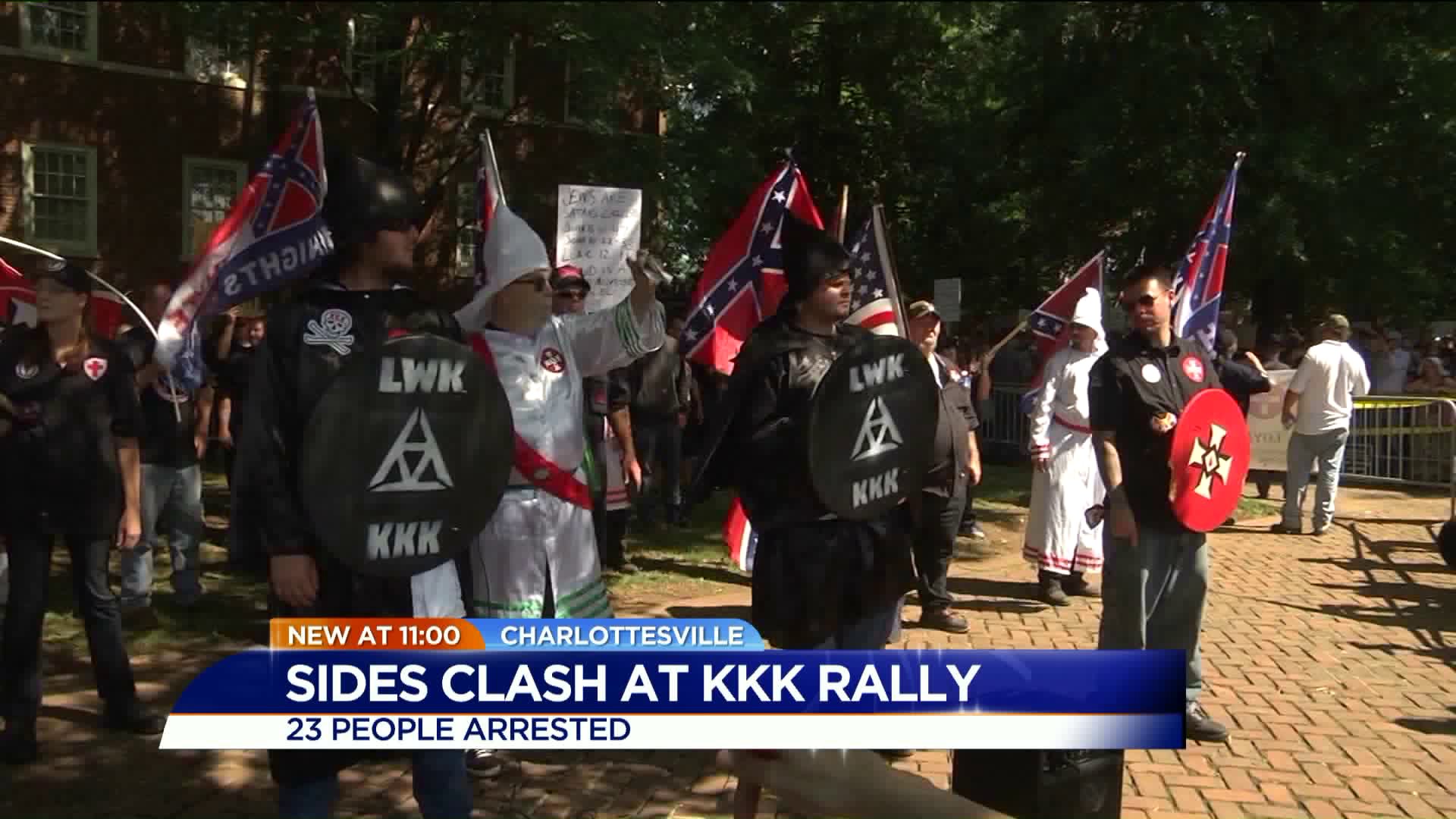 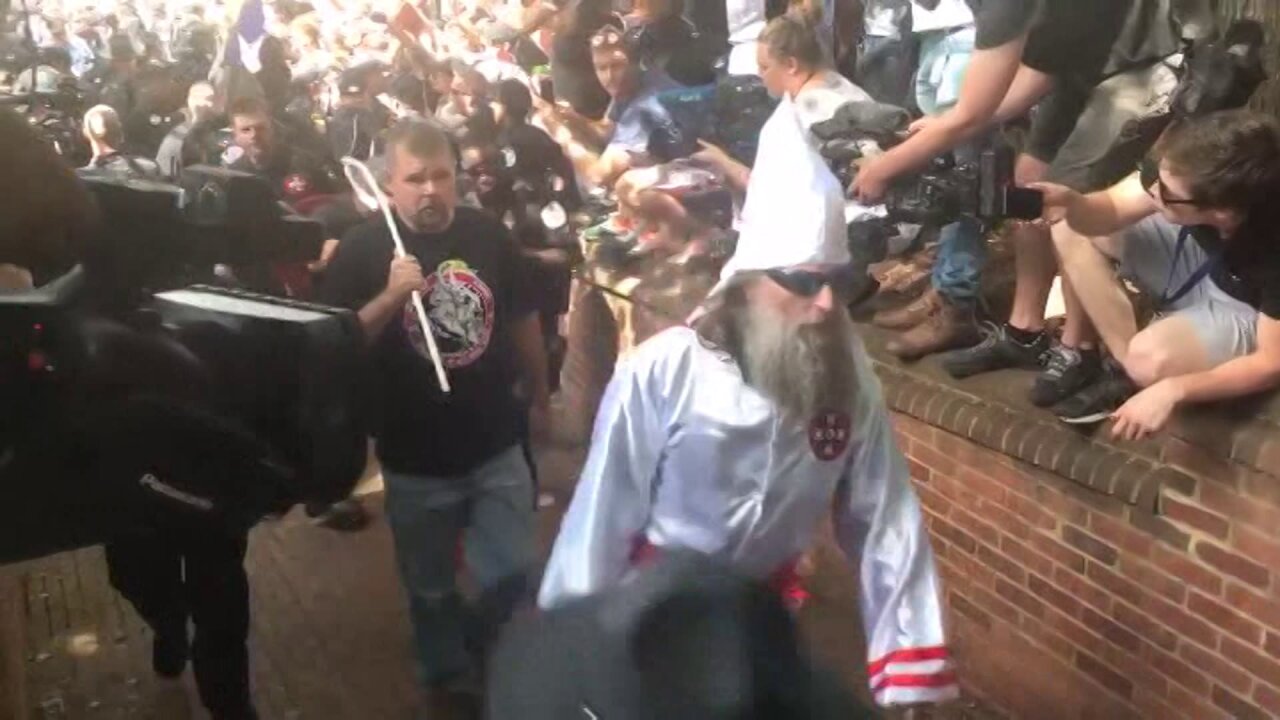 Ahead of the rally, protesters gathered and Charlottesville Police estimated that more than 1,000 people attended the rally. Officials estimated that 50 members of the KKK attended.

The Loyal White Knights of the KKK, which is based in North Carolina, told WVIR they organized the rally to support Southern heritage.

"They're trying to erase our history, and it's not right what they're doing," Klansman Douglas Barker told the TV station. 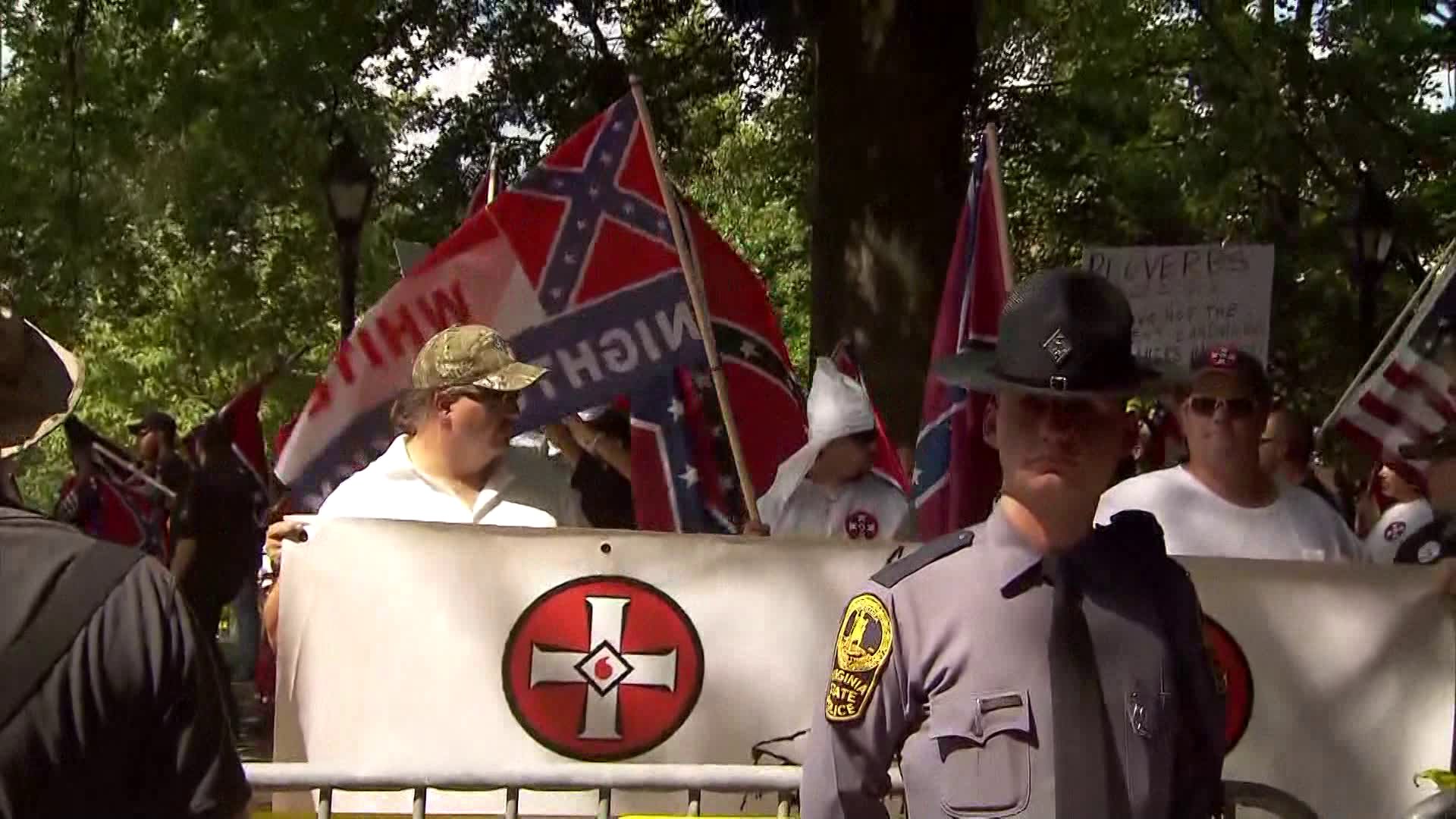 Officials said that because of the large crowd and safety concerns, police were needed to escort the KKK members to Justice Park. The group rallied for about 40 minutes before they headed to where their vehicles were parked.

As police began to move back toward Justice Park, a large crowd followed, WCAV reported.

Statue vandalized ahead of rally

Ahead of the rally, police were reviewing surveillance footage to determine who vandalized the statue of General Robert E. Lee.

The statue, which was splashed with red paint, was tagged with the words "native land."

The rally comes after members of Charlottesville City Council voted three-to-two in February to remove the statue of Confederate General Robert E. Lee. In April council members voted to sell the statue. The decision was met with a lawsuit and is currently in court

City leaders planned to hold several alternative events to draw attention from the KKK rally saying they have a moral obligation to stand up to hate.

Tweets from the KKK rally and counter protest

People in #charlottesbille chanting outside fence at Justice park https://t.co/ytqhVvYRA9

The loyal white knights of the kkk standing in #justicepark at the #charlottesvillekkk rally pic.twitter.com/37M9VEx9Nx

Im guessing about 40 #KKK members are here at Justice Park right now. I'm surprised to see them in robes. pic.twitter.com/A692gDEzp6

Now the batons are coming out in Justice Park and the Klan has been gone for an hour. pic.twitter.com/y4wO9gcSpw