This sexually transmitted disease is becoming ‘smarter,’ harder to treat 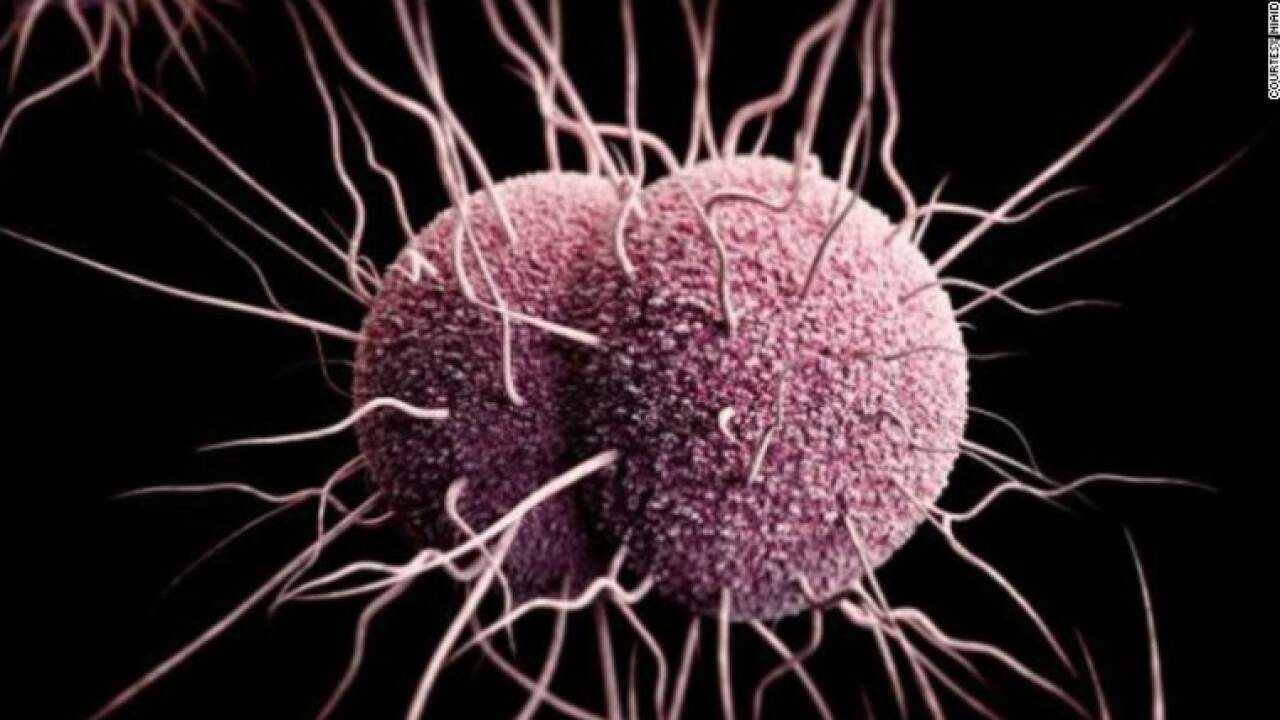 Gonorrhea is becoming harder and in some cases impossible to treat with antibiotics, the World Health Organization said.

“The bacteria that cause gonorrhea are particularly smart. Every time we use a new class of antibiotics to treat the infection, the bacteria evolve to resist them,” said Teodora Wi, a human reproduction specialist at the WHO, in a news release.

Three superbugs — bacteria that cannot be killed by the best available drug — were detected in Japan, France and Spain, according to the WHO.

“We need to be more vigilant now,” Wi told reporters in a phone briefing.

Each year, about 78 million people worldwide are infected with gonorrhea, the WHO said. In the United States, the Centers for Disease Control and Prevention estimates there are 820,000 new gonorrhea infections each year.

Data from 77 countries collected by WHO shows there is a widespread resistance to older, cheaper antibiotics and in some countries, the infection has became “untreatable by all known antibiotics,” the international health organization said in the news release.

Earlier this year, gonorrhea was named among 11 types of bacteria that health experts believe pose the greatest threats to human health because they are in urgent need of new antibiotics.

More specifically, Sprenger said, the health community needs new antibiotics, a long term vaccine to prevent the infection and tests that will predict with accuracy if an antibiotic will work on a particular infection.

Gonorrhea has developed resistance to nearly every class of antibiotics used to treat it such as penicillin, tetracycline and fluoroquinolones, the CDC said.

“It’s important to understand that ever since antibiotics appeared on the scene, Neisseria gonorrhoeae has been fairly quick in developing resistance to all the classes of antibiotics that have been thrown at it,” Manica Balasegaram, director of the Global Antibiotic Research and Development Partnership, told reporters.

From 2009-2014 the WHO says that several countries discovered a widespread resistance to drugs used to treat gonorrhea like ciprofloxacin, azithromycin and even last resort treatments such as extended-spectrum cephalosporins (ESCs), the health organization said.

In 2016, the organization began advising doctors to switch to a two-drug combination: ceftriaxone and azithromycin after more than 50 countries reported that ESCs were no longer effective in some cases.

The sexually transmitted infection is becoming resistant to the usual recommended treatments around the world and creating new antibiotics is “not very attractive for commercial pharmaceutical companies,” the WHO said.

Gonorrhea symptoms include a burning sensation when urinating and unusual discharge from the penis or vagina. Left untreated, the infection can cause serious health problems including long-term abdominal pain and pelvic inflammatory disease, which could lead to ectopic pregnancy and infertility.

But most people who are infected do not have any symptoms and in some cases, doctors mistakenly diagnose gonorrhea, health officials said.

Using antibiotics improperly is contributing to the development of antibiotic resistance in gonorrhea as well as other bacterial diseases, health officials said.

In the US, the CDC recommends a two-drug regimen — ceftriaxone and azithromycin — for treating gonorrhea.

Last year, a cluster of infections in Hawaii did not succumb as easily to the antibiotics as infections have in the past.

“Since 2005, we have seen four isolated cases that showed resistance to both drugs. But the Hawaii cases are the first cluster we have seen with reduced susceptibility to both drugs,” said Paul Fulton Jr., a spokesman for the CDC.