Pence: ‘We will put American boots on the face of Mars’ 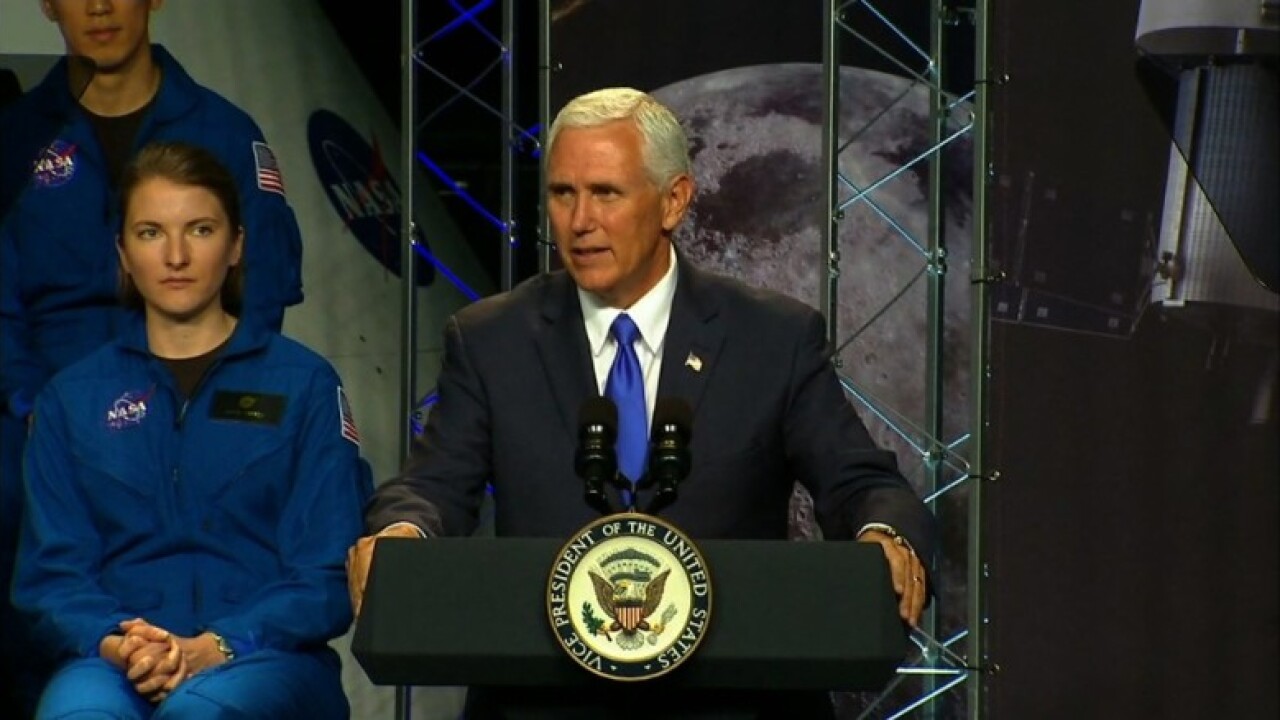 “Here from this bridge to space, our nation will return to the moon and we will put American boots on the face of Mars,” said Pence, delivering remarks to NASA employees at the Kennedy Space Center in Florida.

“The American space program has a champion in the President of the United States,” Pence said, adding that the White House plans to “usher in a new era” of American space leadership.

Pence also said space is vital to American national security interests, promising: “I can assure you that under President Donald Trump, American security will be as dominant in the heavens as we are here on Earth.”

The White House did not immediately respond to CNN’s request for more details Thursday afternoon.

Last Friday, President Donald Trump issued an executive order to revive the National Space Council, which was originally established in 1989 by President George H.W. Bush, but was discontinued in 1993.

Pence, who is the new chair of the National Space Council, pledged to reconvene the council in the coming months, and plans on “holding the first meeting of the National Space Council before the summer is out.” Pence added that the council will bring together experts from government agencies, the military, private industries and academic institutions to enhance the Trump administration’s space policy.

“The establishment of the council is another demonstration of the Trump administration’s deep interest in our work, and a testament to the importance of space exploration to our economy, our nation, and the planet as a whole,” Lightfoot said.

Trump has touted the future of space exploration in the past, even saying in his inaugural address in January that the US is “ready to unlock the mysteries of space.”

However, calls for the exploration of Mars are not new to the Trump administration.

In an op-ed published on CNN last fall, outgoing President Barack Obama set a “clear goal” to send humans to Mars by the 2030s and to have them return to Earth safely, “with the ultimate ambition to one day remain there for an extended time.”

In 2004, President George W. Bush also announced an ambitious plan to return to the moon by 2020, with hopes of allocating enough NASA resources to reach Mars in the future.