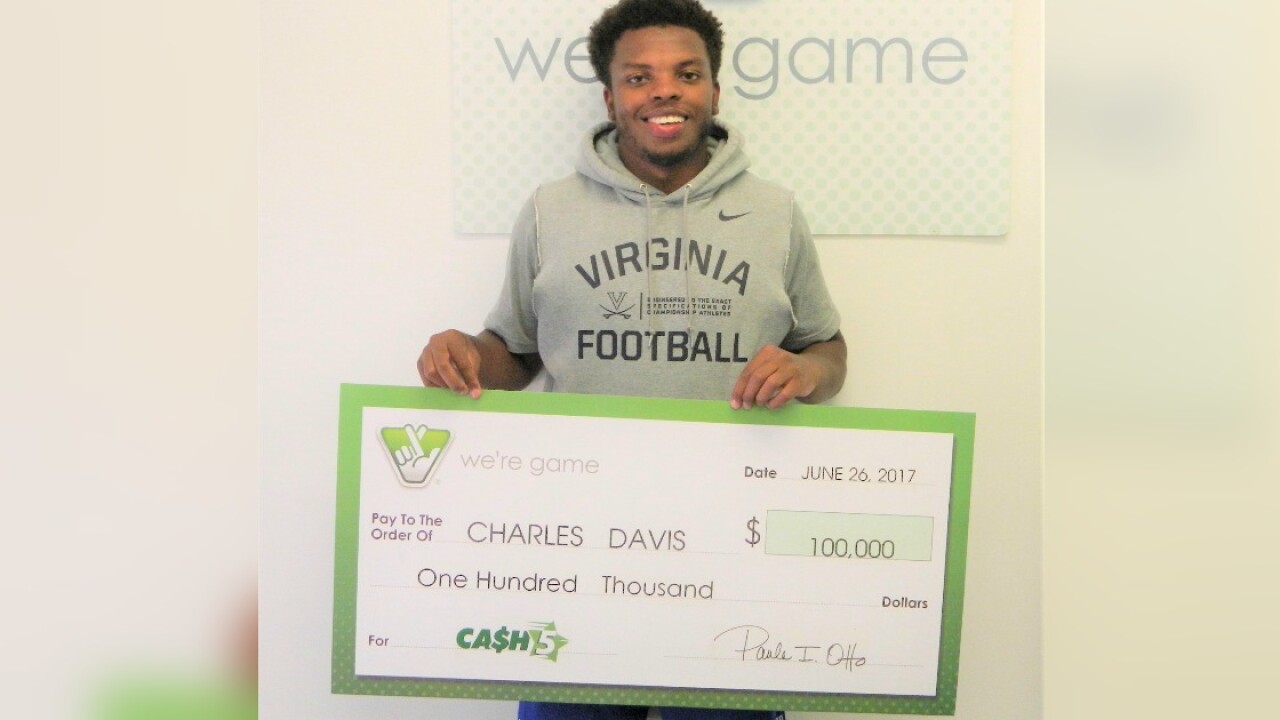 Davis, a cornerback from Northern Virginia, bought the winning ticket after an early-morning workout. He played numbers suggested by his grandmother when he stopped to get coffee for his mom at an Ashburn store.

“I looked at the numbers on the website after the drawing and said, ‘I… won!’” he said.

Davis sat out last football season after he transfered to UVA from the University of Nebraska.