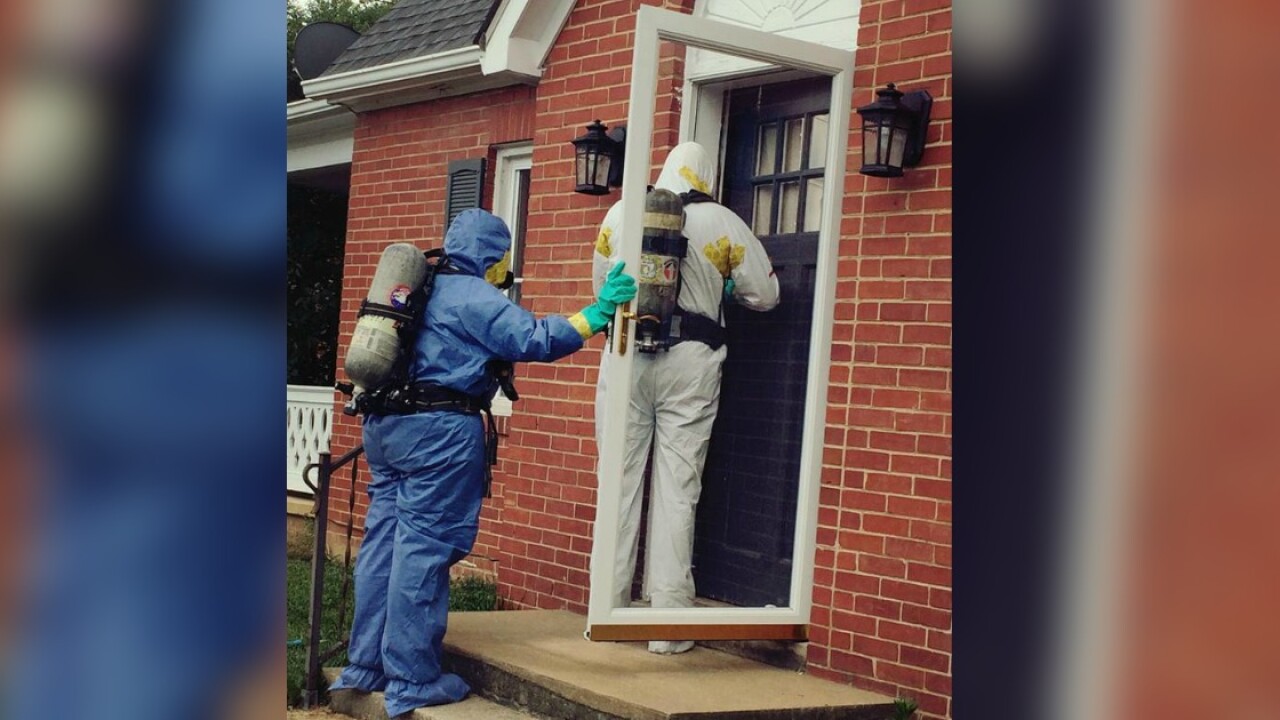 NEW MARKET, Va. — Shenandoah County Sheriff’s Deputies found more than 60 dogs and cats inside a woman’s New Market home Thursday after a “concerned citizen” called them to check on the animals.

“Several of the animals were found to be in very poor health and the conditions that they were in were found to be inadequate,” a sheriff’s office spokesperson said. “Twelve dogs and one cat had to be euthanized at the scene by a Veterinarian.”

The home was condemned after the Fire Marshal’s office determined ammonia levels inside the home were over 100 parts per million.

“Deputies had to use protective clothing and breathing apparatus to safely enter the residence to remove the animals,” the spokesperson said.

The owner of the animals was cooperating with the investigation.