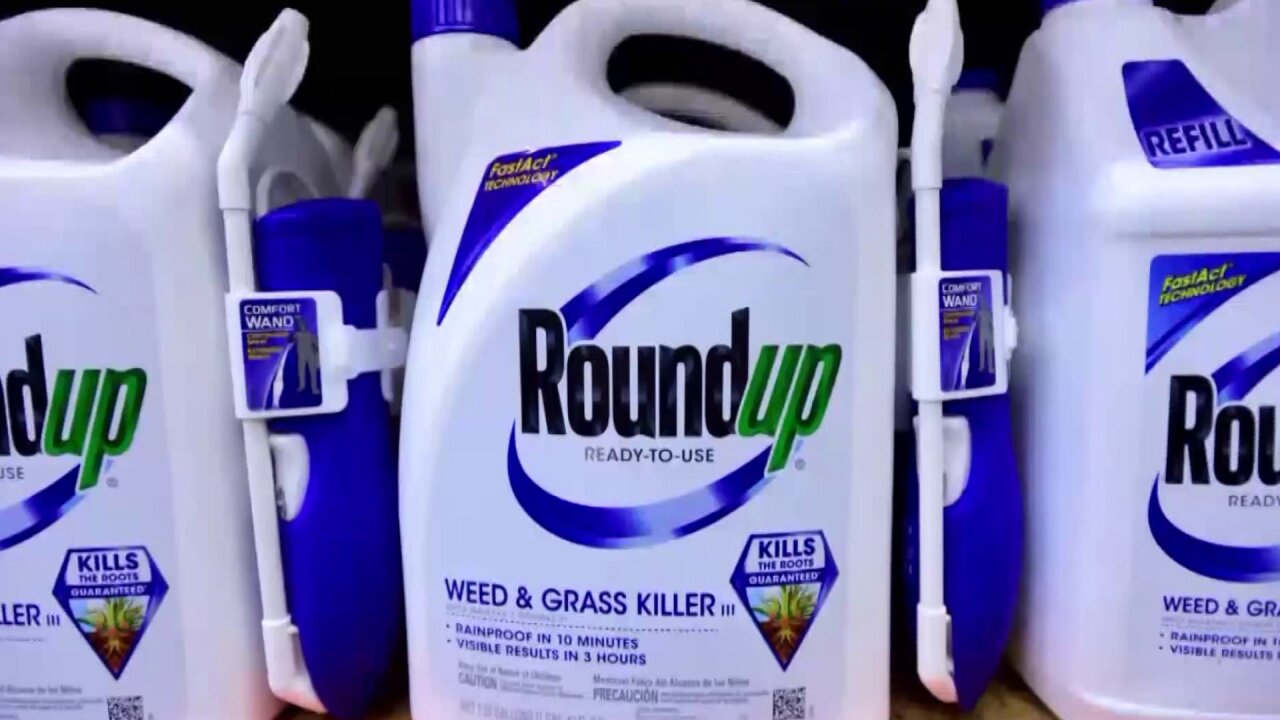 One of the most popular herbicides in the world can cause cancer, California health officials say, and they might demand warnings saying so.

That herbicide, glyphosate, the key ingredient in weed killers such as Roundup, will be added to California’s list of chemicals that can cause cancer, the state’s Office of Environmental Health Hazard Assessment, or OEHHA, said this week.

California keeps a list of carcinogenic chemicals because of a law commonly called Proposition 65, which “requires businesses to provide warnings to Californians about significant exposures to chemicals that cause cancer, birth defects or other reproductive harm.”

The decision to add glyphosate to that list stemmed from the International Agency for Research on Cancer’s assessment that glyphosate is “probably carcinogenic to humans,” said Sam Delson, deputy director of OEHHA.

In May, CBS 6 reporter Melissa Hipolit reported about a Chesterfield man is part of a mass tort lawsuit against the chemical company, which makes round up.

But Monsanto, the maker of Roundup, is fighting back.

“Glyphosate is not carcinogenic, and the listing of glyphosate under Prop 65 is unwarranted on the basis of science and the law,” said Scott Partridge, Monsanto’s vice president of global strategy.

The company sued California’s OEHHA to stop the listing, but last week the California Supreme Court rejected Monsanto’s request for a stay. “That led us to move forward,” Delson said Wednesday.

Hundreds claim they got cancer from Roundup

And an internal Monsanto company email said an EPA official had offered to “kill” a separate investigation into glyphosate. That official, who was the head of the EPA’s Cancer Assessment Review Committee, has since retired.

Monsanto has consistently maintained that the herbicide is safe.

“California’s sole reason for listing glyphosate under Prop 65 is the fatally flawed classification by IARC, which ignored crucial scientific data that undermines its conclusion,” Partridge said.

“In fact, since IARC classified glyphosate, regulatory authorities in the United States, Europe, Canada, Japan, New Zealand and Australia have publicly reaffirmed that glyphosate does not cause cancer,” Monsanto spokeswoman Charla Lord said in April.

In March, the European Chemicals Agency ruled glyphosate is “not classified as a carcinogen.”

Christine Sheppard, one of the cancer patients suing Monsanto, said she’s thrilled by California’s decision to list glyphosate as carcinogenic.

“I thank all the powers that be that I live in California, a state that actually looks after its citizens,” she said Wednesday. “It is a great start, and let’s hope that others follow California’s wise leadership.”

To label, or not to label?

Despite California’s ruling, it’s not certain whether Monsanto will have to issue cancer warnings for glyphosate products sold in the state.

Under California law, “a warning must be given for listed chemicals unless the exposure is low enough to pose no significant risk of cancer or is significantly below levels observed to cause birth defects or other reproductive harm.”

That leaves one big question: Is the amount of glyphosate exposure from using Roundup enough to pose a “significant risk”?

“As for Roundup itself, we’re not sure,” Delson said.

Delson said his agency is trying to establish a level for how much glyphosate exposure would equal a significant risk. He said the current proposal is 1.1 milligrams a day, though a final answer might not be ready until July 2018. It’s unclear how much exposure a user might have, given the wide variation in how the product is used.

And if a certain product is deemed to pose a significant risk, the manufacturer doesn’t have to put a warning label on each container, Delson said. It could instead have a warning sign next to the product in stores.

If makers of glyphosate products have to issue cancer warnings in California, they would have a year before that requirement would be enforced.

“That year gives them time to either change their labeling or … hopefully modify their products to make them safer,” Delson said.

“This is not the final step in the process, and it has no bearing on the merits of the case,” Partridge said. “We will continue to aggressively challenge this improper decision.”