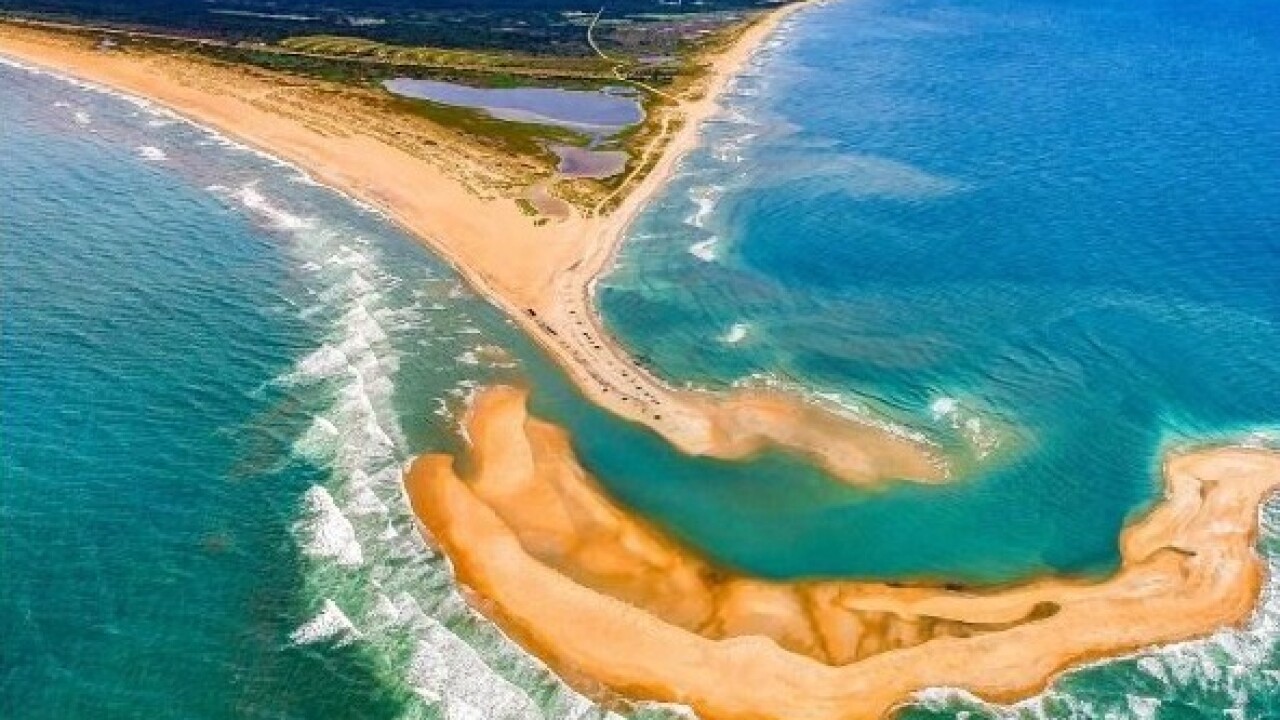 Chad Koczera captured this shot of the island via drone.

Chad Koczera captured this shot of the island via drone.

North Carolina’s Cape Hatteras National Seashore has always been stunning, but now there’s a new wonder for visitors to explore.

A new island has appeared in the ocean almost overnight.

Spotted by eagle-eyed locals on the ground — and photographed by Chad Koczera — the sandbank has grown from tiny isle to large land mass.

Now visitors are braving the waters to explore this new addition to the shoreline.

Chad Koczera captured these shots of the island via drone.

Koczera, vacationing in the area with his fiancee, was also on the hunt for shells went he spotted the island.

“We originally headed that way to collect shells after a storm,” Koczera tells CNN Travel.

The photographer spotted the mysterious island, but realized he couldn’t access it by foot.

Koczera was rewarded with spectacular photos of this sandy island.

Cape Hatteras is famous for its surf and beach community.

The island is roughly one mile long and located in surfing hotspot Cape Point.

But officials have warned that people should not attempt to swim to the island.

Waters are deep and the current is strong.

The mile long island that has formed off of Cape Point Hatteras. #shellyisland #kayaking #hatteras #capepoint

The island could disappear as quickly as it arrived.

But in the meantime, locals and visitors alike can enjoy the ever-changing Cape coastline, as long as they take the necessary precautions.